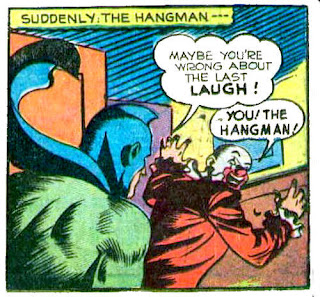 
Are you afraid of clowns?


What is it about clowns, anyway? Was it Robert Bloch who creeped us out with the story of the clown at midnight? We laugh at the clown in the circus, but what if we were to open the door at midnight and there is the same clown, bathed in moonlight...booooohahaha.

OK, OK...stay on the subject, Pappy...the mind wanders. This story, "Hangman Special Case #2" is from Special Comics #1, from 1942, which is a one-shot, actually the first issue of Hangman Comics, a lurid MLJ title from the war years. In case you don't remember, the Hangman was the Comet's brother, and sought vengeance after his brother was killed.

Harry Lucey is credited with the artwork. Lucey had a long career in comics, with MLJ, and then when the company became Archie Comics. He worked up through the 1970s, and died in the 1980s. 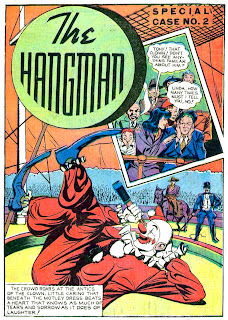 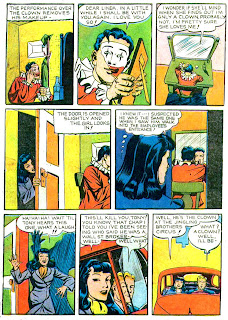 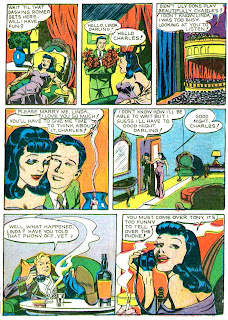 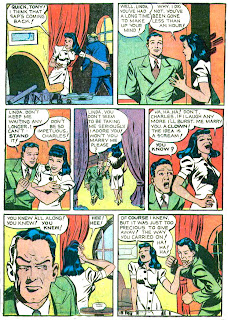 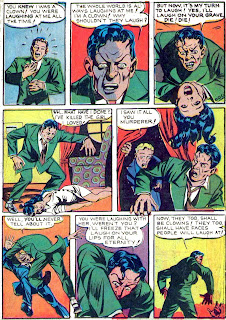 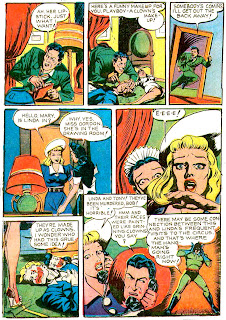 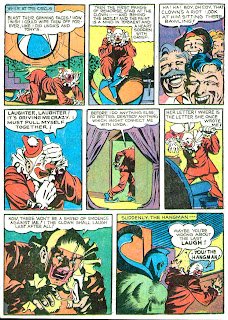 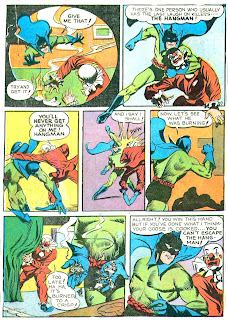 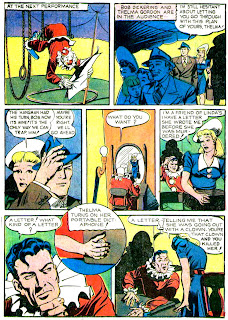 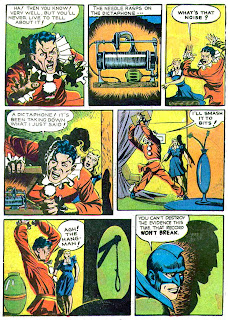 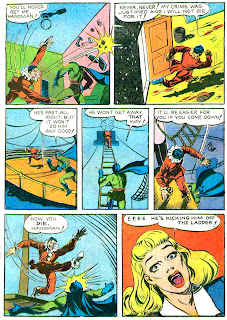 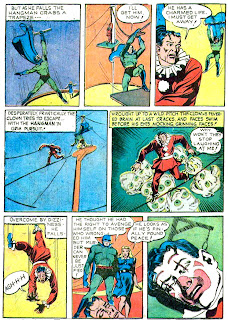 As lurid as they were, the golden age HANGMAN was better than the just-released HANGMAN foisted on us by DC and said to be the MLJ/Archie character. Ugh!

this one feels a little like a Lon Chaney Sr. maligned-clown revenge scenario...