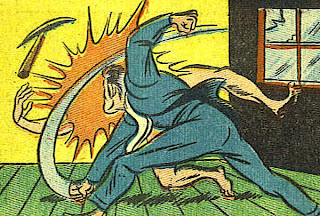 
The Art of Harvey Kurtzman, The Mad Genius of Comics by Denis Kitchen and Paul Buhle is a fabulous book, highly recommended, which covers the most pertinent aspects of the career of one of comics' most revered creators. Kurtzman, born in 1924, first got work in comics at an early age. The biography shows examples of his postwar comic book work, but doesn't show any of his comic book art before he went into the Army. This particular Mr. Risk strip, from Four Favorites #9, dated February 1943, was drawn in 1942, when Kurtzman was barely 18. There's very little, if anything, of what we would later know as the Kurtzman style (arms and legs like noodles, bold graphics, stylized). It looks more Jack Kirby than Kurtzman.

It is always fascinating to look in on an artist's early work, if only because you know how he developed. Had Kurtzman continued on with this Kirby-style artwork we'd remember him today as a copier, not an innovator. The story is a fairly typical programmer of its day. Kurtzman also drew the Lash Lightning feature in that issue of Four Favorites, but the copy I have is too damaged. Of the two strips I think Mr. Risk is the better drawn, which isn't saying a lot, but considering his youth it's actually extraordinary. I ask myself what I was doing at age 18. Nothing like this, anyway. 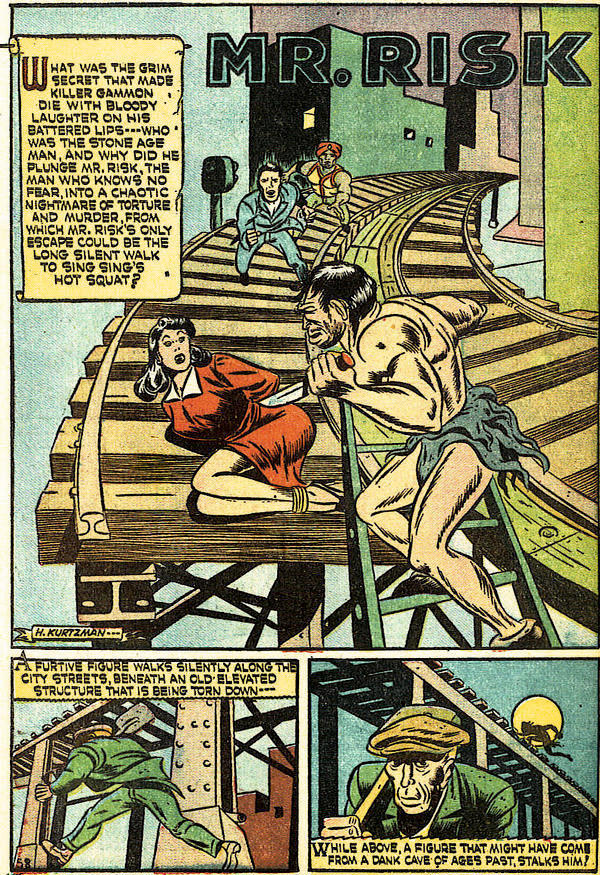 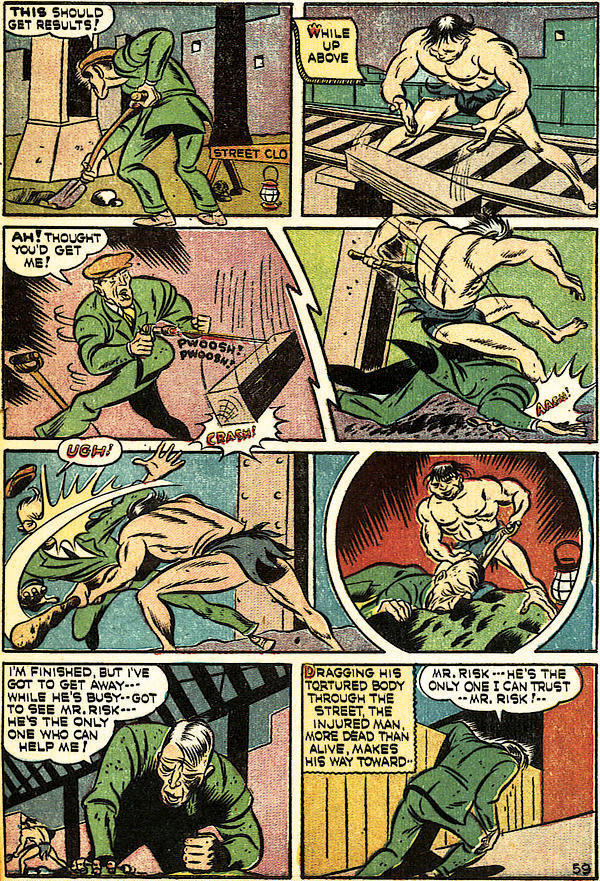 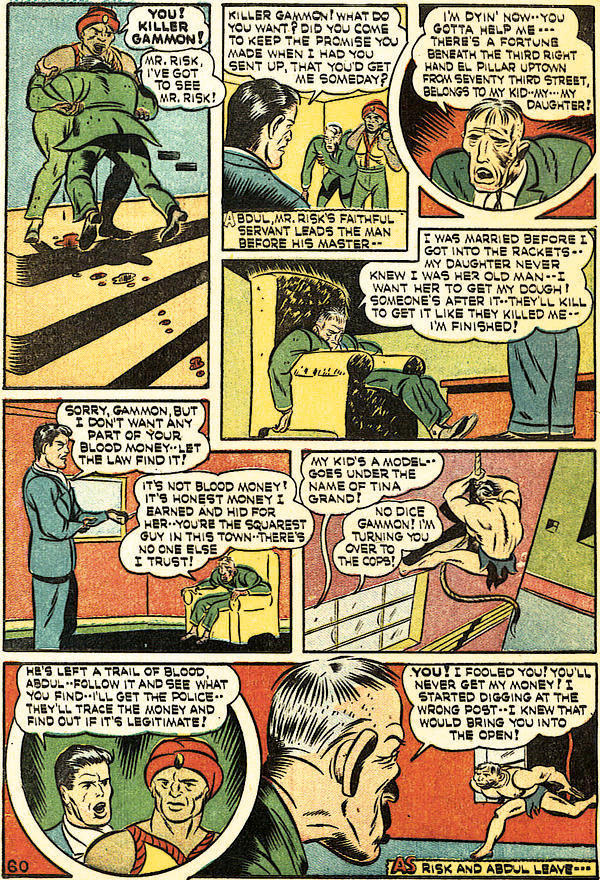 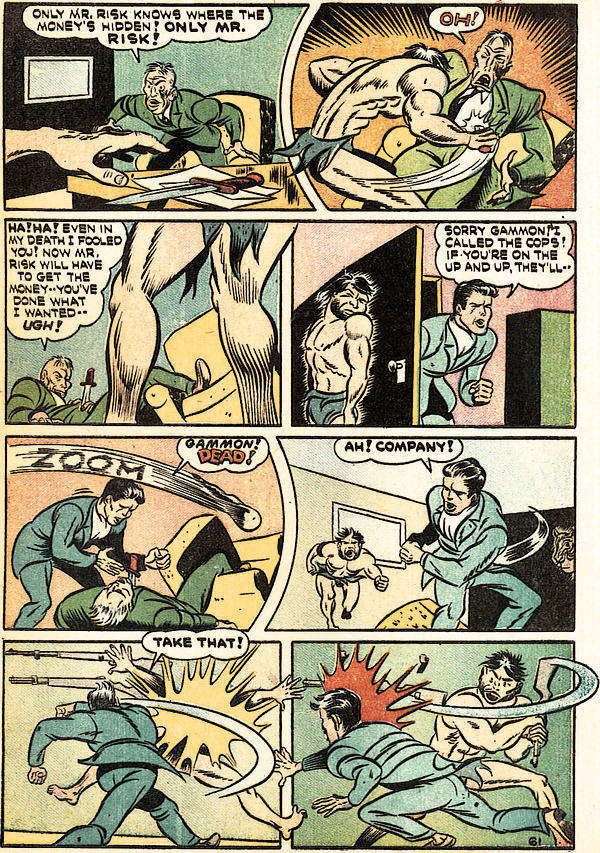 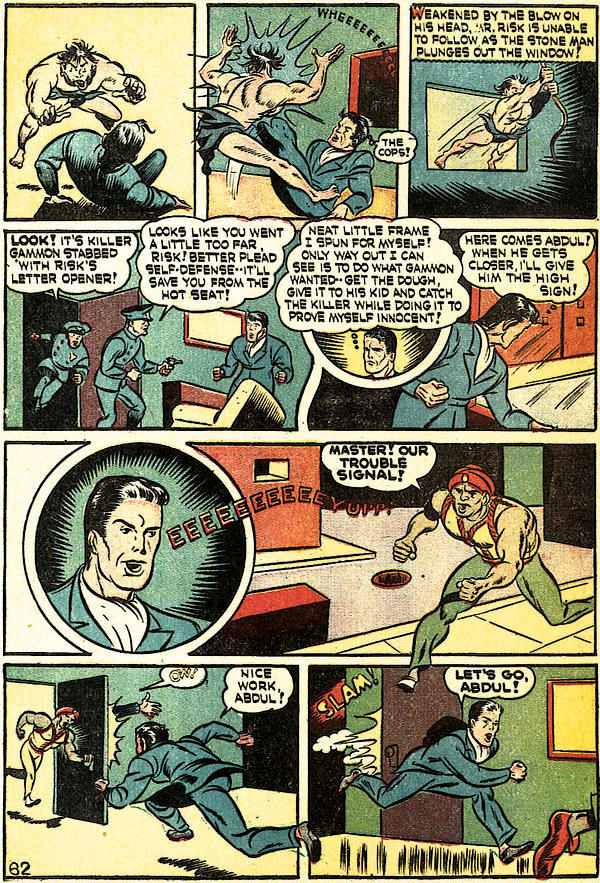 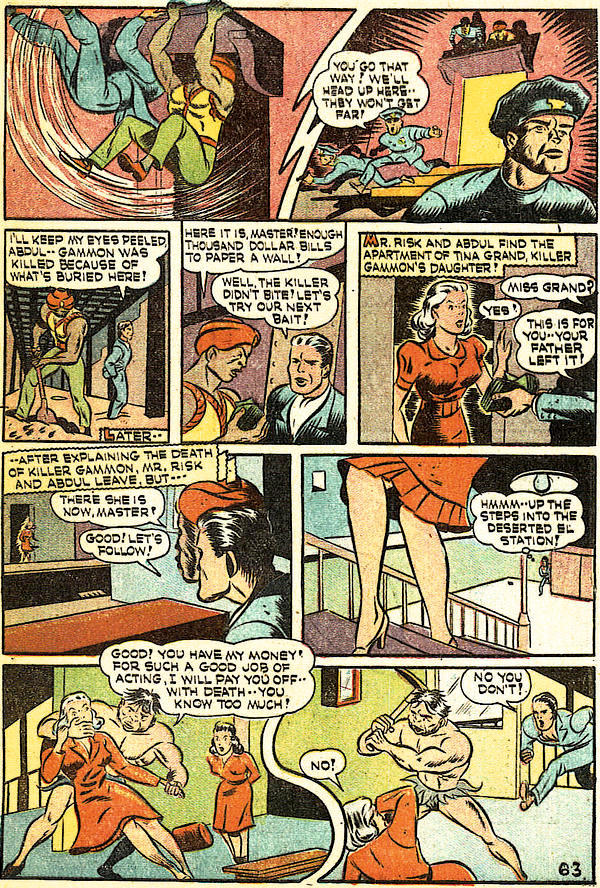 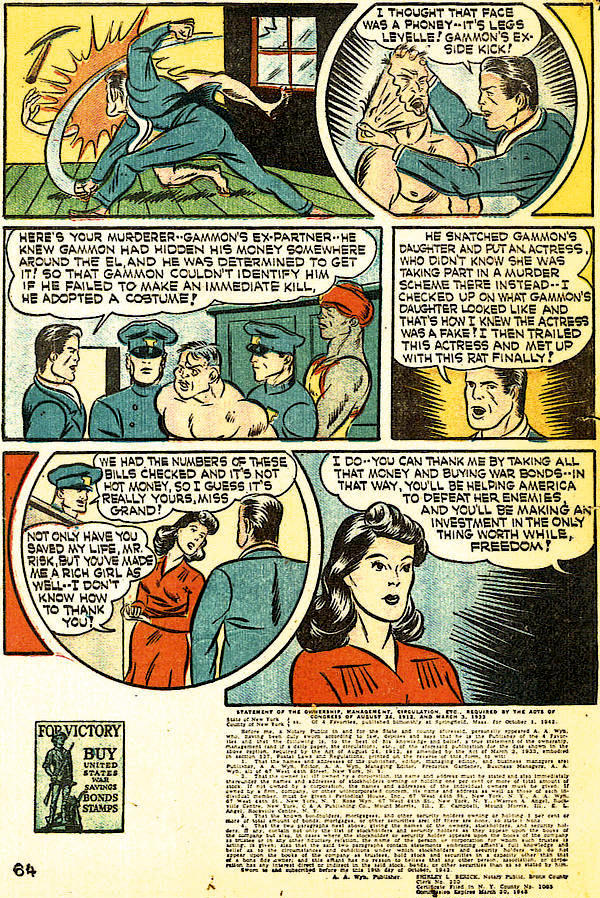 Great fun to watch his development as you say. I can definitely see Kurtzman in some of the characters when they're moving, particularly the policemen on the next to last page.

If he were still alive Harvey might be embarrassed to see that this old stuff had been resurrected, but while crude we do see the seeds planted that grew into the mature Kurtzman.

It looks to me that Harvey was a comic book fan, that he really liked the medium, or he would have picked some other field of art. Seeing his work influenced by Kirby was an eye opener for me because it showed that Kurtzman was a student of the form, that he studied other artists.

Am very glad to see early Kurtzman. I have been curious for many years about what it looked like. I think he was trying for a contemporary style to get his foot in the door at some studios.
Thanks for sharing.

Great post Pappy, you really do find some cool stuff!