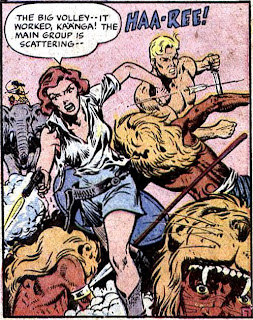 
From Ka'a'nga #20, Summer, 1954, the last issue of that Fiction House title, we have the final Ka'a'nga story by one of the best and yet underrated artists in comics, Maurice Whitman. Whitman did covers for Fiction House in all the company's genres, did interior art, and was great at all of it. Why isn't there a Maurice Whitman cult following like there is for so many comic book artists? I don't know.

There's an interesting string on Collectors Society about Whitman, showing some of his outstanding covers. One correspondent said that Whitman's son is a tattoo artist and the fan thought of getting the son to do a tattoo as homage to his father, a cover like Ghost Comics #1. Only a comic book fan would think of that.

Ka'a'nga, with the unpronounceable name (I read it as Kah-ah-ahnga or a slight variation, and I avoid pronouncing it out loud) is yet another Tarzan type. Ka'a'nga starred in Jungle Comics from issue #1, and got his own title in 1949. He had his origins in Fiction House pulps under the name Ki-Gor,and why the name was changed to Ka'a'nga is anybody's guess. If you believe pulps and comic books there were about as many white jungle men and women as there were African natives. Personally, I always wondered how they kept from being eaten alive by bugs, or killing their bare feet running through jungles (calluses thick enough that spears would bounce off them, no doubt).

Ah, but I digress. Here's Ka'a'nga as drawn by the underappreciated but really fine comic artist, Maurice Whitman. 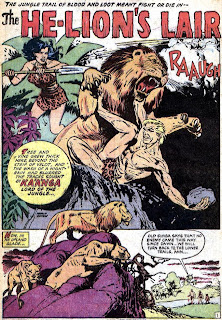 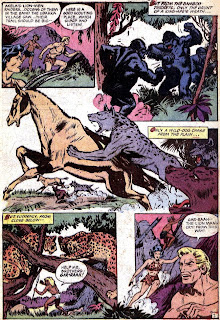 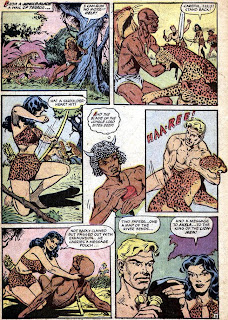 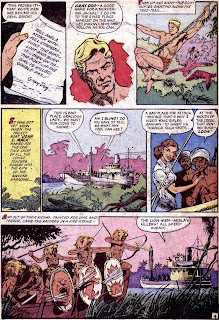 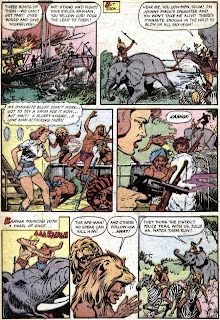 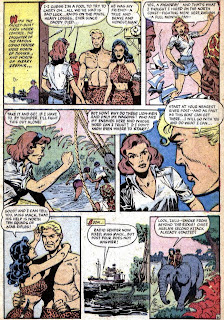 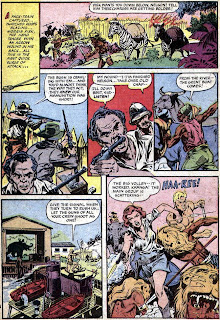 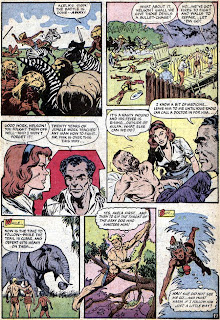 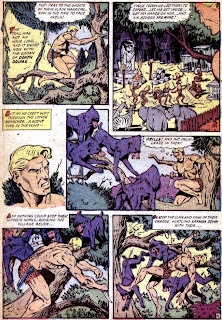 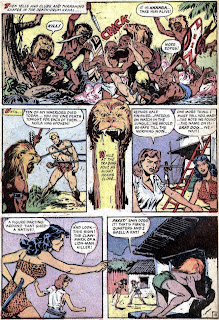 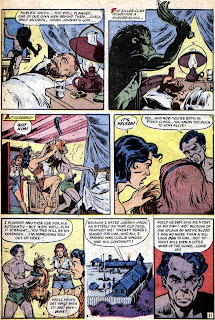 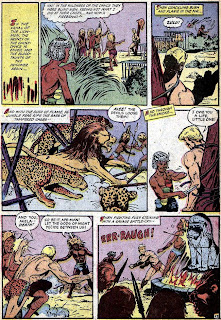 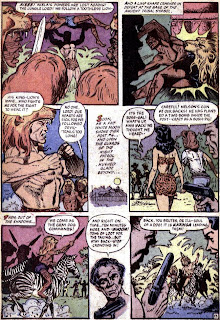 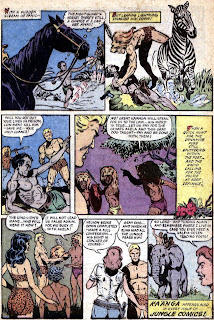 The indexer at the GCD noted that pages 3-14 of this story reused the art, but with new text and dialog, from Jungle Comics #125 (May 1950), "Skulls for Sale on Dismal River".
Thanks!
Darci