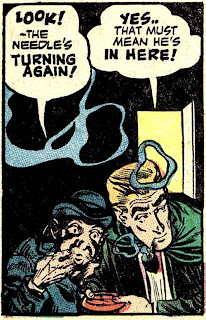 
The doctor is in!


Sometime in the mid-1970s my friend, Del, drove over 40 miles from his home to show me something he had bought. "I've found an undiscovered Will Eisner story! He was drawing another character under a pen-name, Jerry Grandenetti!" he announced, showing me a copy of Fiction House's The Monster #1.

Poor Del. He wouldn't have bought the comic had he known the story was not by Eisner. Del was a bit of an art snob, only collecting artists he thought were the very top of the comics A-list: Raymond, Foster, Eisner, the EC comics artists, etc. I had to tell him it wasn't Eisner, and that Jerry Grandenetti was indeed a real person using his real name. It was worth it to break his heart, because he sold me that copy of The Monster for what he paid, $2.50.

Jerry Grandenetti had quite a comic book career, including a stint as one of Will Eisner's assistants on The Spirit. As far as I'm concerned he's on the comics A-list I keep in my head. 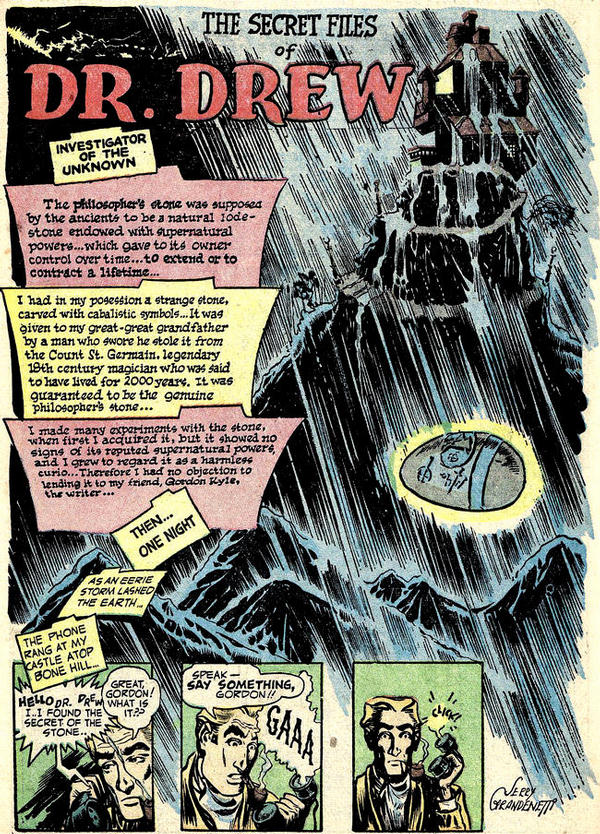 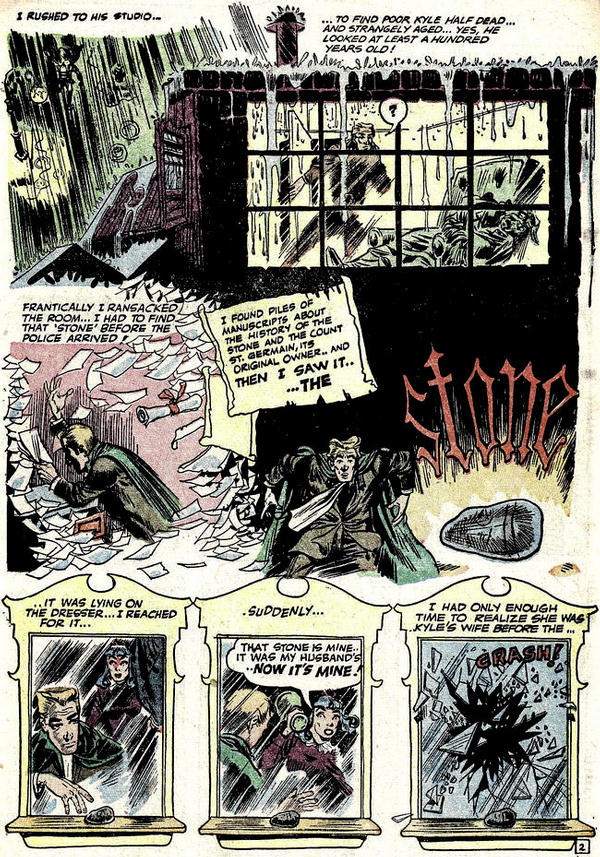 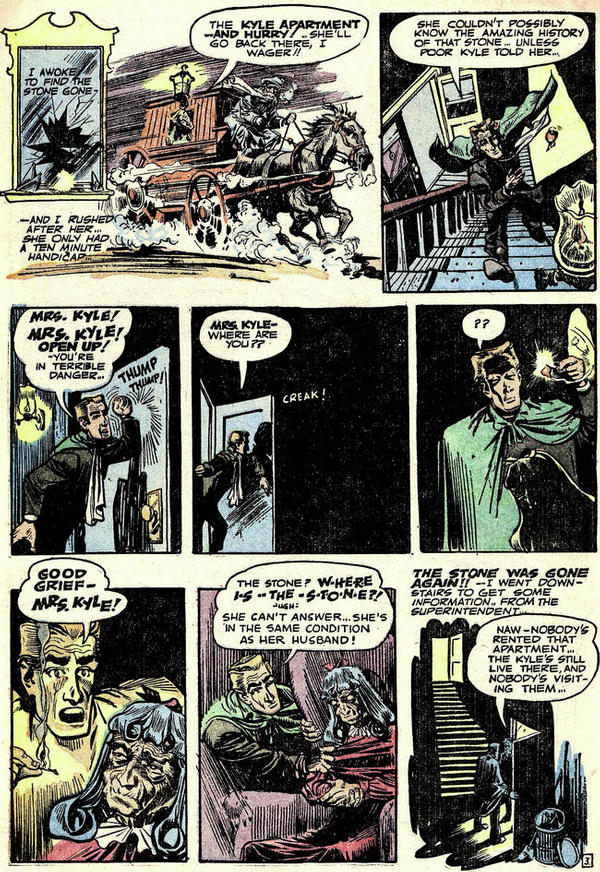 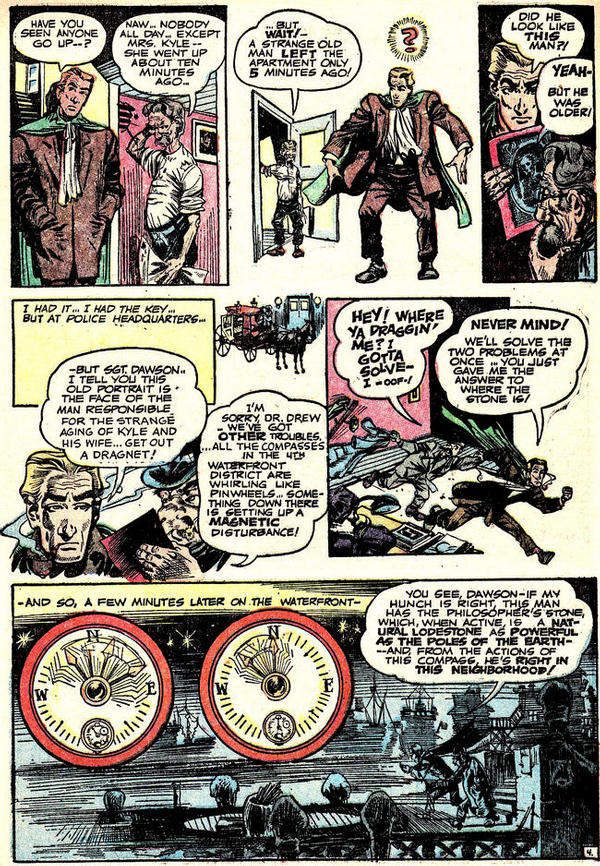 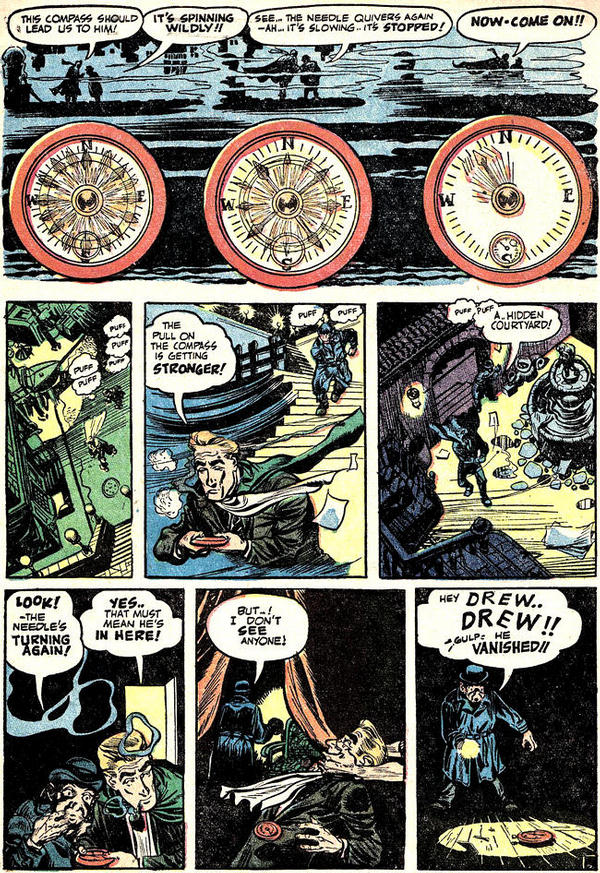 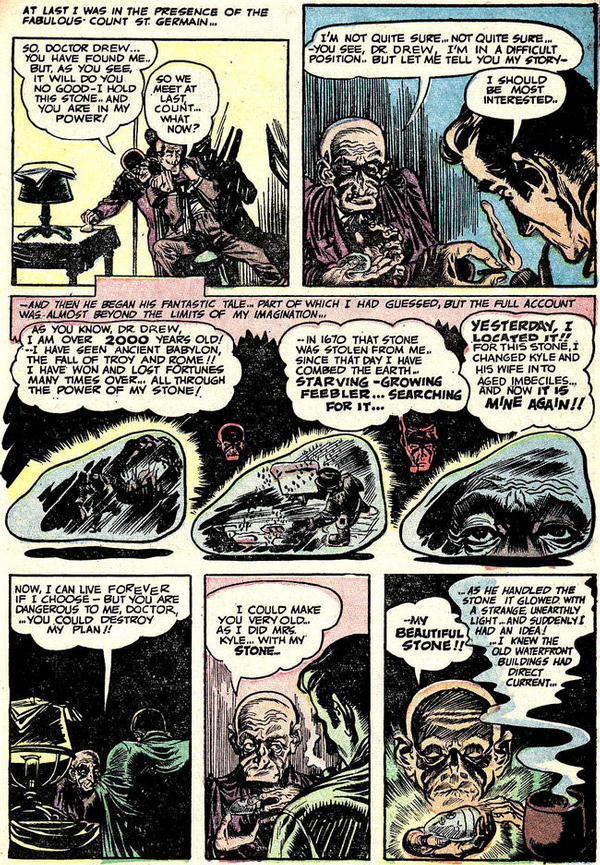 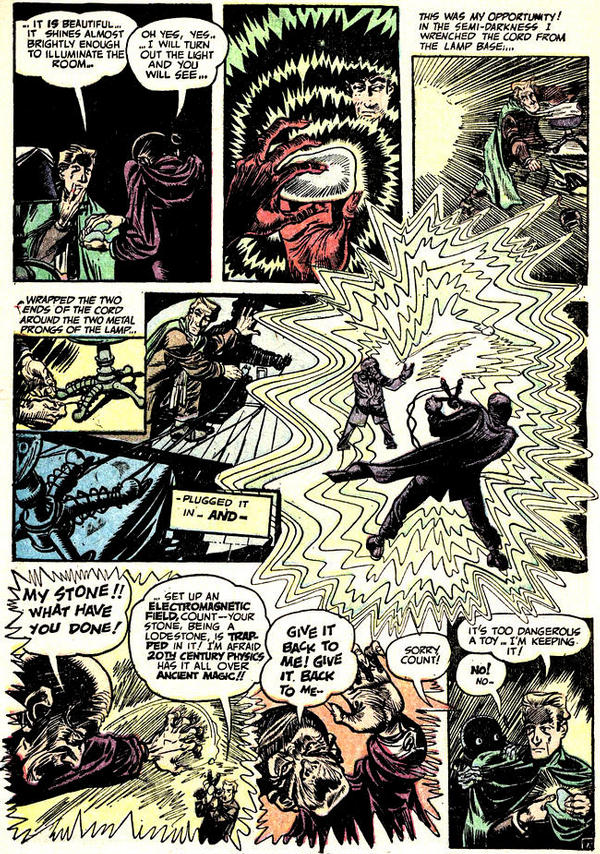 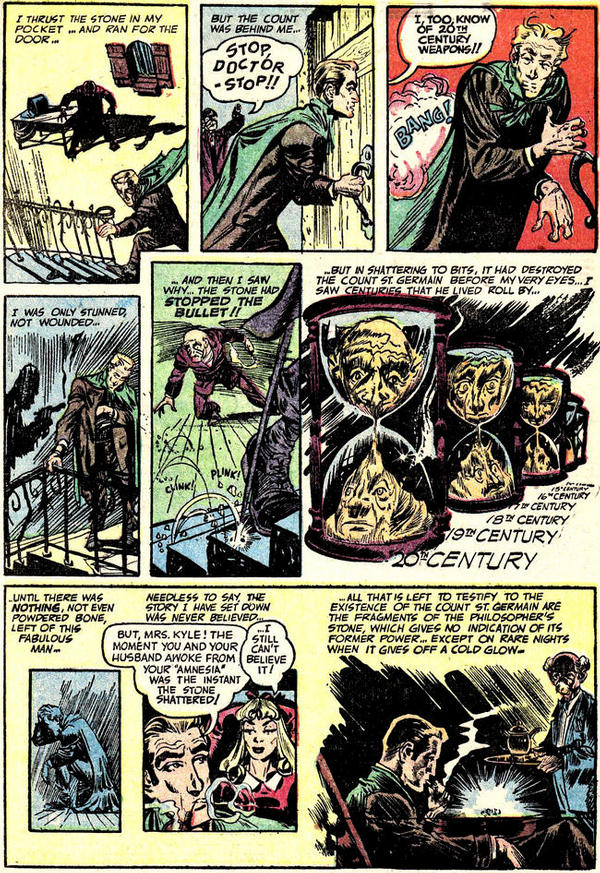 The always under-appreciated Jerry Grandenetti! Beautiful stuff. And conceptually speaking, panel Six on the last page is stunning! Love his work. Thanks, Pappy!

Looking back, Grandenetti's career reminds me of that of the much more recent Bill Sienkiewicz--he started out aping a mentor them developed a highly stylized (but not always popular) style of his own. Never appreciated Jerry at DC when I was a kid but learned to later by seeing reprinted stories like this and watching his uniqueness develop. Thanks. Never seen this one in color!

I don't know if the parallel to Sienkiewicz really works...since Grandenetti essentially *was* Eisner, what with the studio system and Eisner's often minimal involvement in Spirit stories...

What's often seen as Eisner's best Spirit work, the mid-to-late 40s, is often nearly pure Grandenetti (with Marilyn Mercer doing most of the writing). Eisner was basically a supervisor at that point.

But yeah, it was Eisner's style, but Grandenetti had a lot of tricks of his own.

Thanks for sharing this beautiful story!

Apparently the complete Spirit story that Steranko chose as an example of Eisner at his best for The Steranko History of Comics was in fact drawn by Grandenetti. Steranko was apparently pissed when he discovered this -- I saw him at a con in London around 1980 and when asked about Eisner he just said "What did he ever draw?"

Grandenetti was indeed a wonderful artist and yes, always under-appreciated.