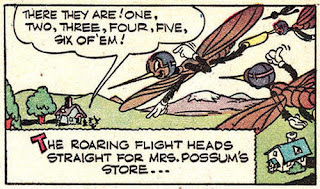 
New Funnies #72, where this Oswald story appeared, came out in 1943, but the story was drawn in 1942. I posted another strip from this issue, Billy and Bonny Bee by Frank Thomas, in Pappy's #168. Both of the stories show that while the war wasn't directly addressed in New Funnies, it wasn't that far away. Many, if not most, of the children reading this comic book would have a father, brother, or other family member in the war. It was close to home for everyone.

There's at least a nod to the war jitters of the time, some mosquito dive bombers. That wasn't a new image; everyone who made animated cartoons had used that cliché a time or two. It just had poignancy because of the circumstances around the time this comic book was published.

I like the crazy Woody Woodpecker in this story better than the later bland version. 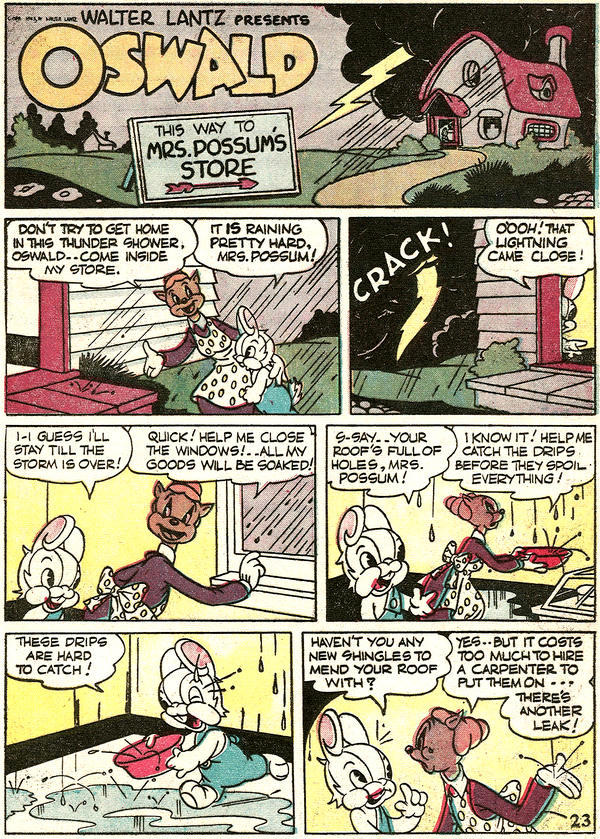 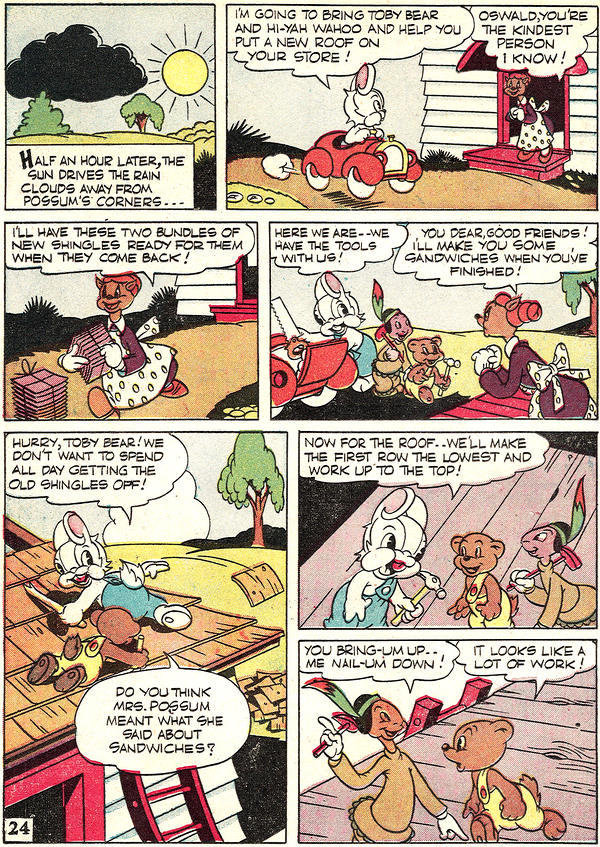 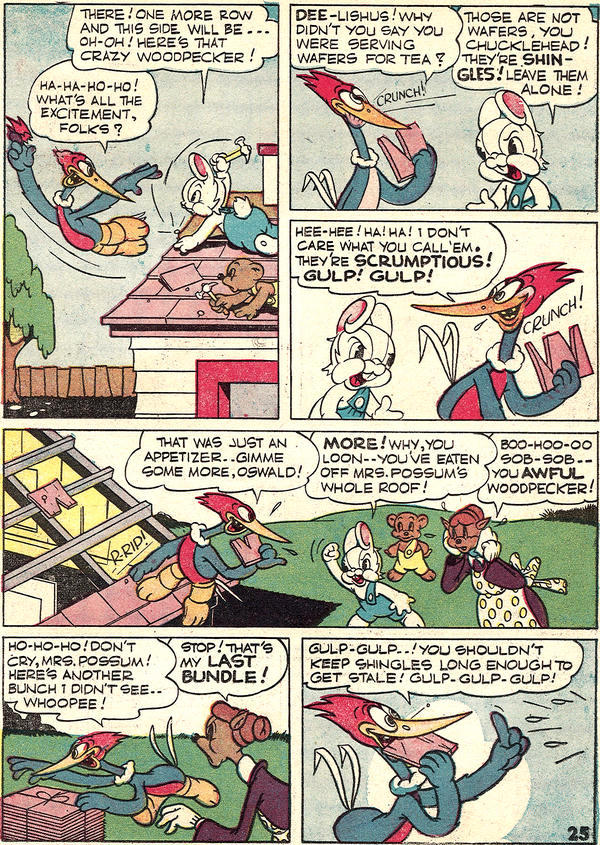 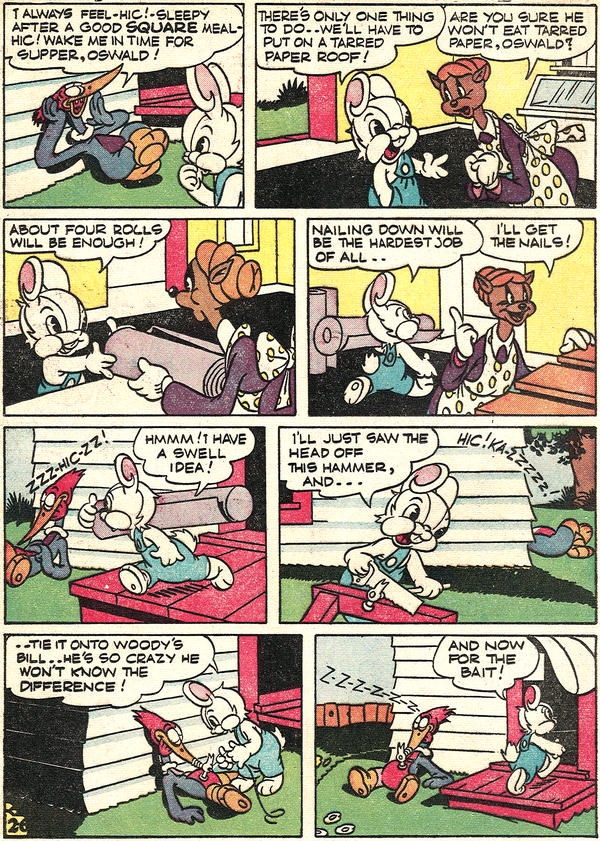 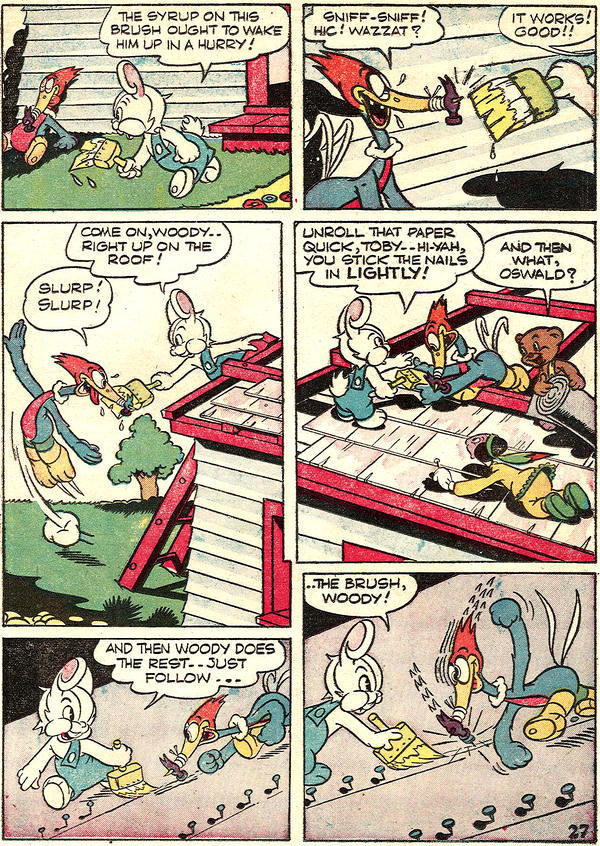 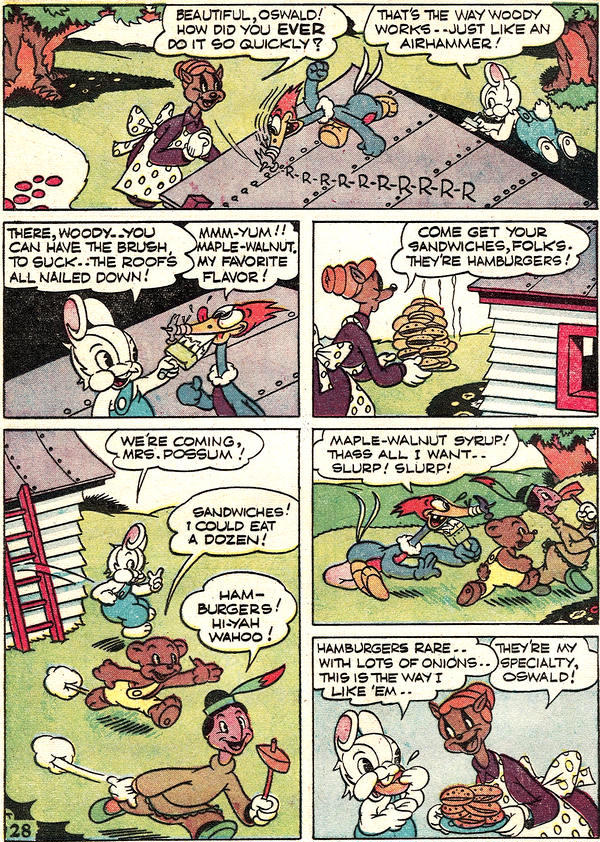 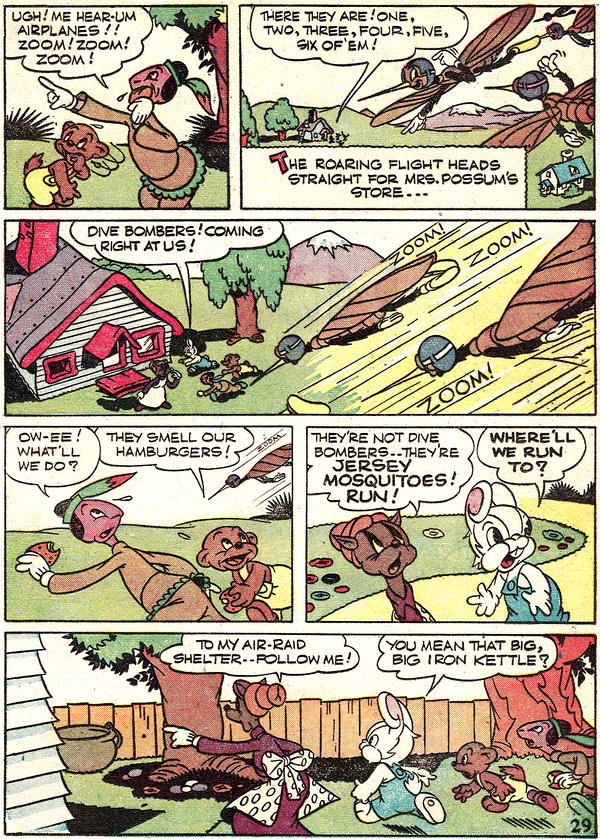 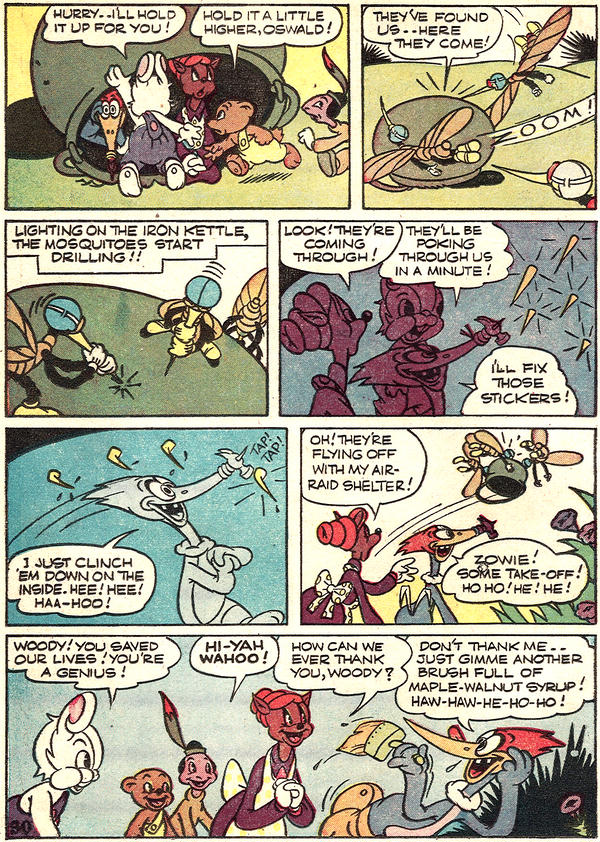 Didn't realize the loonier Woody
ever made it into a comic !

Wowie! I think Woody's been sniffing paint or glue.