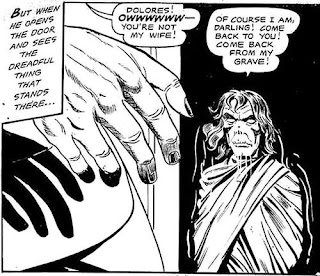 
Dr. Judas and the Wannaketa spell for zombie making


I hadn't read this story since I bought Eerie Publications' Tales From the Crypt one-shot* in 1968, and at the time I didn't understand or appreciate its perverse sense of humor. Dr. Judas, for a fee, will resurrect a loved one after death, but there is a problem with the resurrectee...it's a zombie.

In the New Testament Judas was the betrayer, and the one he betrayed was the one who could resurrect the dead. I love Dr. Judas' line at the grave, "Yes, I think the spell of Wannaketa should be used! Wannaketa, the first zombie master!" Who? Wannaketa? That sounds like a story in itself.

"Forever Dead" is truly strange, with a bizarre and funny ending. It was originally done by the Jerry Iger shop, probably for the Ajax/Farrell line, but I don't know what specific title. 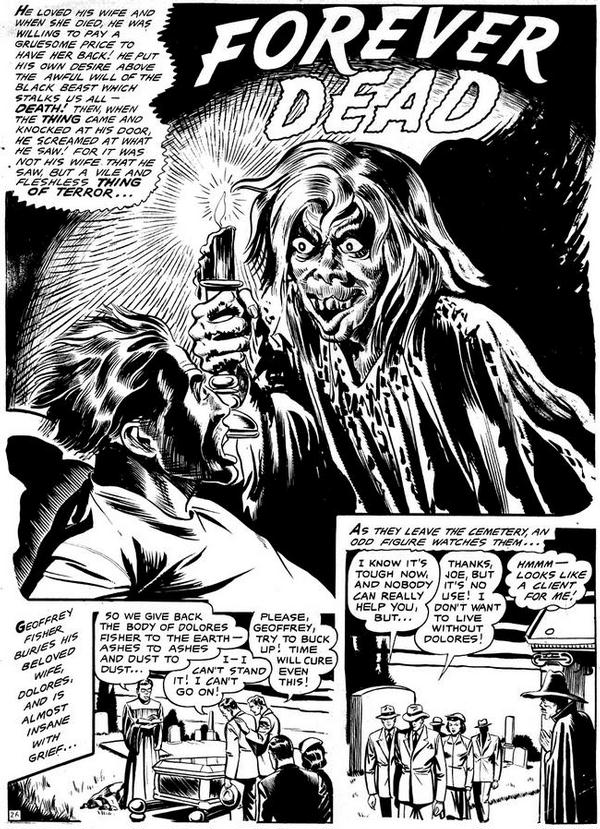 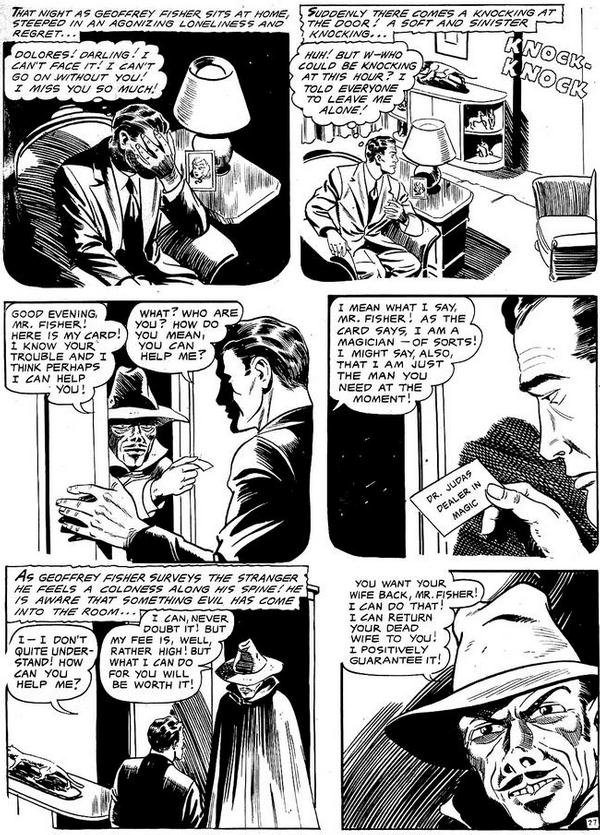 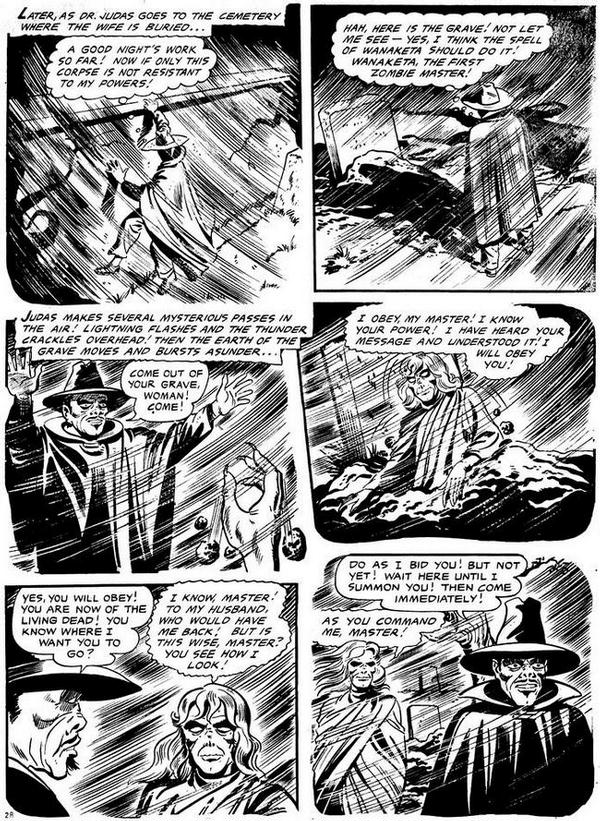 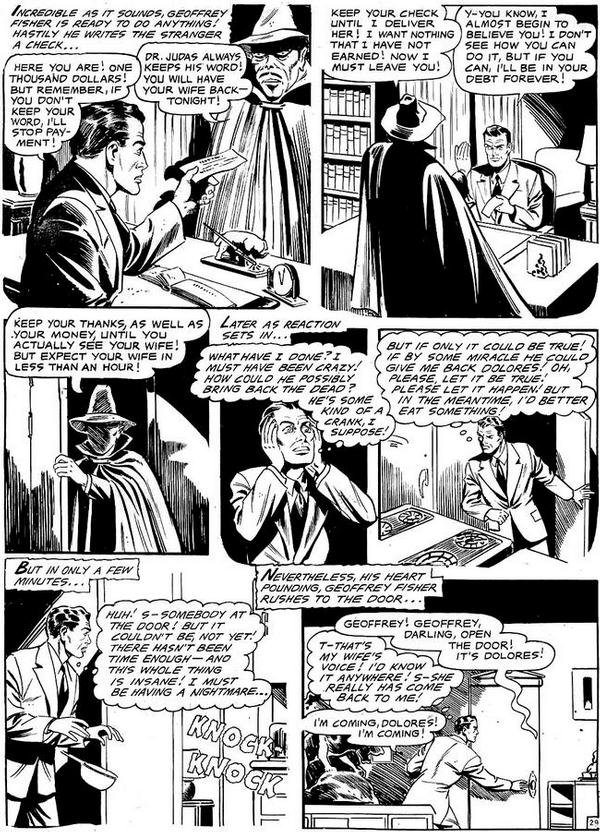 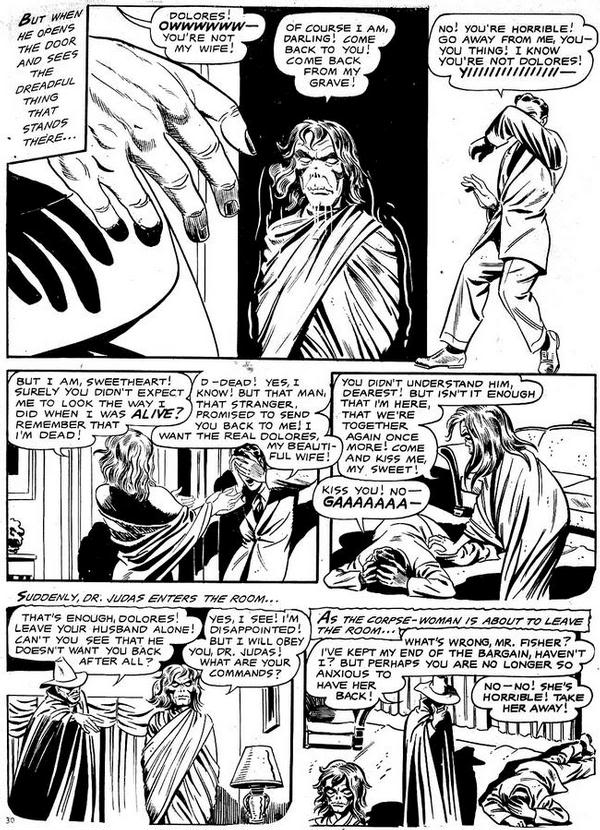 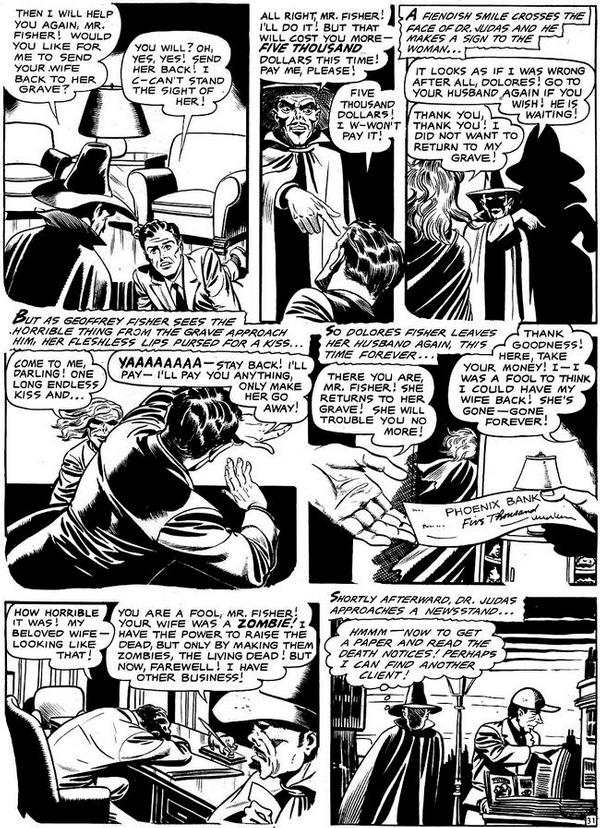 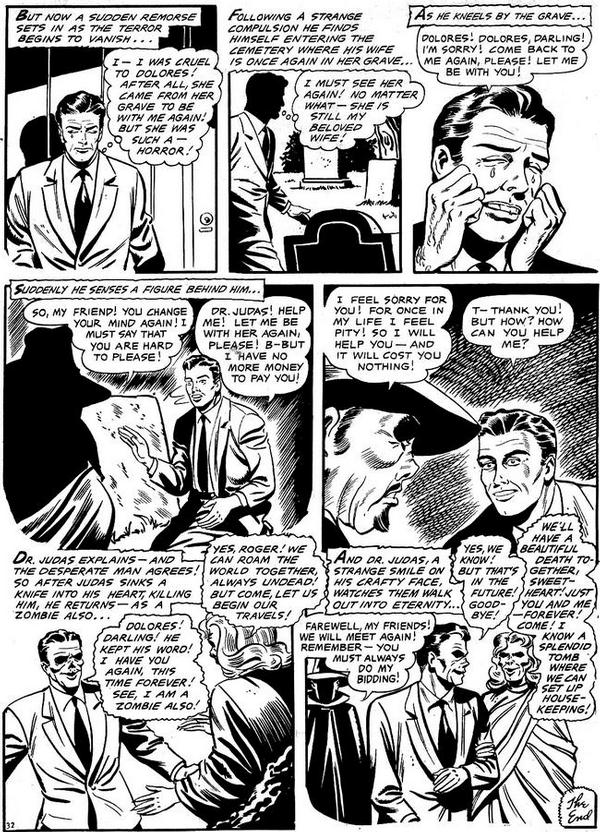