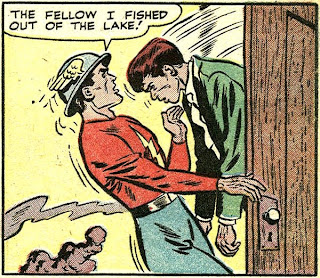 
Leopold Elias was born in 1920 in the UK, moved to the US when he was six-years-old. He entered comics very early on in their existence, and was a part of them until at least the 1970s, when he was drawing Human Fly for Marvel and the Rook for Warren. Elias died in 1998.

His work evolved over the years, but the period when this Flash strip was done was his Milton Caniff period. He used this style effectively on the Black Cat for Harvey. He was Caniff's assistant for a time and had some time on syndicated comic strips of his own. Elias is one of those comic book journeymen I often tout, the guys who could draw anything, Western, war, horror, crime, super heroes...the only thing I haven't seen is a funny animal strip.

A few weeks ago I showed a Green Lantern strip by Elias. "Anything Can Happen" is from All-Flash #30, 1947. Take note of the panels where Flash burns the ropes off his hands and feet. Don't try this at home, kids. 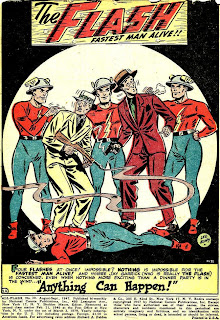 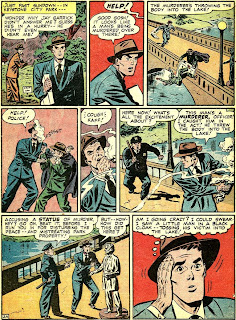 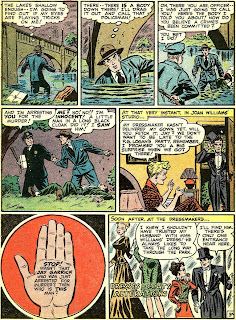 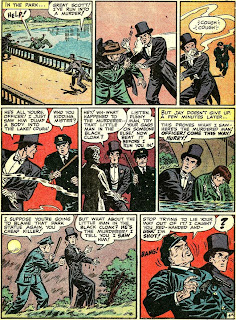 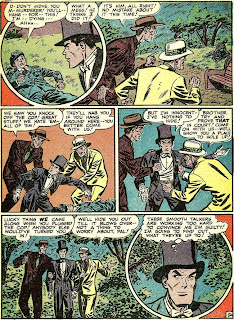 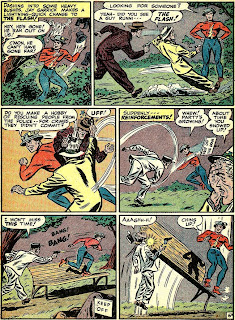 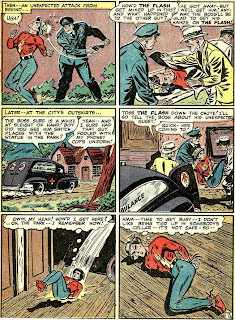 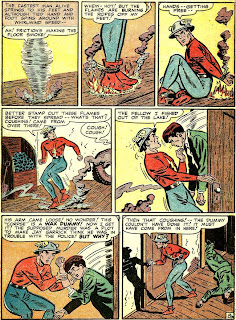 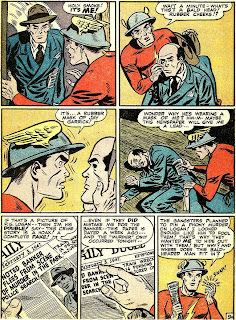 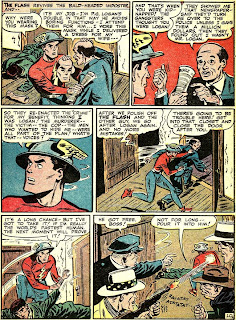 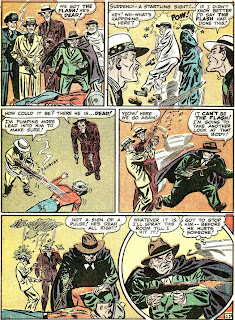 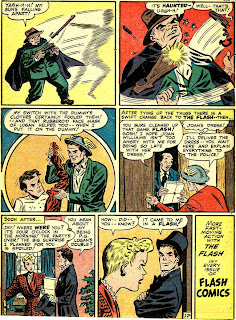 Pappy, I like Elias too, and always thought he was particularly good on the "Tommy Tomorrow" series in SHOWCASE and on some DC anthology and back-up stories of that era too ('The Metal With a Memory' in HOUSE OF MYSTERY #153 comes to mind).

Despite those skillful SF appearances, I don't think he'd ever have been the right artist for "Adam Strange" (not that anyone could have followed Infantino & Anderson, really) but, still, it would have been interesting to see what he might have done on the feature, had there still been Fox scripts for him to work with -- and Schwartz editing.
Richard