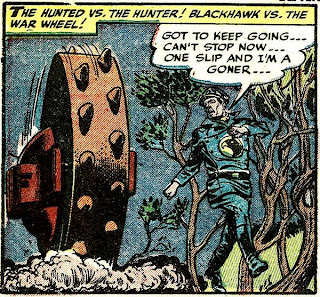 
Let loose the Wheel of war!


My dad, Big Pappy, said to my mother, "I'm going to the corner for some cigarettes. Want anything?" Mom shook her head no and went back to feeding my baby brother. I piped up, "Bring me a comic book!"

In the summer of 1952 I was five-years-old, too young to read but old enough to love comic books. I loved having Big Pappy read them to me. He said he'd look for a comic book, and sure enough he came home with one. Big Pap usually bought me Little Lulu or Donald Duck, but this time he brought home Blackhawk with the great Reed Crandall cover of the War Wheel. 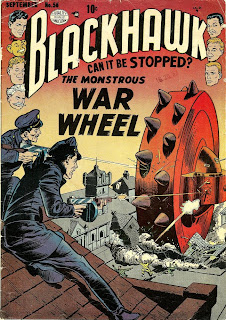 Big Pappy told me once he liked to read Blackhawk when he was in the Army Air Corps, because he was a flier. He wasn't a fighter pilot or military flier, but he had a civilian pilot's license. He never flew after the war, and never renewed his license when it lapsed. He always regretted it. Maybe in his daydreams Big Pappy saw himself as a member of the Blackhawk team.

I was awestruck by Blackhawk and the big War Wheel. My original copy of Blackhawk #56, September 1952, didn't survive, but I never forgot it; I jumped at it when I saw it at a Comicon in the early '80s. I was happy to see that the artwork on the lead story of my well-remembered comic was by Reed Crandall.

Wheel yourself into Pappy's memories: of his dad, Big Pappy (the Blackhawk who never was), and the comics fan Pappy came to be. 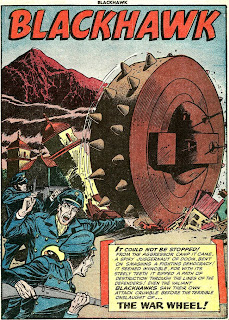 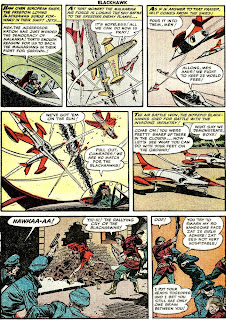 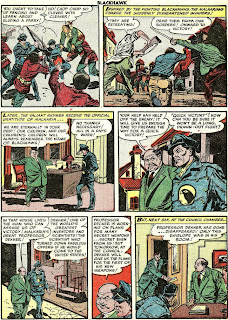 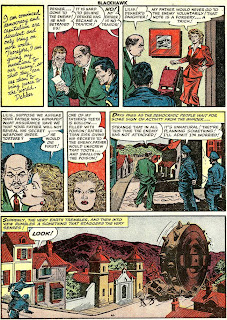 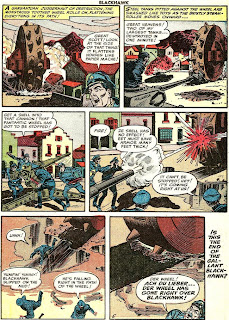 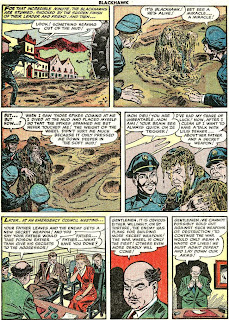 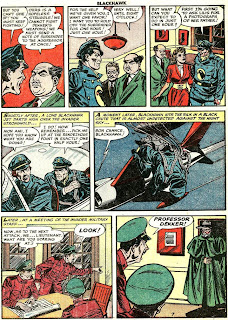 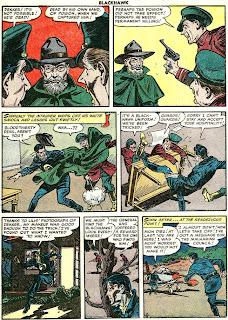 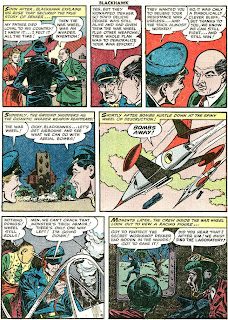 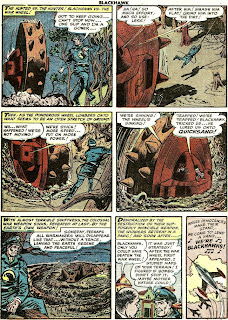 While Blackhawk #56 was the first War Wheel story, the Wheel was too great and diabolical an invention to be disposed of in one story. It came back several times, including the Mark Evanier/Dan Spiegle run of Blackhawk during the '80s. This is #252, which owes something to the cover of #56. 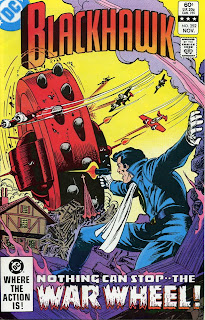 I remember reading war comics in the 1970's that had been created by a WWII veteran. He always ended the story with a little sign that said "War No More" in the corner. I wish I could remember who the artist was or the name of the comic. They may be packed away in my parents' garage.

Lily, the comics you mention were published by DC Comics, and the little "War no more" sticker was a way of giving a nod to the swelling anti-war sentiment of the times. Artists varied on the stories, but the best remembered are Joe Kubert, Irv Novick, Russ Heath, to name a few. I'm not an expert on war comics and I'm the first to admit it, but I remember "War no more" and thought it was an interesting editorial decision to include it.

Blackhawk was the only war comic i ever became familiar with and i always dug it, though i wonder why sometimes- the leather, perhaps? this one was awesome, although i question the wisdom of ALWAYS walking around with a poison tooth in your head...

It's funny how little things affect you. When I was about seven years old (1966) my barber always had a handful of coverless issues of BLACKHAWK from about five or six years earlier and I loved 'em! Never been all that big on military stuff but to this day BLACKHAWK, from the sublime Ward and Crandall stories of the forties through the wacky superhero sixties and Evanier's excellent revival, remains a favorite!

There must be something special or primal in the idea of the giant War-Wheel. In December of 1952, Airboy found himself facing a couple of them if the cover of the comic is to be believed.

The War Wheel is a great-looking weapon and could crush everything in its path but it looks tippy to me. A good shove could push it over. I guess maybe they used a gyroscope to keep it upright...?

Cash, thanks for bringing that issue of Airboy to my attention.

You can view the cover here.

Grewbeard, I always thought the Blackhawks looked like Nazis. But, of course, they were on our side.

I think the Blackhawks looked pretty cool in all of their various costumes variations ....

except for their whole silly superhero period.

The War Wheel is pretty inspired. Couple that with Reed Crandall art and you have a classic.