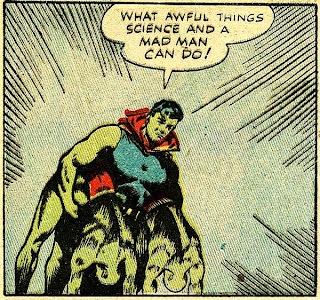 
Not easy being green


Pity the poor little green guys in this Doll Man story. Not only are they threatened and terrorized by their master, but at the end of the story Doll Man, as his alter ego, Darrel Dane...

...it's not pretty, but I don't want to give away the ending.

This is from Doll Man Quarterly #6, Summer 1943. I've shown you one of the stories from this issue before, almost two years ago in Pappy's # 181. It's yet another mad scientist story. Whoever wrote this issue featured mad scientists as villains in two of the four Doll Man stories. The artwork is by Al Bryant.

My copy of Doll Man #6 is damaged. A rodent chewed the upper corner of the first half of the book. I wasn't going to scan and present this story until I looked at it and realized that nothing of importance is missing. Several years ago, because of the damage, a comic shop owner gave it to me for free. I was in on Free Comic Book Day long before it became official. 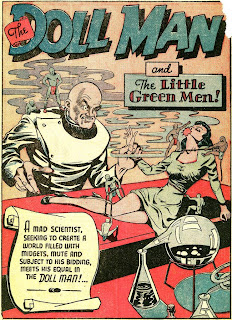 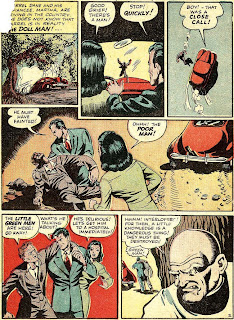 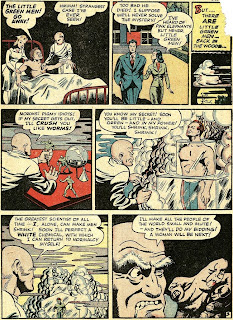 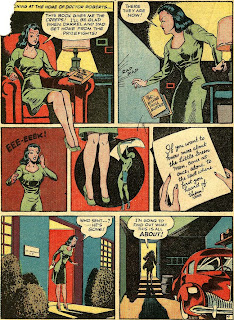 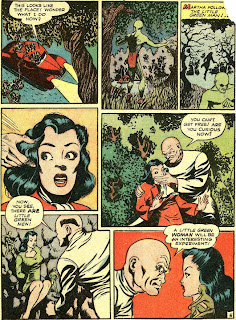 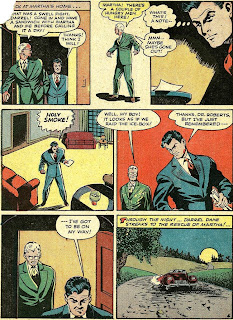 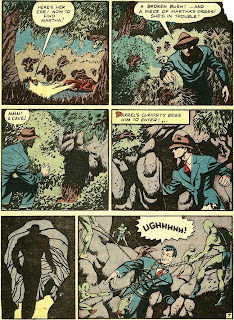 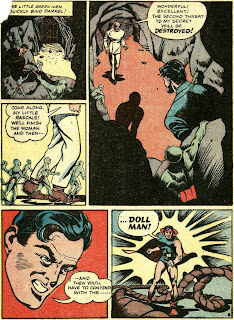 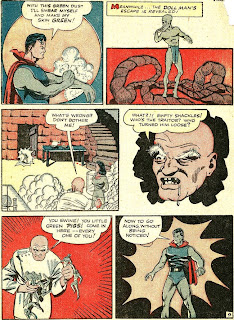 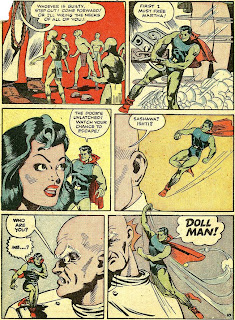 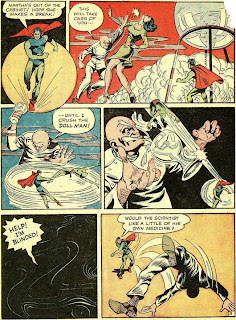 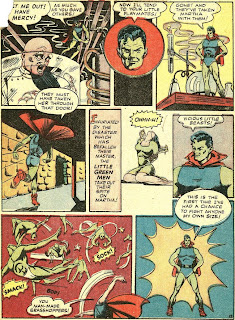 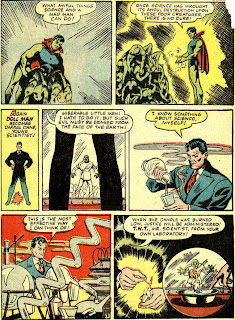 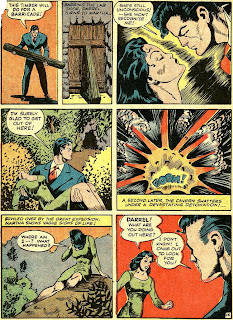 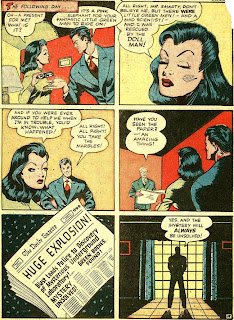