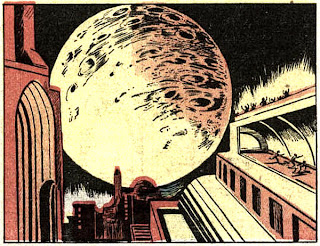 
My correspondent, Nix, who supplies me with great scans from MLJ comics, has contributed this from Blue Ribbon Comics #1, November 1939.

Back in the earliest days of the comics, when they were almost exclusively anthologies, they tended toward certain types:a cowboy, a magician influenced by Mandrake the Magician from the newspaper comics, a spaceman like Flash Gordon...you get the picture. Dan Hastings is the spaceman, and he's not only influenced by Flash Gordon, he appears to be lifted right off the Sunday funnies.

Well, sorta...the artwork by an unknown artist isn't Alex Raymond, but the story is sort of a mishmash of various Flash Gordon stories, including the Saturday matinee serials with Buster Crabbe. Dan has his Dale in Gloria, his Dr. Zarkov in Dr. Carter, his Ming the Merciless in Eutopas, his Mongo in planet Mexady. Errrrr...Mexady? Even though it's issue number one we're dropped into the story with no prelims, no backstory, so it's as if the writer expects us to know about Dan already. And we do, if we read Flash Gordon every Sunday.

Anyway, it's not so surprising to find an imitation Flash Gordon in Blue Ribbon Comics #1, when the lead strip is an ersatz Rin-Tin-Tin called Rang-A-Tang. I love the old MLJ comics but at the company's beginning originality was not a strong point. 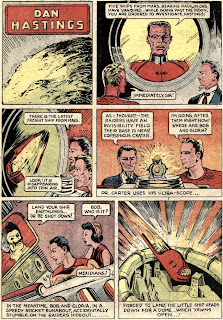 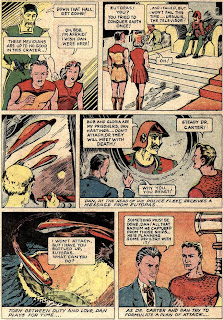 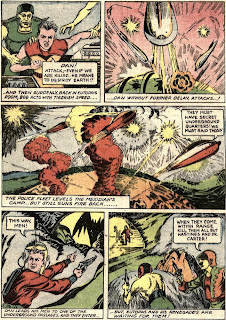 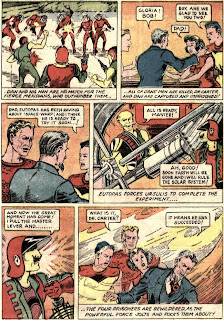 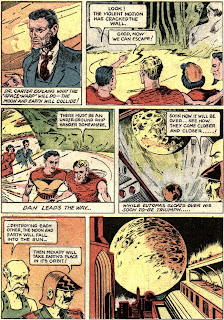 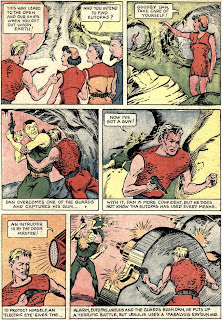 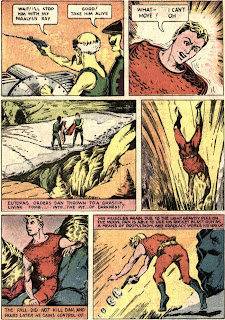 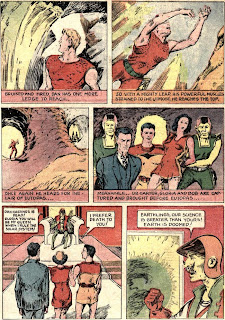 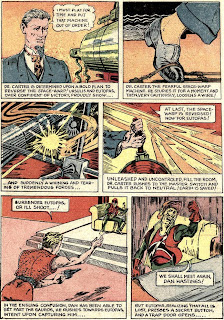 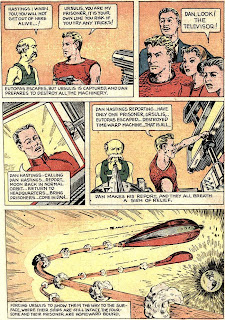 In that last panel, I guess the puffs of smoke along the exhaust trails left by the rockets indicate each time the two rockets backfired.