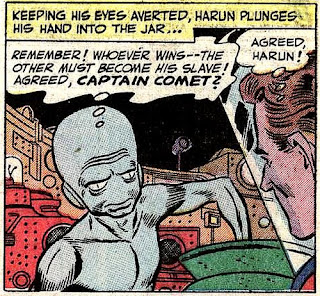 
Captain Comet was introduced to readers of DC's Strange Adventures in number 9, June 1951, which means that he beat out both the Manhunter From Mars and the revived Flash as a '50s superhero. There's a good article on the details in Don Markstein's Toonopedia. The origin is in two parts, so I've included the second part from Strange Adventures #10. 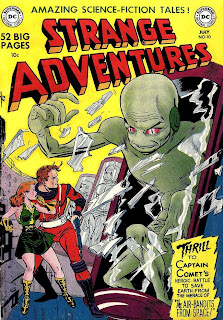 The stories were written by John Broome under the name Edgar Ray Merritt, for Edgar Rice Burroughs, Ray Cummings and A. Merritt, all fantasists of the generation before Strange Adventures. The artwork is by Carmine Infantino, and unlike his 1940's style, this is his modern style, which took him through the rest of his career as an artist. In those early days of Strange Adventures the author's names, like Edmond Hamilton, Gardner Fox, et al., were used, but never the artist's, unless he signed his name.

The artists weren't the only uncredited folks in that era at DC. Whitney Ellsworth was listed as editor, but Julius Schwartz was really the editor. Captain Comet didn't last all that long, which is probably why he never got his own book. Years later Schwartz was still at it, putting continuing characters like Adam Strange and Atomic Knights in his anthology titles. They didn't get their own books at the time but the stories still read very well, and are at least as good as characters like the Atom or Green Lantern who did have their individual books. I think Captain Comet should have had a shot at it during the '60s superhero revival.

Catch the coloring goofs on page 7 of the second part. 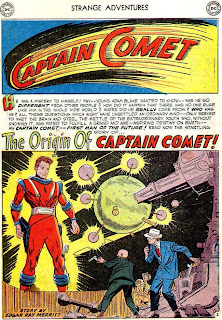 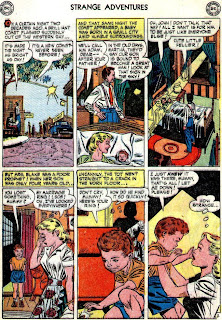 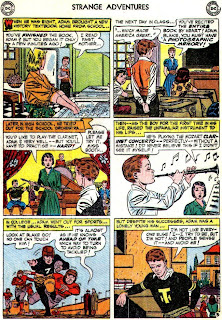 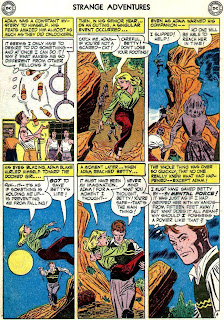 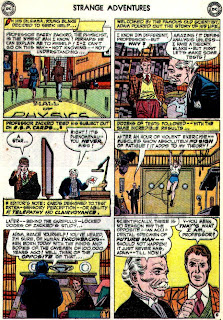 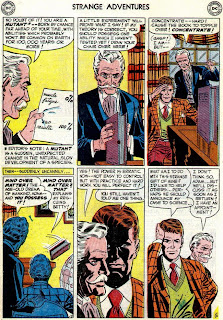 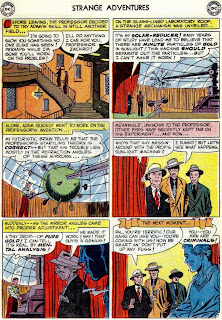 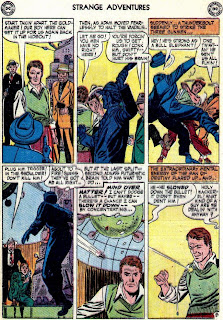 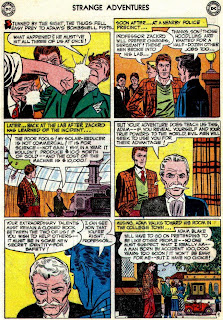 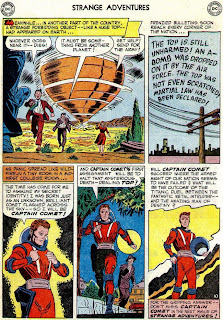 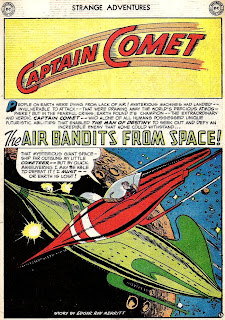 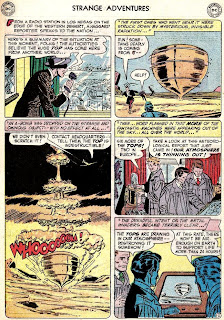 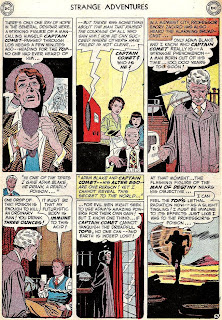 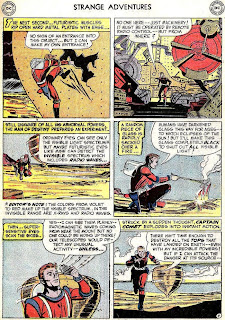 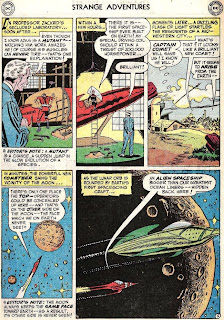 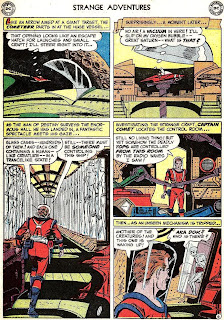 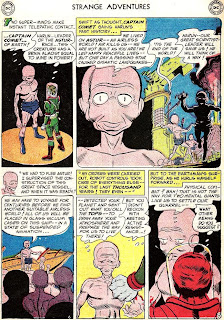 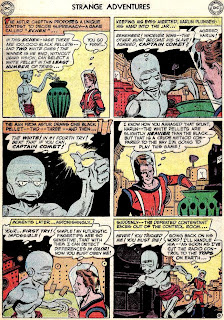 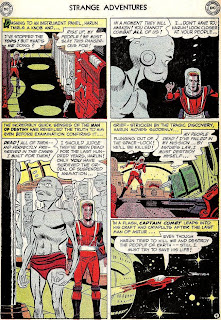 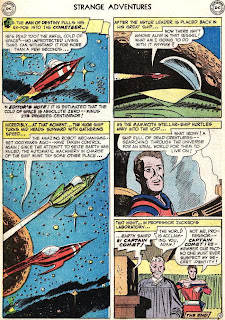 Wow. Suspenders and a belt. That guy's pants aren't ever coming down.

Never trust a man who doesn't trust his own pants.

The child is also accomplishing the feat of executing music perfectly on the clarinet while holding it with his left and right hands reversed. The mechanism on a clarinet is asymmetrical, so this is no trivial accomplishment even for an experienced player of the instrument.