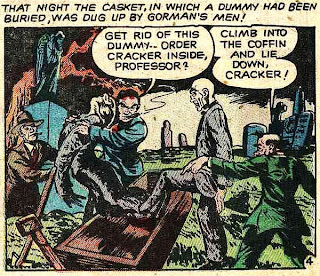 
Skeleton Hand was a very successful pre-Code title for ACG. According to the excellent article on ACG by Michael Vance in Alter Ego #61 (highly recommended!) all of the "supernaturals" sold well for that company. They used a lot of artists, some of them old-timers from the beginnings of comic books, which included artist Jon L. Blummer, who drew the eerie zombie-crime story, "Death For Hire."

Blummer drew for several companies, including very early DC. He had a style that reminds me a bit of Rudy Palais. According to biographical information I've read, Blummer had only a couple of years left to live when he drew this story, which appeared in Skeleton Hand #1 in 1952. He died in 1955. 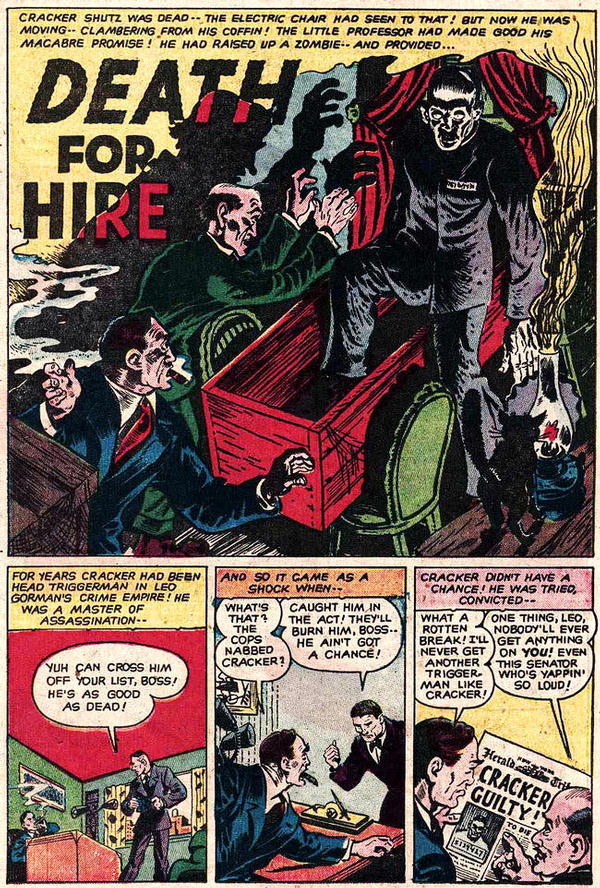 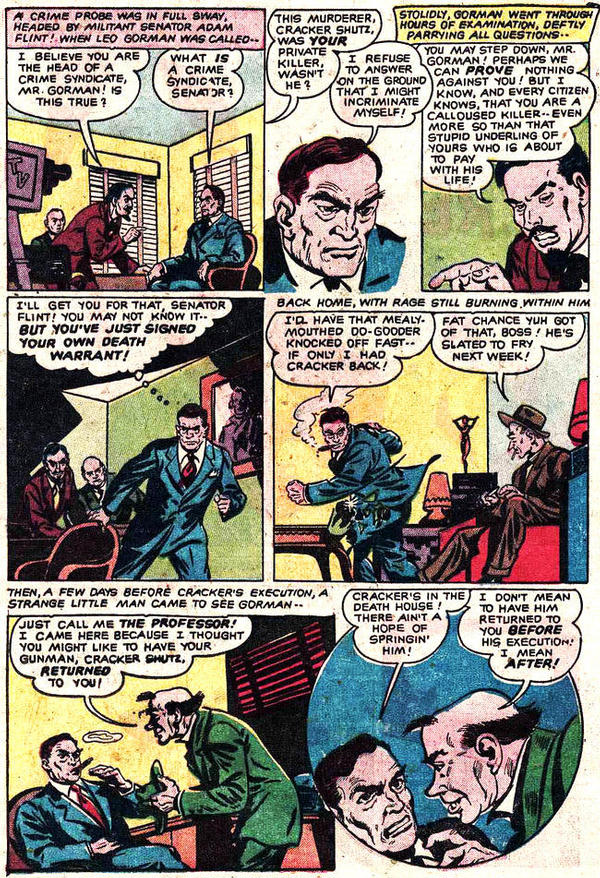 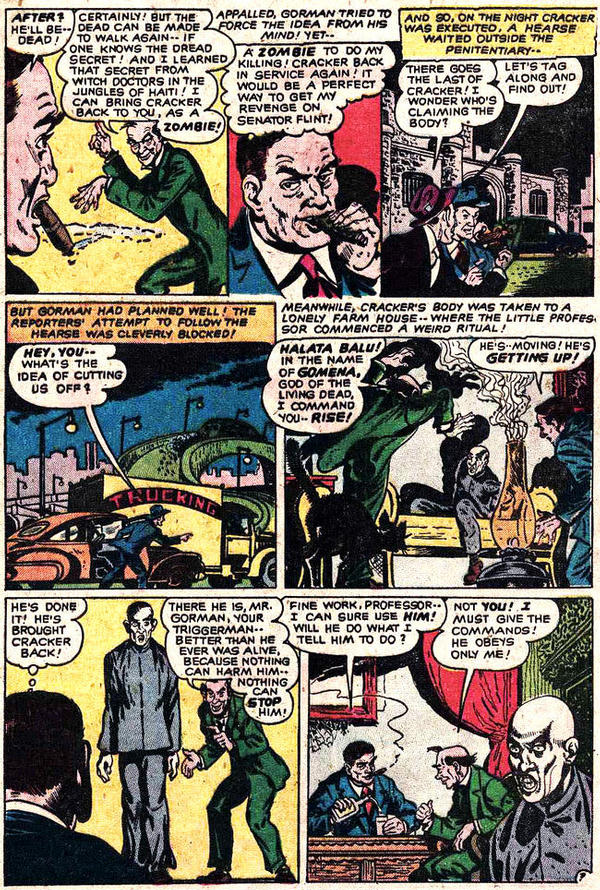 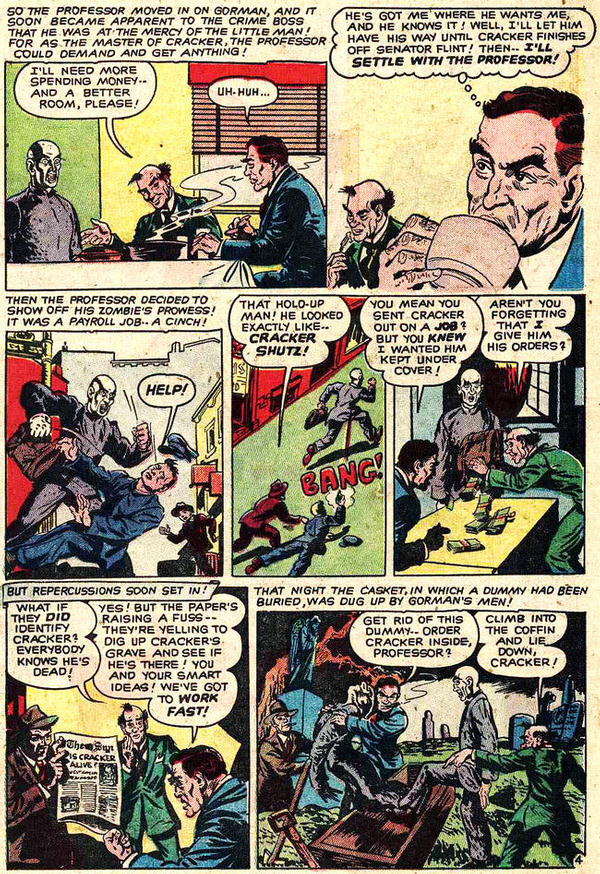 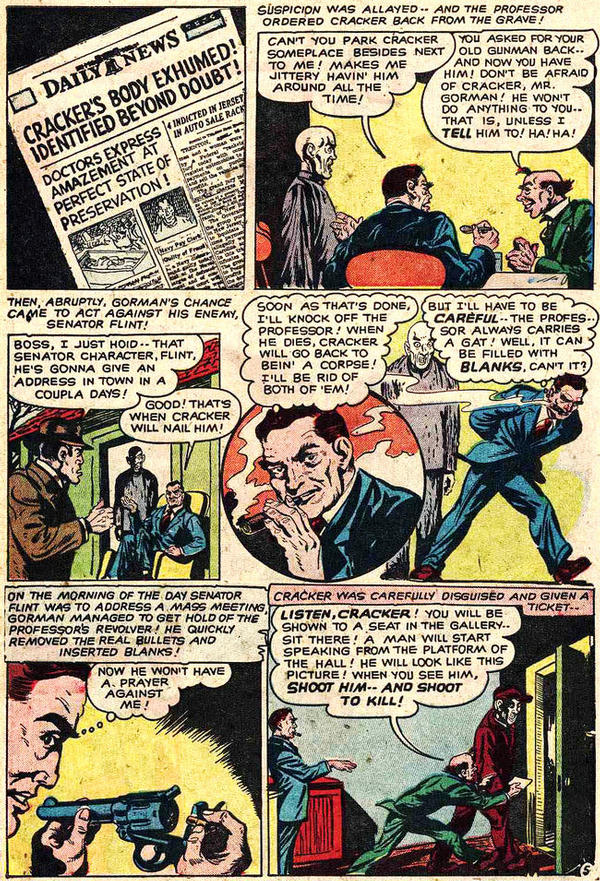 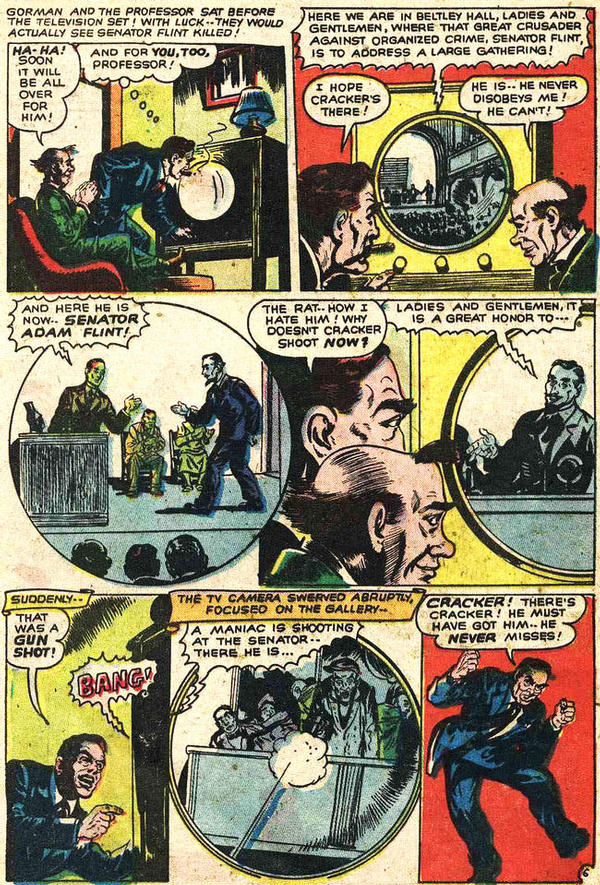 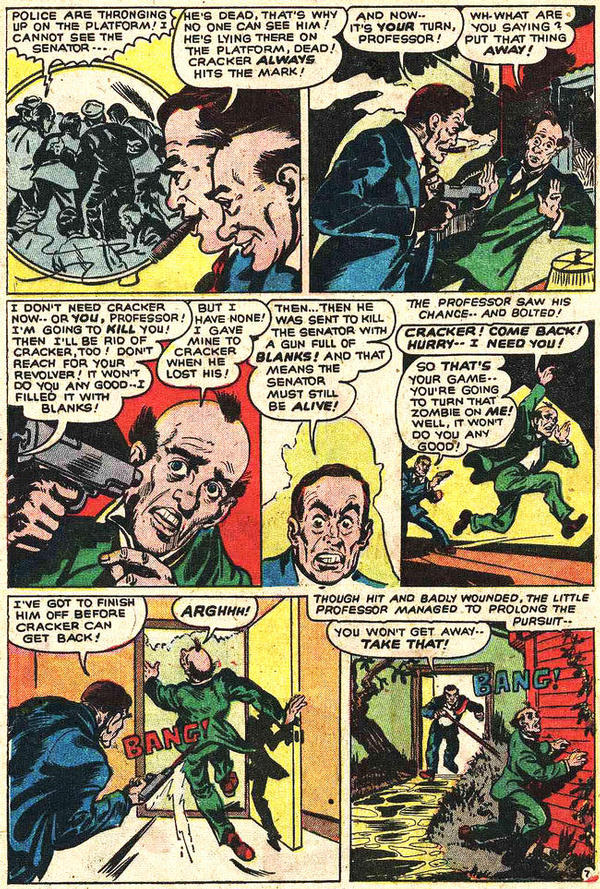 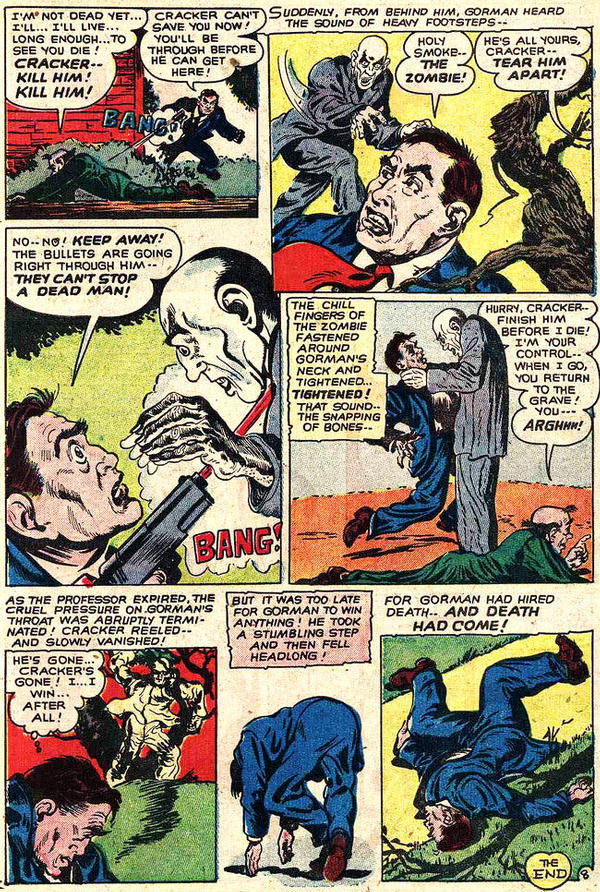 This is clearly a work of fantasy.

Since the end of World War II, no man has ever won a seat in the Senate by growing an evil-looking beard.

Over in the House Of Representatives, the only Congressman to ever attempt an evil beard was Newt Gingrich. When the first trace of stubble appeared, he was forced to step down.

Why is "The End" lettered out in a little yellow heart?