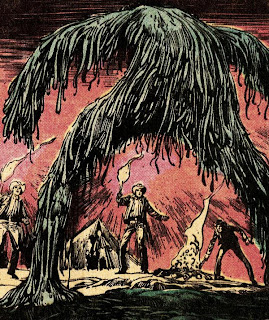 
Forbidden Tales of Oleck and Alcala


A while back I showed you a couple of 1970s DC mystery stories by writer Jack Oleck and artist Alfredo Alcala, and because I admire both of them for their craft at horror, here are two more from that duo. "Head Of the House" is from Forbidden Tales of Dark Mansion #9, and "The Monster" is from the subsequent issue, Forbidden Tales #10, both dated 1973.

"The Monster" is another from the same swamp that produced the 1940 Unknown story, "It!" by Theodore Sturgeon, which in turn influenced Air Fighters Comics' Heap, Swamp Thing, Man-Thing, Ring-A-Ding the Thing-Thing (that last one I made up), et al. The swamp monster is a genre unto itself. I like Oleck's snap ending to "Head Of the House" because of its ghoulishness. And what can I say about artwork by the late Alfredo Alcala except that it is always a joy, no matter the subject. 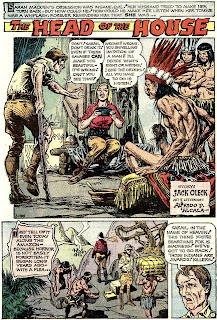 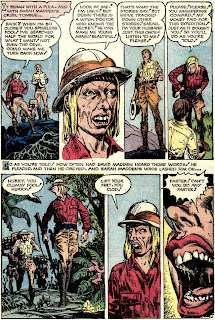 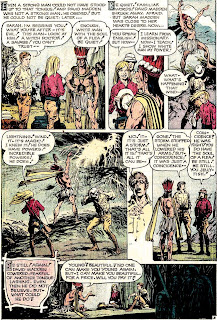 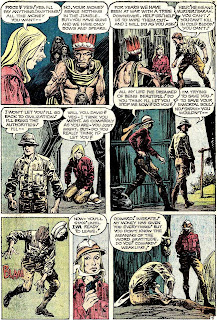 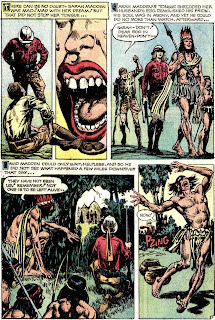 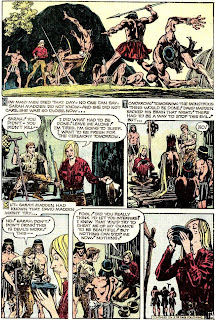 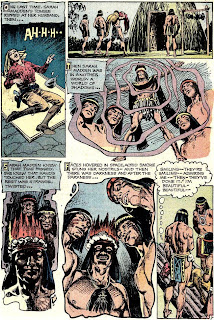 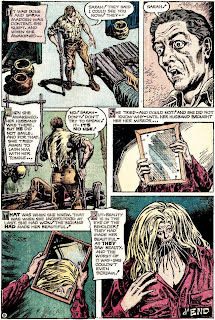 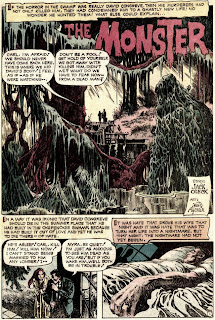 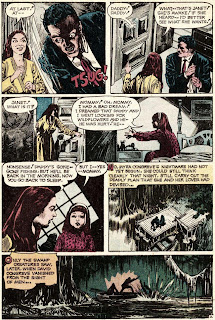 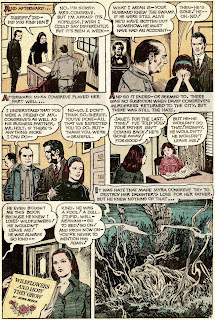 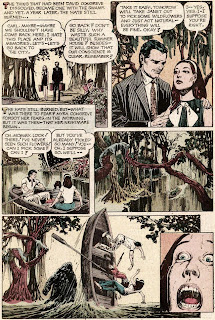 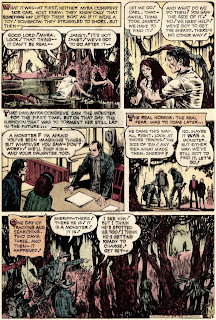 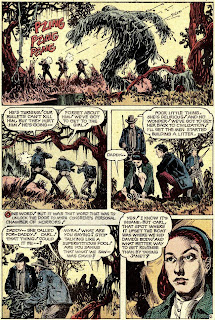 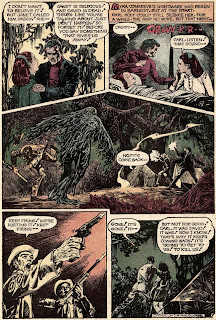 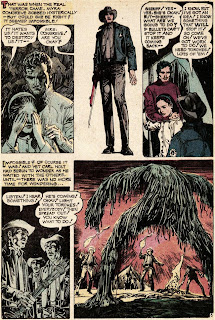 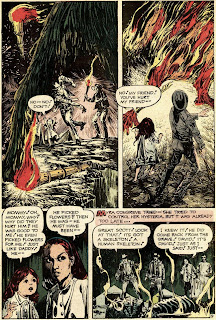 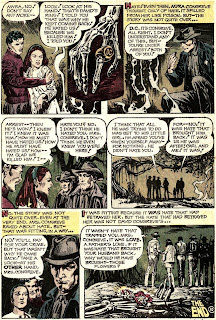 I always love the ones where people get what they deserve.
White man with the soul of a flea--classic.

I totally agree with you about these chilling stories, Pappy. The second one is particular effective.

WOW! I want to draw Ring-A-Ding the Thing-Thing! Do you have any scripts? If not, would you lease me the rights and allow ME to write it? That's comics gold there.

Fantastic. Thanks for posting this.

I still want to draw Ring-A-Ding. If I did it, would you sue?

Pete, go right ahead with Ring-A-Ding the Thing-Thing. Just make sure I see it.

haha okay but I don't draw like Alfredo Alcala! I used to read his adaptations of classics when I was a kid, I was actually an Alcala fan back then. Obviously I see Ring-A-Ding in the humor/horror vein. If I actually do have time to do it, I'll put a big "Created by" credit on there for you, Pappy.