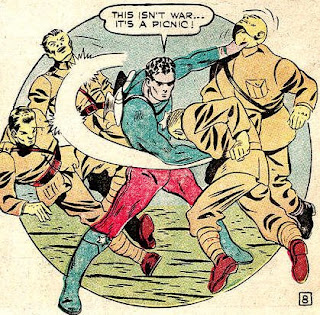 
Captain Battle has a pretty good gimmick, his Luceflyers, which strap to his back and despite being the size of beer cans fly him all the way across the Pacific to China. I don't know what happened to the technology of the Luceflyers, but we could use it nowadays.

When in China Captain Battle fights Japanese, then gets mistaken for a Japanese spy by the Chinese. They put him up against a wall for instant execution. It's a good thing it all turns out well. Captain Battle even gets to meet Generalissimo Mao Tung (sic). Do they mean Mao Tse Tung, Chairman Mao, who gave Western governments fits for decades? We'd use any ally during wartime, which makes for strange bedfellows.

"Savior of Chunking," an action-packed 16-pager, is from Captain Battle #5, the last issue, dated Summer 1943, which reprints Captain Battle #1 from 1941. According to the Grand Comics Database the story is drawn by Lloyd Jacquet's Funnies Inc. shop, with George Mandel as principal artist. I showed you a Captain Battle story from this same issue in Pappy's #346. 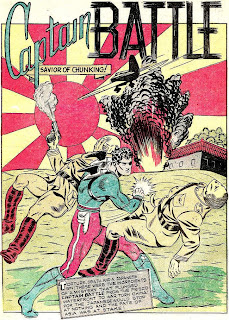 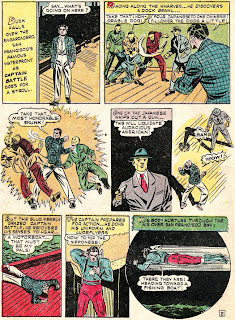 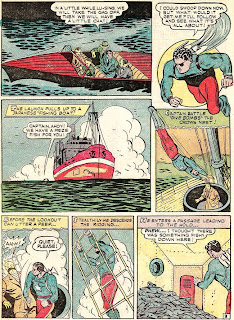 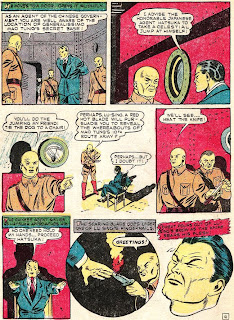 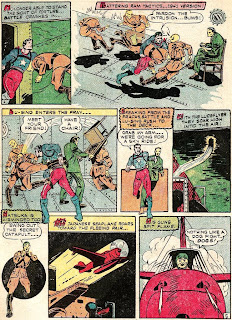 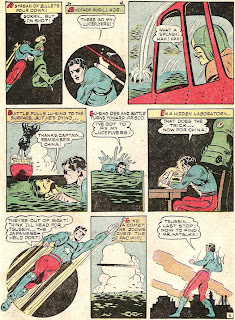 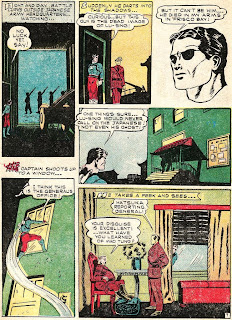 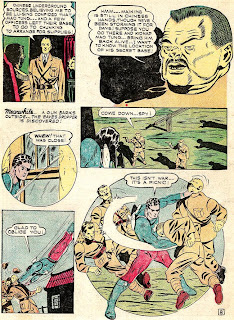 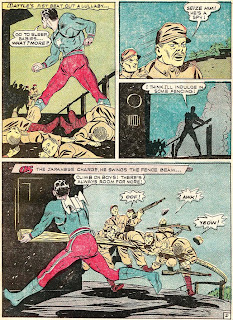 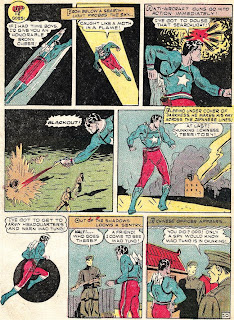 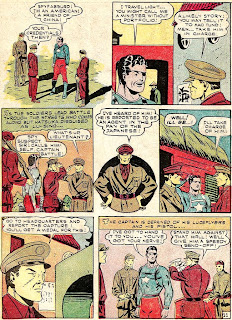 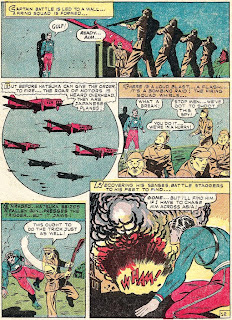 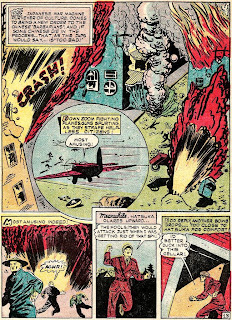 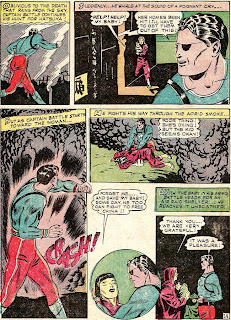 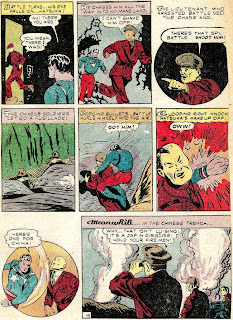 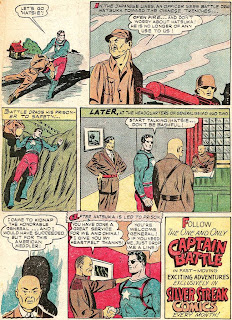 George Mandel was a wartime friend of Joesph Heller and alleged (by some) to have been the inspiration for Yossarian. Mandel was injured during the war and as a result lost his finer motor skills, so he turned from a career in art and illustration to writing fiction.

I loved this one. The composition of the pages is so clean, the action so dramatic. The heads and faces, particularily on page 4, really remind me of Charles Burns. Thanks! -- Mykal

Sweet a warped Kuomintang Chinag'kai Shek with a Maotse'Tung like name. I love the old battle the japs/Nazi comics. Especially how dated the asian stuff is, hilarious.