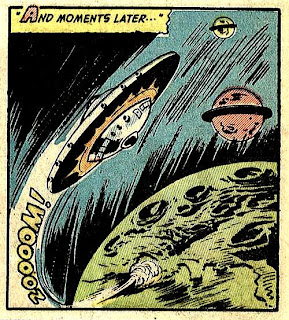 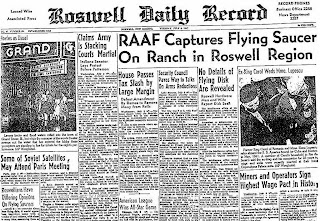 Sixty-two years ago today, July 8, 1947, is the day the Roswell Daily Record of Roswell, New Mexico, announced a flying saucer had been found. The story was later rescinded, but the headline from that day remains famous.

So what better day, 62 years later, to show you a flying saucer story? This is "Menace from Mars," from Adventures Into the Unknown #13, 1950. According to the Grand Comics Database it's drawn by Charles Sultan. 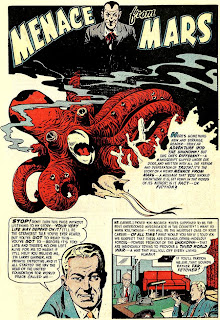 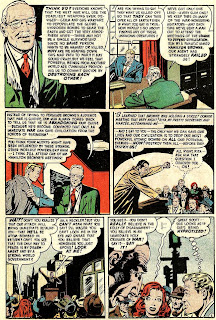 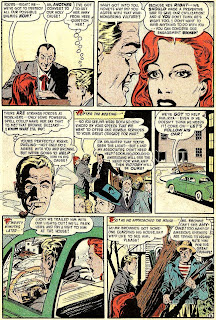 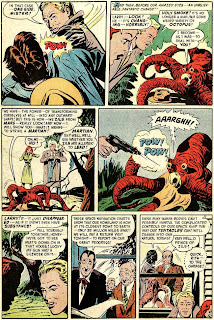 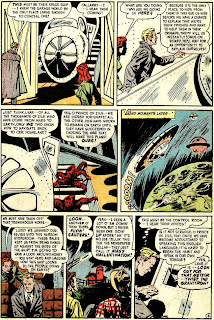 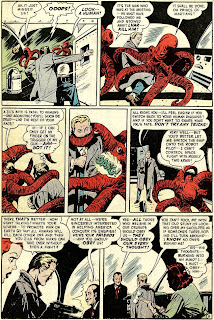 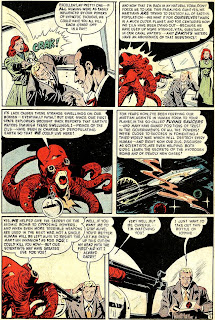 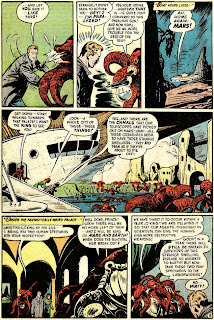 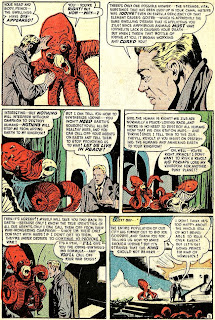 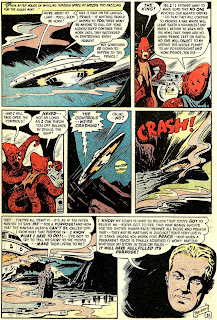 Being killed by Martians or being ruled by the UN? These are my choices? Ugh!

And since when, BTW, does a private detective know how to transmute elements? Iodine isn't a fr_ggin' compound!

This story is adorable! Martian octopuses who keep mallets on board their ships, which somehow make earth look like the moon when they launch, and also somehow look completely different in a garage from the way they do in flight. So goofy, so well intentioned (giving Republicans the best excuse I've ever heard), and really very well drawn.

Well now we all know where Viras came from (before it attacked Earth in '68 and thankfully Gamera stopped it in Destroy All Planets.)

Up to date wellsian martians!
Adventures Into the Unknown #13 oct-nov.1950

Now we know Julius and Ethel Rosenberg weren't guilty, because to foment war the Martians gave out the secrets of the atom bomb.

Instead of sending flying saucers full of Martians to earth to take over, why not just use the ships to bring back loads of iodized salt? Hell, we'd sell it to them, no war needed.

Ghod bless ACG and the writer who could come up with such an entertaining and dopey story.

I like how on earth the Martian saucer fits into a standard two car gararge, but on Mars it's the size of the frickin hindenberg!

Most strange of all is the fact that the Martian dwellings on the middle panel of pg8 look remarkably like the homes of ape city in the 1968 version of PLANET OF THE APES.