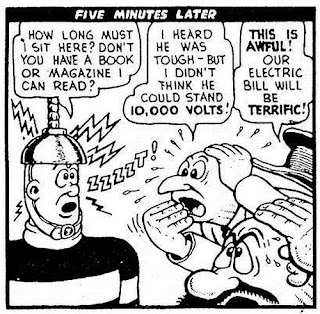 
"That bullet bounced off my bean and bonked a bozo behind me!"


Whatever fed Basil Wolverton's fantasies must've been very potent, because his images are unforgettable. Whether he was drawing humor or horror he was equally facile. That's why today I'm showing you examples of both.

Powerhouse Pepper was an ongoing character whose stories originally appeared in 1940s' Marvel Comics, but black and white reprints popped up for years in pages of Humorama Publications cartoon books. This one is from an issue of Wheely Nuts, an obscure cartoon book from the early '70s, and maybe one of the last of the Humorama line. 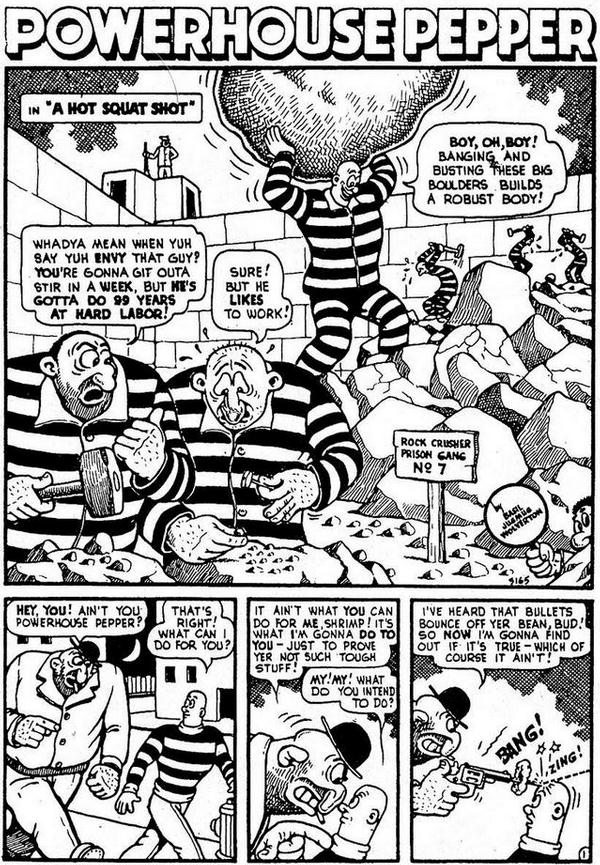 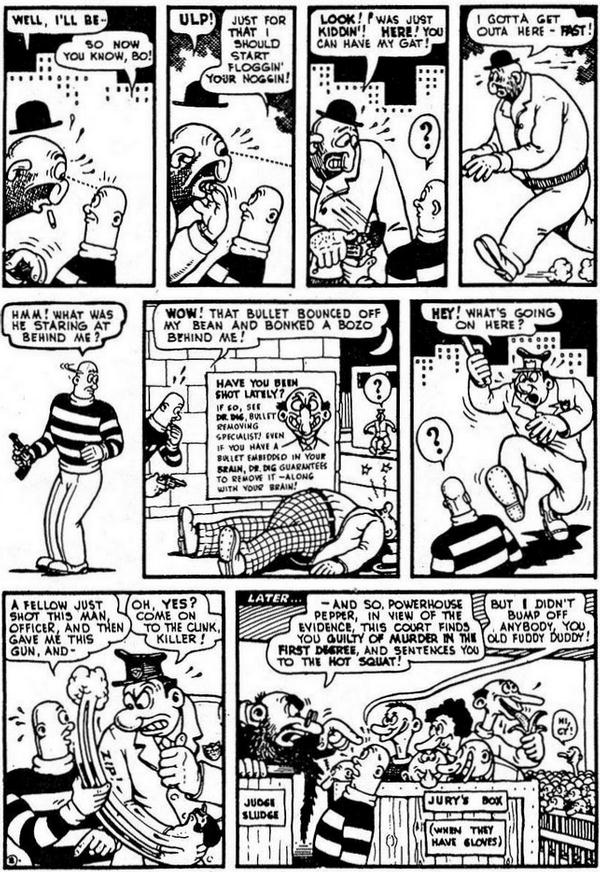 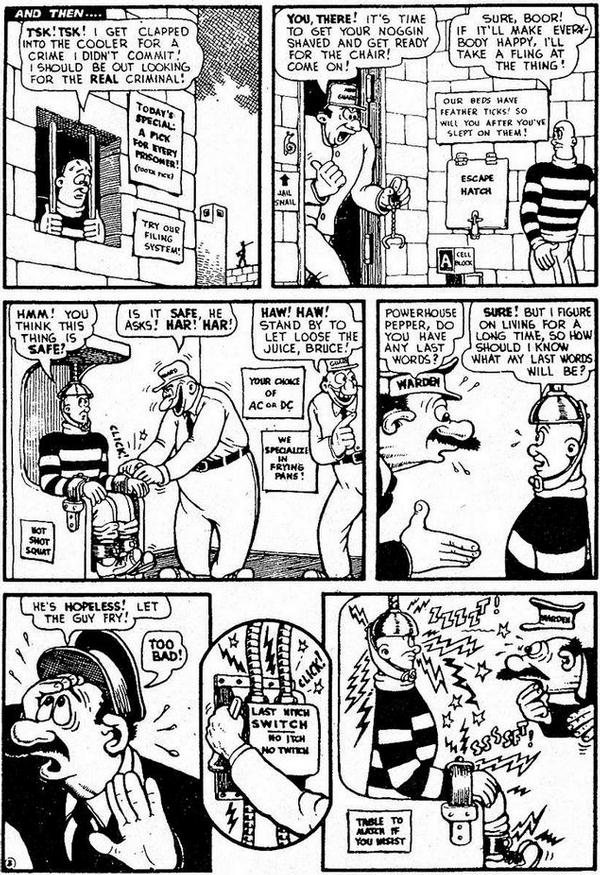 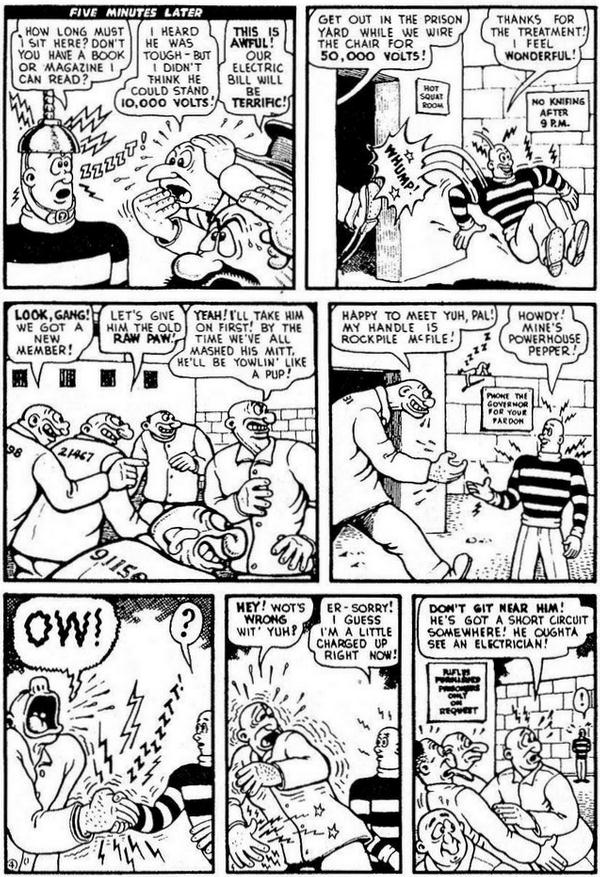 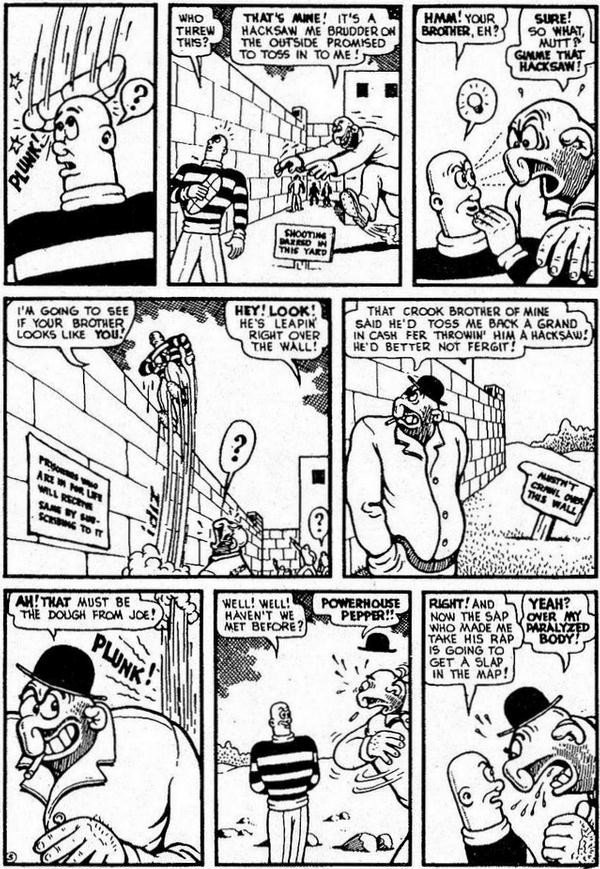 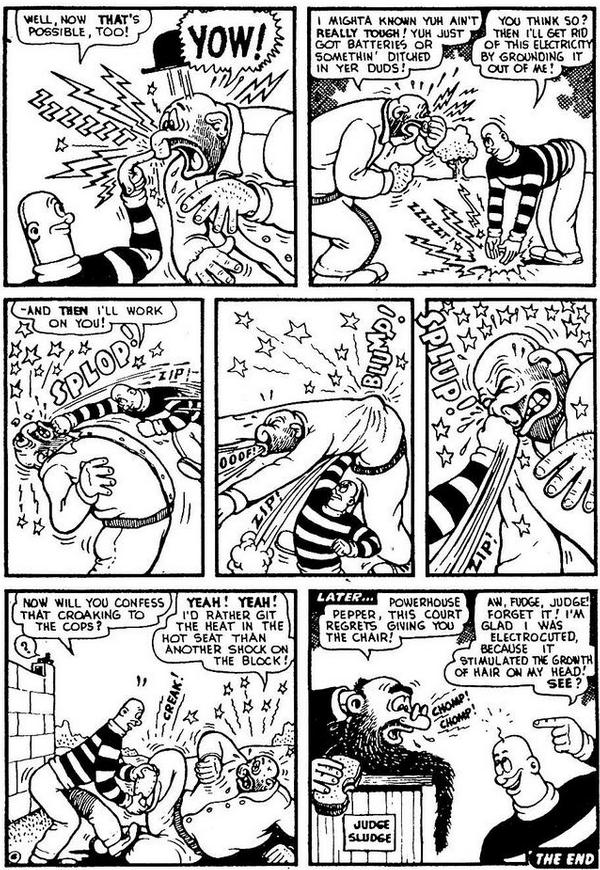 Here's a really paranoid story by Daniel Keyes ("Flowers for Algernon"), and drawn by Wolverton originally for Atlas' Journey Into Unknown Worlds #15 in 1953. It's one of those "nobody believes me!" stories where the people who "don't believe" the main character are in on the conspiracy.

Giant crabs. Who'd thunk it? Only Wolverton could pull this one off and he does it in such a creepy and claustrophic way. Hey, I've been there, had that...paranoia, that is...not crabs.

I scanned this sharp black and white version of "They Crawl By Night" from Dark Horse's Basil Wolverton's Gateway to Horror, published in 1988. Karswell has "They Crawl By Night," scanned from the original Atlas comic book, today at The Horrors Of It All. Crawl on over and tell 'im Pappy sent you. 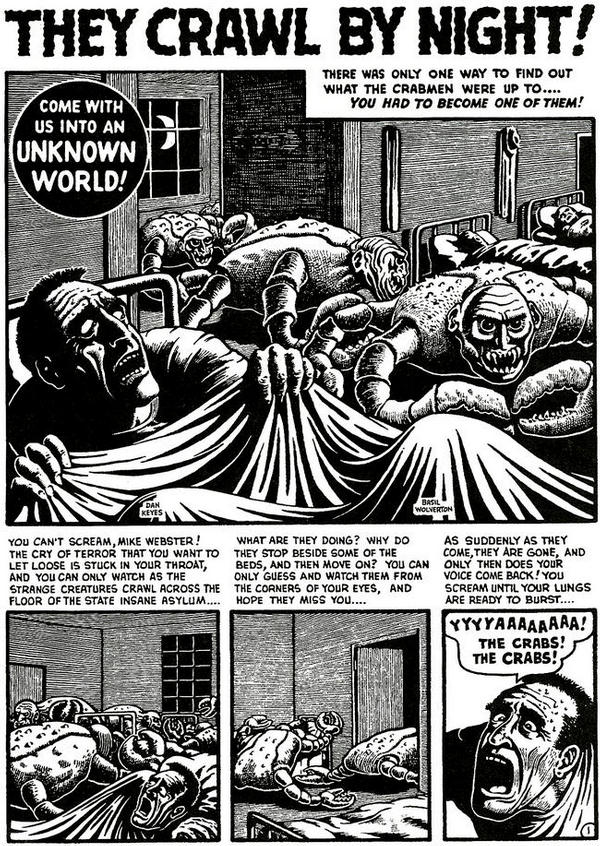 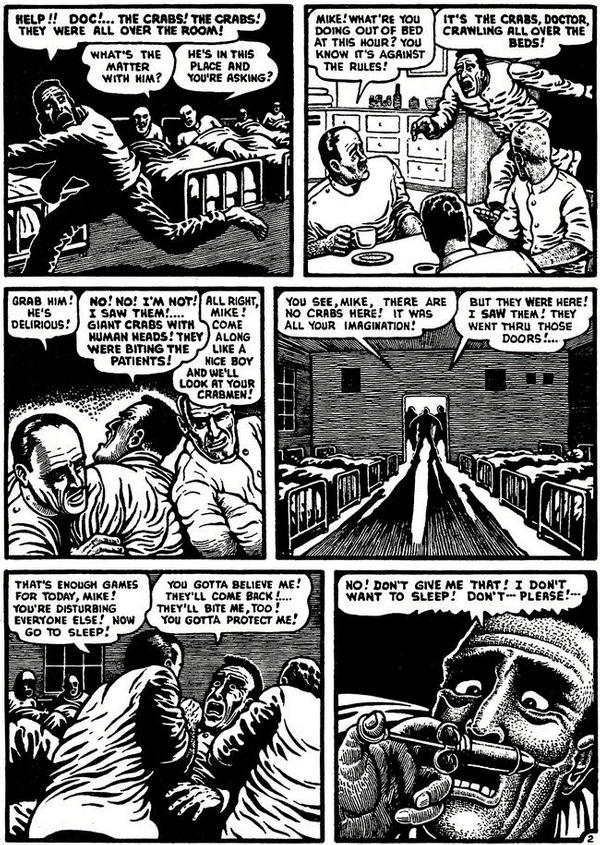 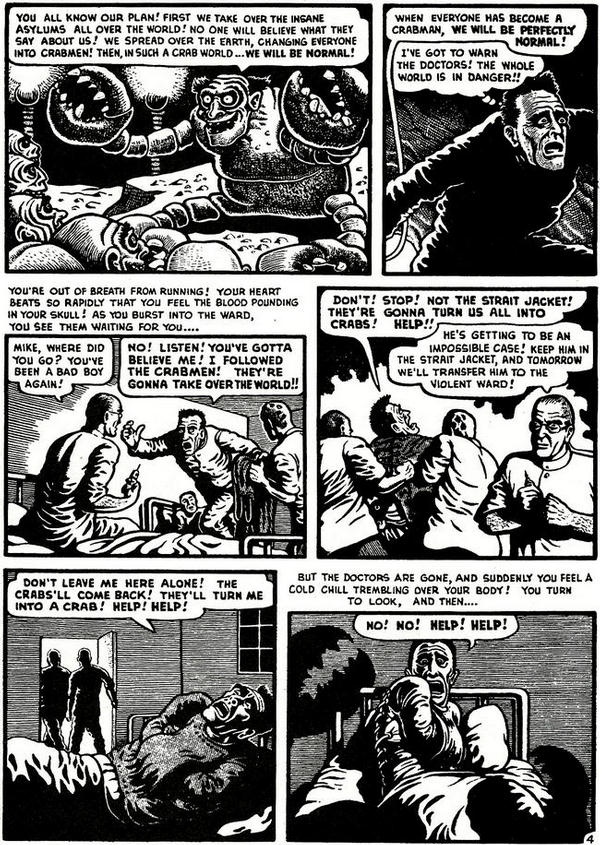 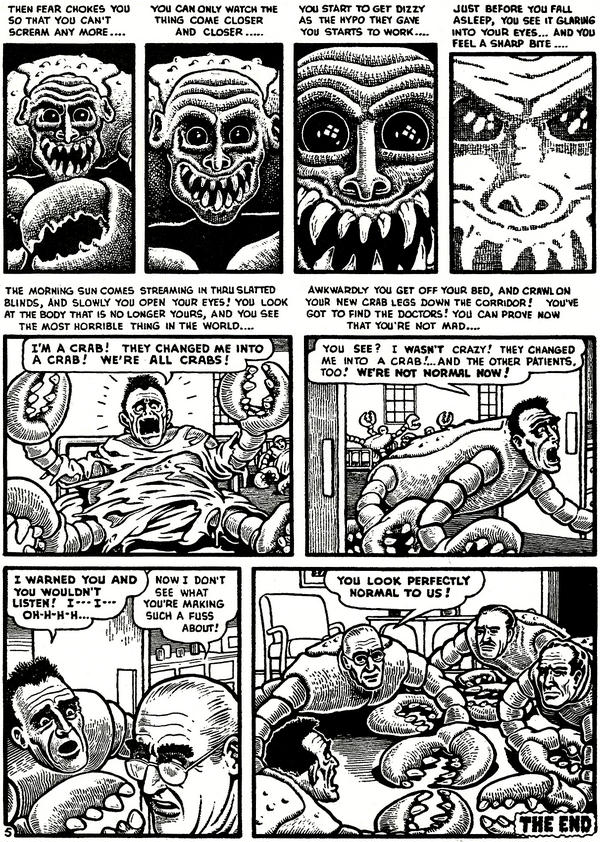 Almost looks like a totally different, yet equally awesome story in black and white.

Fun collab today Pappy! I even plugged on you on facebook page. Have a great weekend!