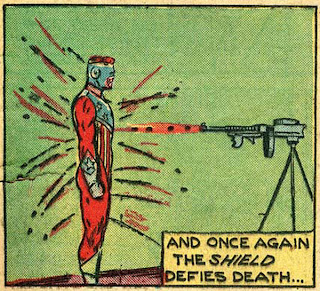 
Dress me in a flag and salute me!


Yesterday was the 4th of July, so I thought I'd show a patriotic comic strip today. It's courtesy of my MLJ buddy, Nix, who is generous with his scans.

The Shield first appeared in Pep Comics #1, January 1940, but this later appearance, in Shield-Wizard Comics #1, is a more detailed story of his origin. References are made to the Black Tom explosion, which killed the Shield's dad. Ninety-three years after it happened it's an event nearly forgotten. In 1916 German agents blew up a munitions dump on Black Tom Island outside New York. Although not then at war with the U.S., the Germans blew it up to prevent it being the ammo supply to American allies. Officially sabotage, not a terrorist attack, it was the biggest explosion in the U.S. until the attacks on 9/11.

The Shield story also has the distinction of featuring none other than the Queen of the FBI, J. Edgar Hoover.

The Shield was written by Harry Shorten, who later on became a publisher. It was drawn by Irv Novick, who went on to a long career in comics, working into the 1970s. The Shield preceded Captain America's first appearance by a couple of months. 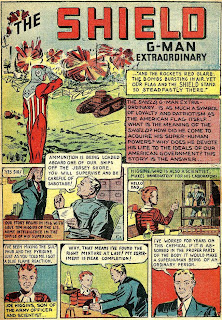 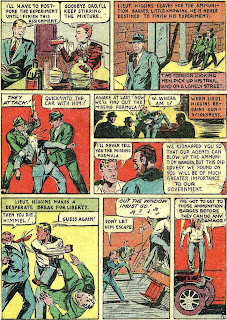 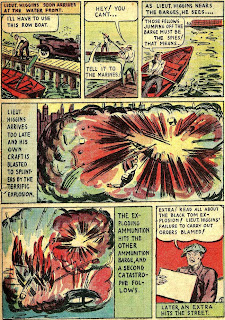 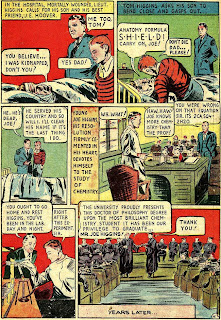 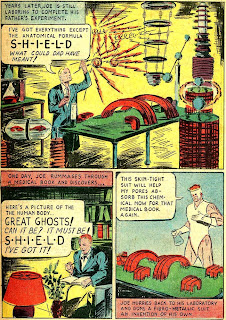 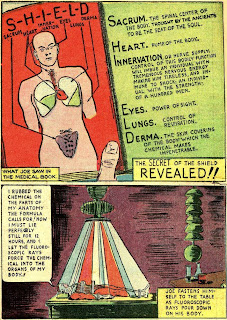 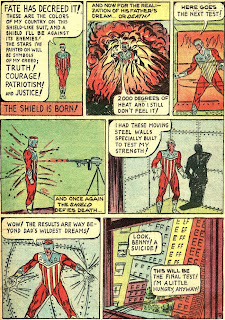 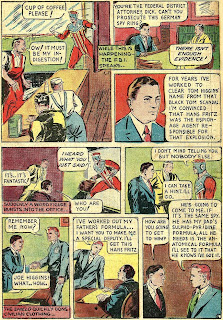 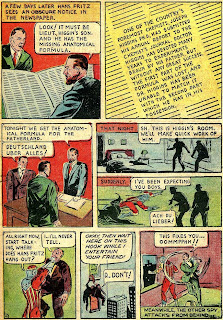 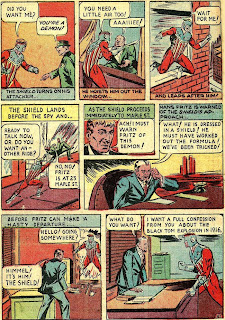 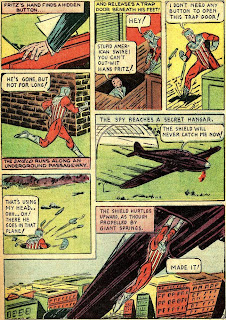 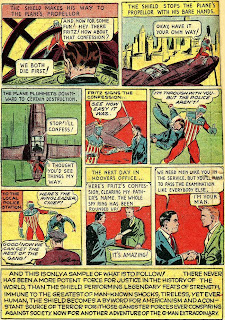