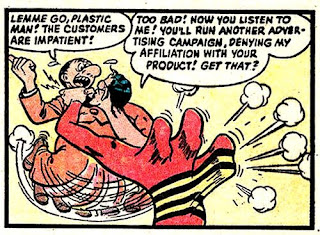 
I believe that Jack Cole hit his stride with Plastic Man. No matter what else he did in his career, and he did some truly amazing things both in and out of comic books, when I think of Jack Cole I really think of his work on Plas. DC Special #15, November-December 1971, was the last issue of a great reprint title, and it went out on a very high note by reprinting several Jack Cole classics, including the oft-seen Plastic Man origin from Police Comics #1.

Since Cole was proprietary with Plas, he threw so much into it he couldn't keep up and other artists had to be brought in. They did a good job, considering who they had to follow, but Cole's work was on such a high level I just don't think anyone ever captured the zaniness of the character like him. In this story, "Plastic Man Products," reprinted from Plastic Man #17 in 1949, every panel is alive with inspired frenetic action and comic exaggeration. I think that it wasn't until a few years later, with Mad comics, that anyone ever again reached this level of comedic genius in comic books.

Check out the blog, Cole's Comics, for more of Jack Cole's work. 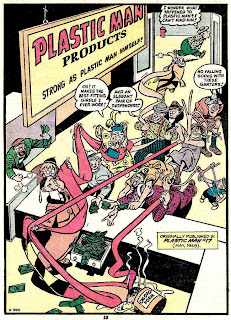 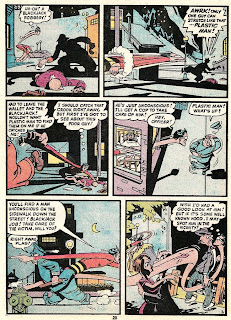 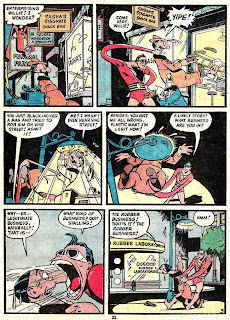 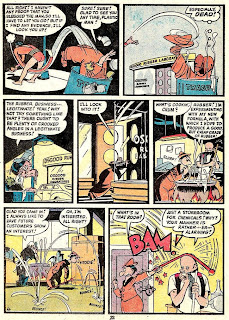 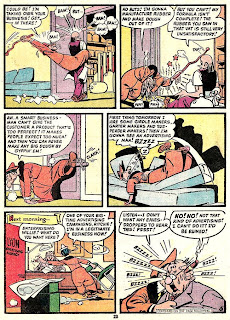 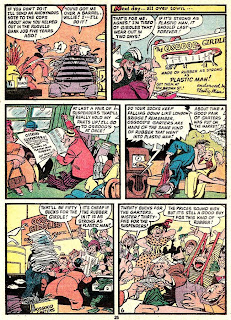 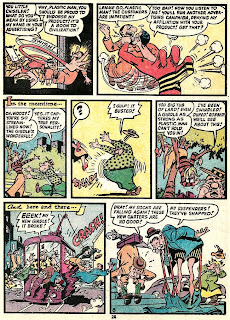 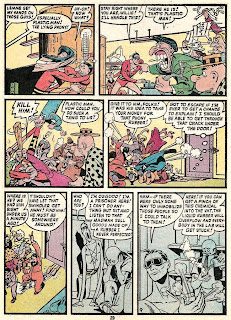 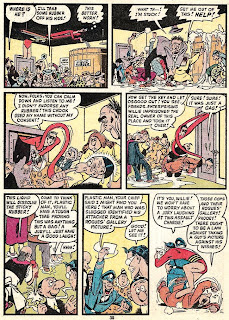 Thanks for plugging my realtively new blog, Cole' Comics. Thus far, we've been exploring Cole's non-Plastic Man stories. He was super-prolific, so there is a grat deal of little-seen material to look at. I am sort of on the fence about reprinting much Plastic Man material. But your post reminds me that Cole's Plastic Man stories, such as this one, are truly the cream. I love how incorrigable the crook is in this story. It's an amazing story because it gets at the sometimes connection between crime and captialism. For years, that DC Special that reprinted Jack Cole's Plas stories was my single most favorite comic. I read it to tatters! Thanks again!

Hi all of users..