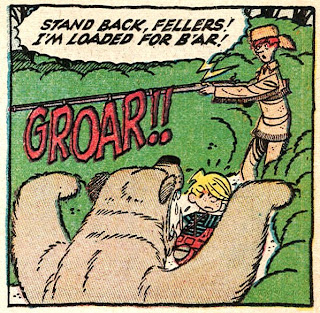 The Dennis story from Dennis #39, November 1959, is in a style Wiseman and writer Fred Toole did so well, Dennis in a fantasy historical situation shown from his childish point of view; in this case, with "Dan'l Spoon." I'm uncomfortable with Dennis' line, "I thought only dead Indians was good Indians." This is from a Code-approved book? Unfortunately, it is also from 1959, when that type of humor was acceptable, even under the Comics Code.

As a bonus I'm also including two non-Dennis stories by Wiseman. The Punky story, from Dennis #24, is dedicated to my friend, Steve Banes, aka Karswell, who is also known as rocker, Punky, from the band, Sons of Black Mass. Here's a picture of that Punky, taken a few years ago. If you want to know more about Steve "Punky Karswell" Banes, read this interesting interview with him. 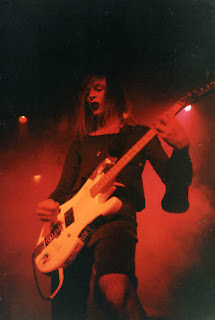 The final story is a Grampa story from Dennis #39...and dear to my heart. I'm not only a pappy, I'm a grandpappy, too. 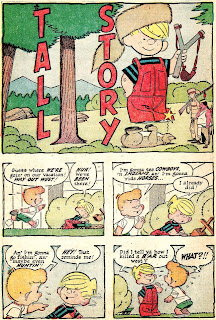 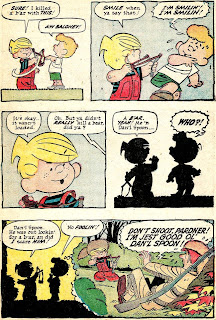 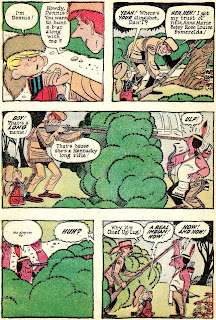 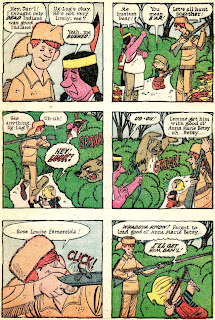 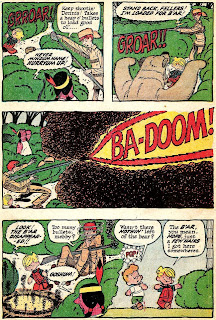 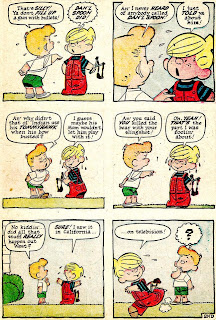 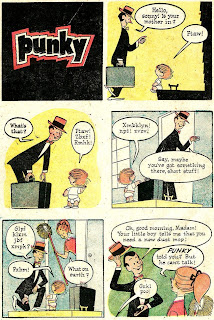 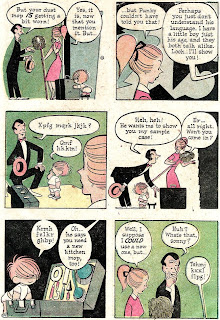 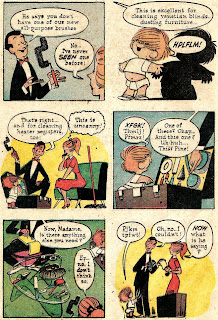 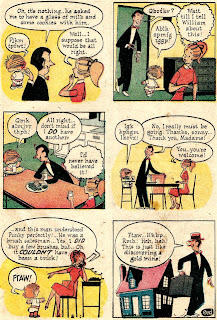 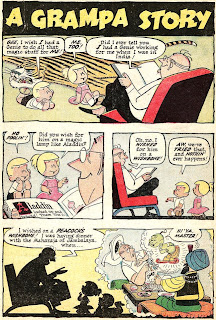 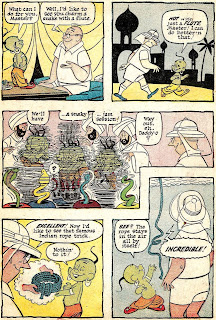 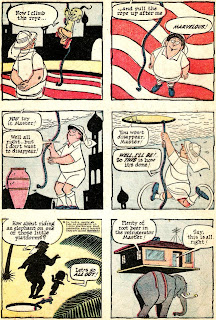 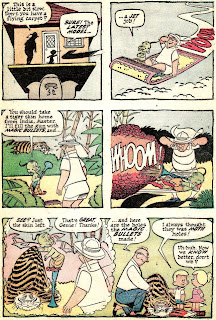 More Wiseman!! What a way to start a morning! Thank you, Pappy. Love this stuff. In the "Dennis" story, you see that huge splash on a page with five panels and you know you're in the hands of a master. Lots and lots of little touches to love, but I have to single out the colorist's (Wiseman?) choice to add fall colors to those leaves on Pages Two, Three and Four. After all, it's "B'ar" season, ain't it?

The "Grampa" story is great, too. Again, love Wiseman's art but Toole's writing is stellar -- "Maharaja of Jambalaya" indeed.

Thanks again, Pappy. And congrats on your Grandpappy-hood!

I agree with everything you said about Wiseman and Toole. I took them for granted until I started this blog and really looked at what I had in my collection. I also have you and others point out to me what you liked about them. As a kid I liked the annuals, Dennis Goes To Mexico, Dennis Goes to Hollywood, etc. Looking at them nowadays I'm impressed by how well done and timeless they are. Maybe someone will reprint them.

I thought it was pretty cool that Wiseman and Toole got to travel on the boss's dime to do research. Not a bad gig.

My grandkids live 2000 miles away so I don't get as many chances to see them as I'd like. Thanks to digital photography and e-mail my son keeps me supplied with pictures and I'm able to watch them grow up, even at a distance.

Pappy, I don't know what to say except thanks! Yer an awesome friend.

Somehow the old Dennis the Menace was so much better than the newer ones. I can't explain why--I just think it is.

At the 1996 Heroes Con I met Marcus Hamilton, who had just taken over Dennis from Hank Ketcham. He shared my admiration for Wiseman's work, especially his graphic style, layout and lettering.