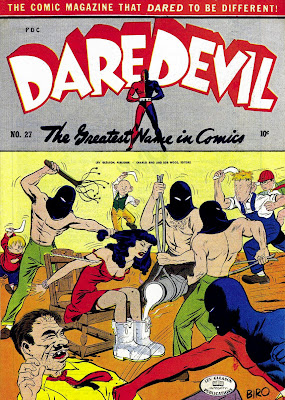 We have a theme week going, ”Boyoboy! Week” featuring kid gangs of Golden Age comics. Today we have the longest running of all, the Little Wise Guys from Daredevil Comics.

The group of youngsters first appeared in 1942, and lasted until publisher Lev Gleason closed his comic book line in 1956. This war-themed story is from Daredevil Comics #29 (1944), and Daredevil doesn’t appear until page 10 of the 16-page story. Oh, the ignominy —  the title character upstaged by a bunch of street kids!

The story features a torture scene, and off-camera more tortures and murders are alluded to. The cover, signed by Charles Biro, does not represent a scene in the book, but it is one of those covers sure to attract attention on the newsstand.

Drawn by Carl Hubbell, one of Biro’s regular artists, with script credited to editor Biro. 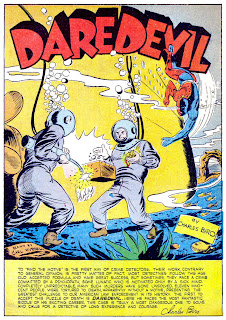 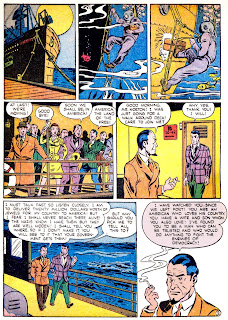 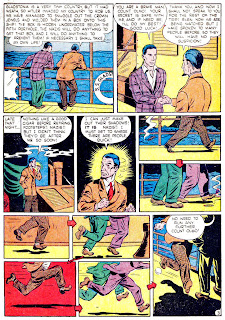 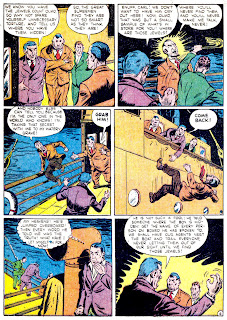 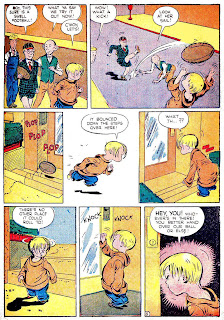 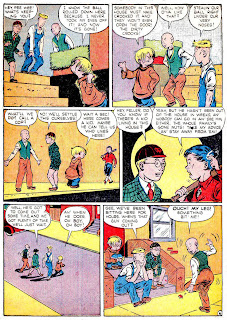 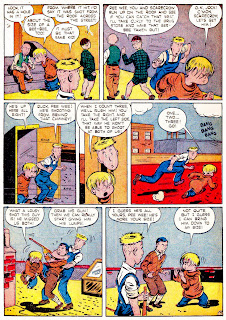 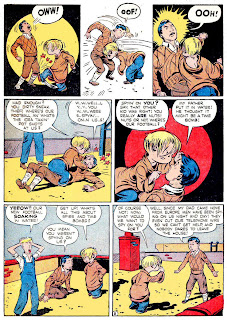 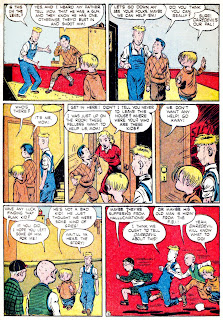 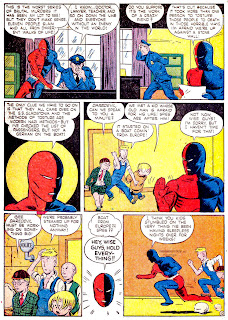 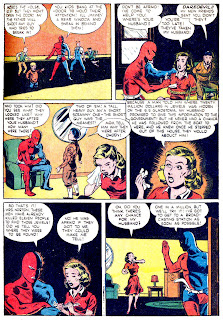 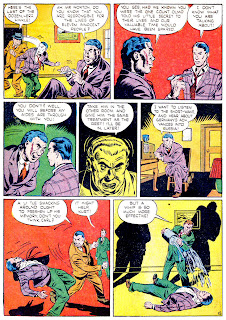 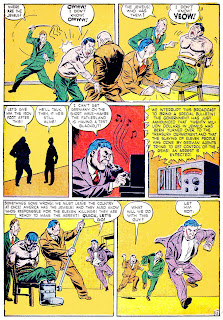 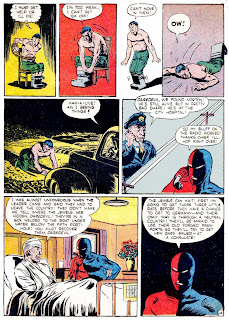 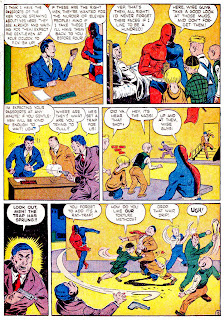 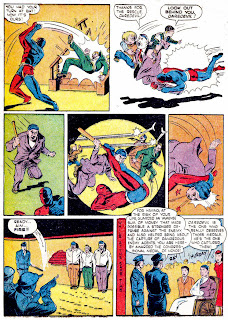 More Daredevil! First without the Little Wise Guys, and then one with them. Click on the pictures to go to the posts. 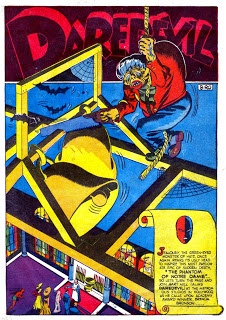 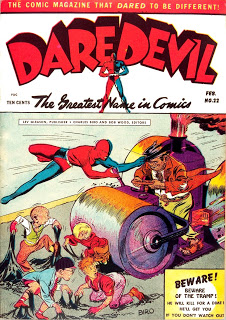 A garter belt and cement boots. Part of the new spring line.