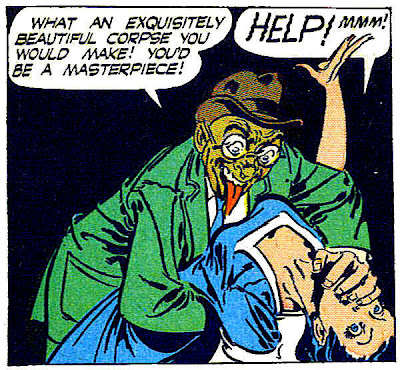 Looking at this Zebra story from Green Hornet Comics I asked myself, “Superhero or crime comic?” Since the subject of the story is a crazed killer with a female accomplice, it seems more crime comic. I counted the panels (yes, I have been known to do things like that), and found that of 63 panels, the Zebra appears in only seven, including the splash. It fits into my Crime Wave series.

If serial killers looked like Maurice they’d be easier to spot. Maurice’s tongue lolls out and he giggles. He doesn’t care who (or what, check out the bug squash) he kills. It was not untypical for a Zebra story to regularly feature some grotesque villains. With Bob Fujitani's deft drawing in an Eisner-style, the killer is portrayed in all his psychopathic fury. 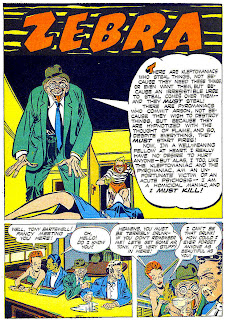 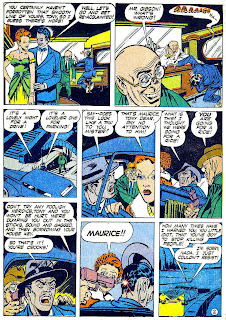 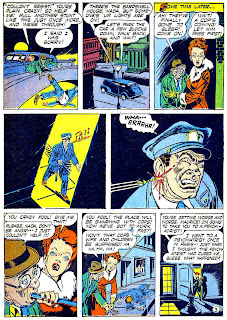 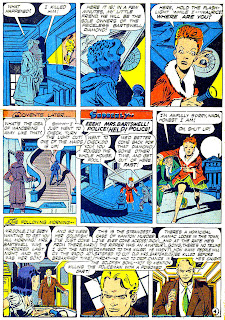 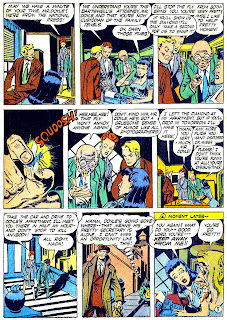 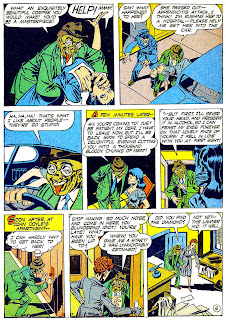 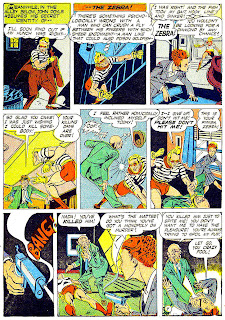 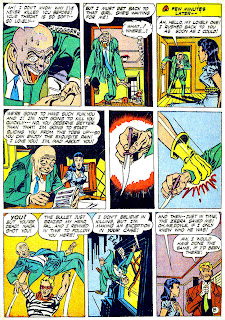 Absolutely bizarre! The villain, the plot, the hero (the ZEBRA?!), the deus ex machina where only a miracle allows the chance for another issue...
Ooof!

At first, I'd regard the "bullet barely grazed me" as incredibly crappy writing, but then I realized the reason for the hideous costume with it's stripes and mismatched colors was because it was carefully crafted to throw off aim by forcing dry heaves when you look at it.

Almost like a parody of crime comics. Seems Fujitani was trying to out-Eisner Eisner. Didn't he ghost on The Spirit for awhile?