I need to get this out of the way first. To me the superhero name “Red Blazer” sounds like a sports coat.

Now that I’ve got that off my chest, Red Blazer, the superhero — not the jacket — was created in 1941 for Harvey’s Pocket Comics #1. A few years ago Heritage Auctions sold the original art, and I'm presenting the Heritage scans here.

Alfred (Al) Avison (1920-1984) is the artist attributed. Avison was a comic art journeyman, beginning in the very early days of comic books, and working for many years. He had an ability to mimic other cartoonists' styles, especially Chester Gould and Ham Fisher. Avison did most, if not all, of the covers for the Dick Tracy and Joe Palooka reprints Harvey Comics issued over the years. Pocket Comics only lasted four issues. It’s my belief that comics in a smaller format would be easier to overlook on a magazine stand, but also easier for kids to shoplift. They didn't call 'em "pocket comics" for nothing. 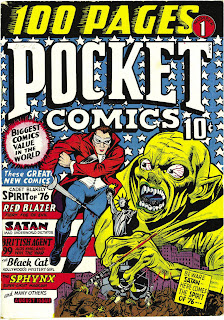 The artwork is on 8" x 12.5" paper, smaller than a standard twice-up comic book page. 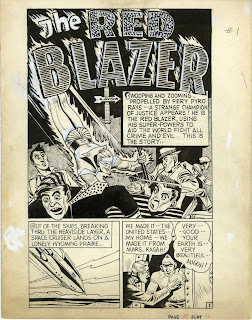 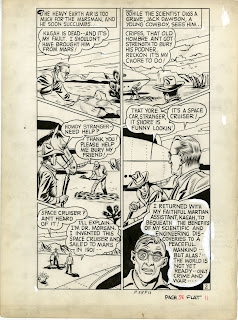 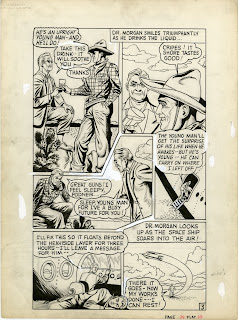 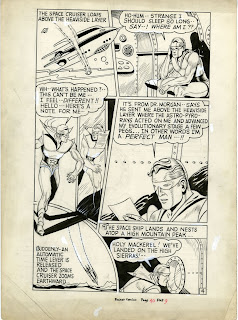 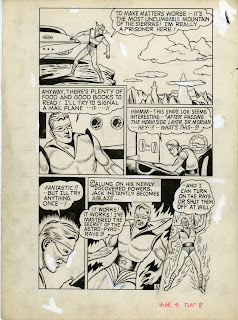 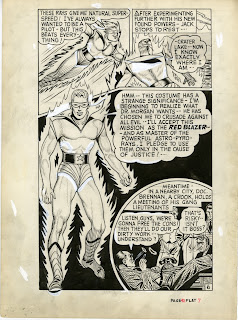 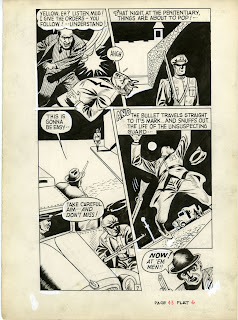 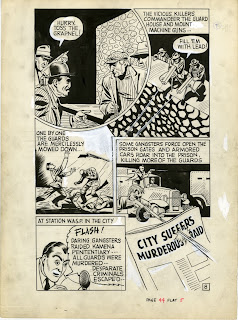 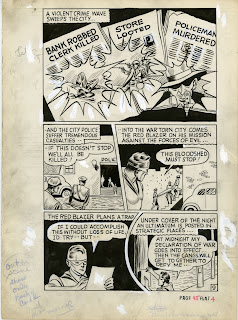 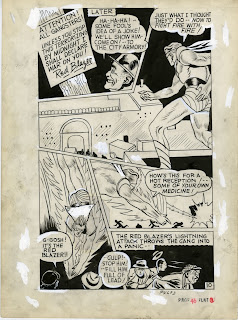 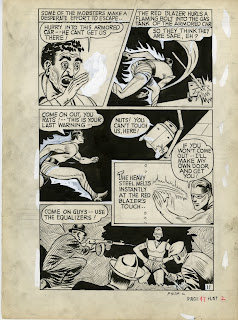 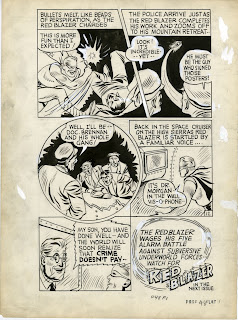 Pappy,
Are you familiar with Quality's Ace of Space? Feature Comics #38 (Nov 1940) has his debut, and this reminds me a lot of it.

(I usually see Ace Egan mentioned as a precursor for Hal Jordan...)
Thanks!

Thanks for the information, Darci. I haven't seen the character.

How funny, read this on PUBLIC DOMAIN COMICS UK in colour, his outfit almost matches the Black Cat in the same issue! LOL!