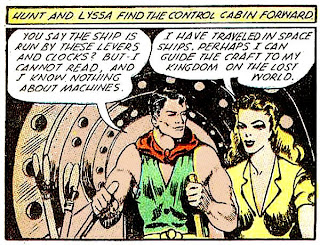 In 1942 when Planet Comics' popular feature, “The Lost World” began, America was in its first year of World War II, and many comic books reflected the war reality. Planet Comics went a step further by introducing the last man on Earth, Hunt Bowman, and a post-apocalyptic vision after invasion by the aliens-from-space, the Voltamen.

The story drops us right into the action, and without dragging out any preliminaries quickly introduces us to Lyssa, Hunt's companion/girlfriend for the rest of the series. It also presents Voltamen before they acquired the quasi-German Army uniforms, or their Latin-based speech patterns (“Me to your leader take!” by Richard Ellington, from All in Color for a Dime, 1970).

The writer is “Thorncliffe Herrick,” which is a grand and fancy name, but a house name. Various writers worked on the series, including science fiction author, Jerome Bixby. The art, according to the Grand Comics Database, is by Rudy Palais, a comic book journeyman then in an earlier stage of his career. Palais' art at this time looks like it was inspired by Lou Fine. Later artists who worked on the feature included Graham Ingels, Lily Renée, and George Evans. 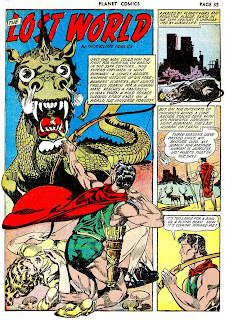 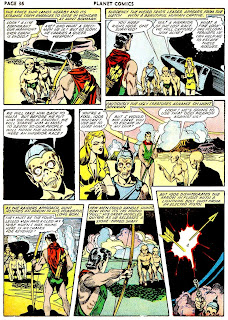 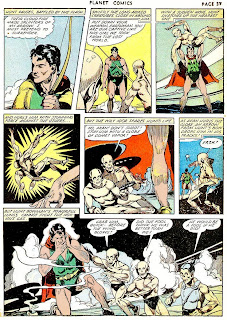 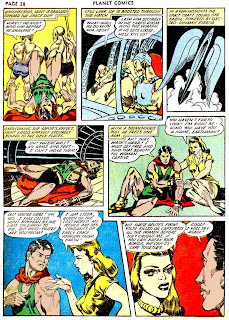 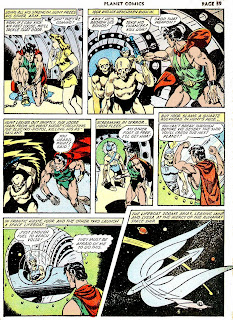 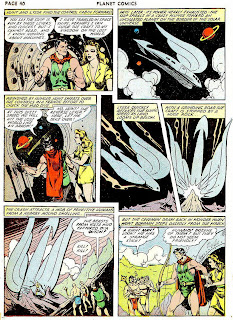 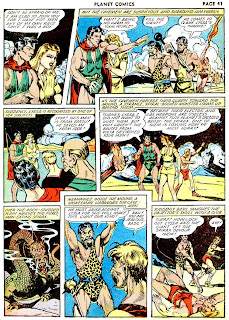 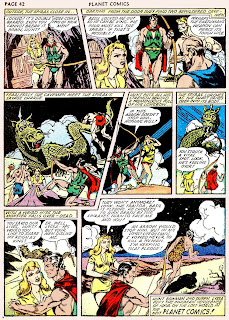 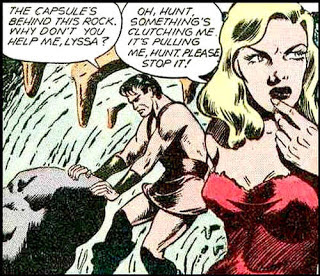 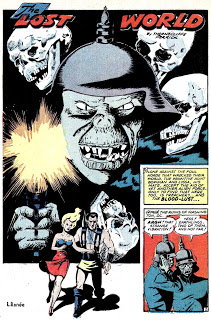