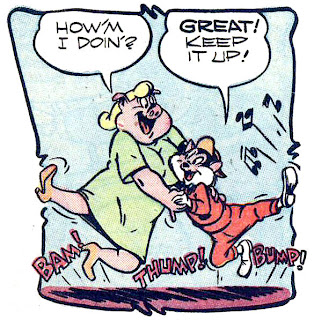 Jack Bradbury did the artwork for the Hepcats, a cute 1940s series about a bunch of jitterbugging funny animals. The stories are a cultural artifact of the era, post-War America when teenagers were becoming a force in society. It was reflected by the number of comic books (Archie and imitations) about teenagers and their interest in cars, dating and music.

The Hepcats was a series inspired by the pop culture of the day. Jack Bradbury was an animator and it showed, with beautifully designed characters and comic exaggeration in every panel. Bradbury later drew the famous Disney characters for comic books,* but my personal fondness is for what he did with characters like the Hepcats. 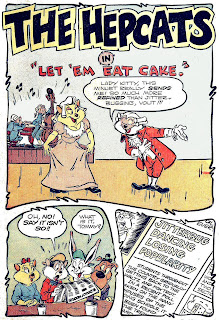 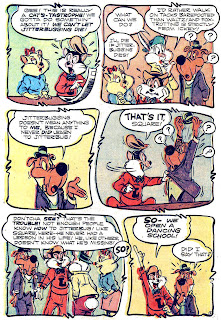 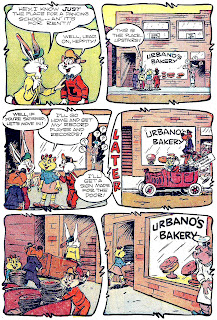 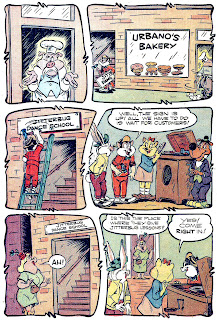 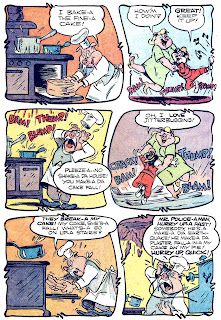 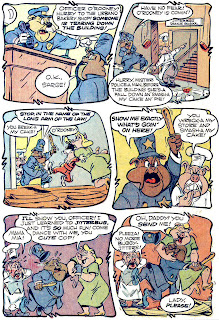 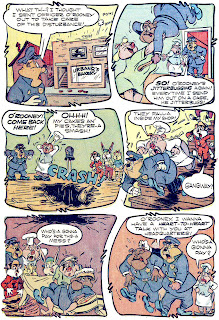 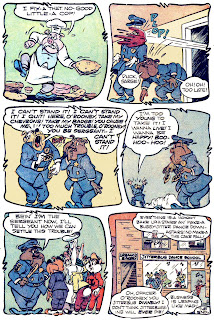 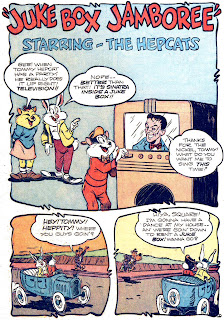 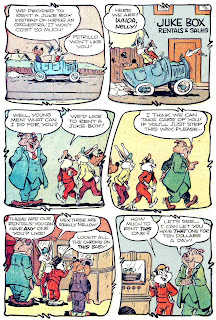 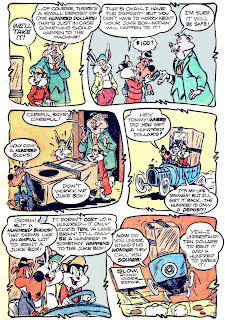 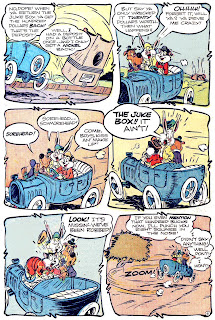 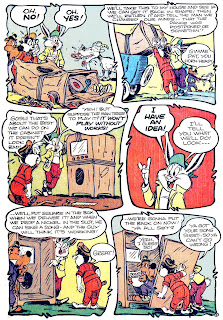 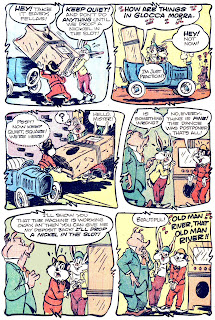 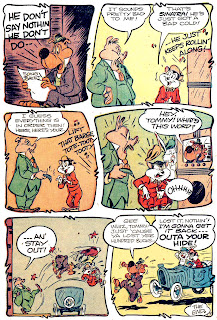 *He also drew Beany and Cecil, a Bob Clampett creation.
Posted by Pappy at 12:01 AM

(I wasn't so keen on the morality of the second story, though.)

It's nice to see something sweet and positive for a change. Everything these days is so dark and angry. Guess that art imitates life. And vice versa.

rnigma, Since Bradbury had worked as an animator, sounds like an inside joke. Wonder if Urbano was a stout fellow; I mean, drawing him as a pig ...

Illsa, you have touched on a subject near and dear to me. I agree with your assessment about art and life. Thanks for pointing it out.

Daniel, I see your point, but it seems that the morality of the second story is so far-fetched it's a situation comedy morality. Isn't this story similar to plots in the Bowery Boys or Three Stooges films of the time?