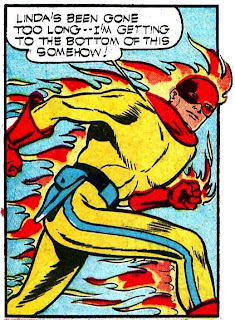 
According to Don Markstein's Toonopedia website, the Flame was created in 1939 by Will Eisner and Lou Fine for Fox Features' Wonderworld Comics #3. This particular episode, from Fox's Big 3 Comics #6, is dated November, 1941. The Flame was gone by January, 1942. A brief flaming career, snuffed out like a candle.

Also according to Toonopedia, the Flame's first appearance pre-dated the Human Torch by a few months.

This story seems old, even for 70 years ago when it appeared, because despite its comic book trappings and superheroics, it's just an old fashioned melodrama. The rich guy will foreclose on the mortgage unless the daughter of his enemy marries him! Baaaaa-hahaha! All he needs is a top hat, cape, and a long mustache to twirl. Wait a mo'...he does have a long mustache when he's in the persona of the monster kidnapper. Ooops. I didn't spoil it for you, did I? I thought the denouement was telegraphed quite early in the story, so if you hadn't guessed you were probably not reading, just scanning the bright primary-colored artwork.

Speaking of artwork, attribution is given to comic book journeymen Pierce Rice and Arturo Cazeneuve. 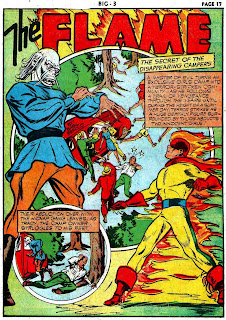 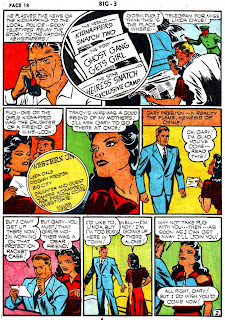 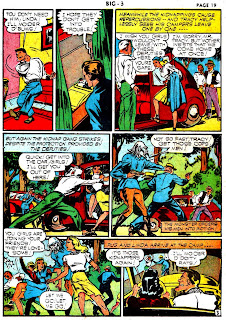 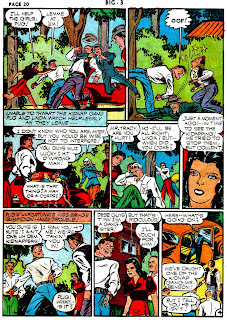 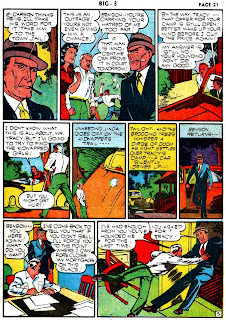 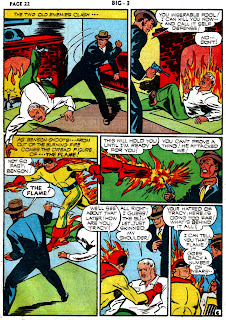 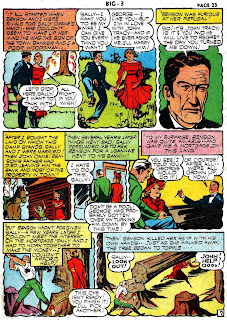 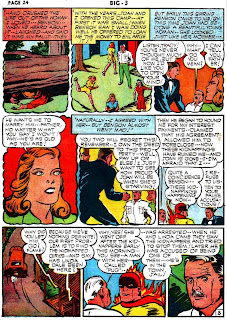 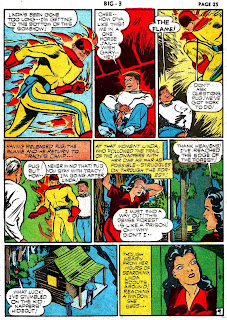 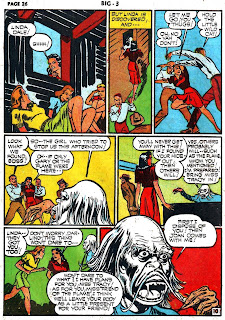 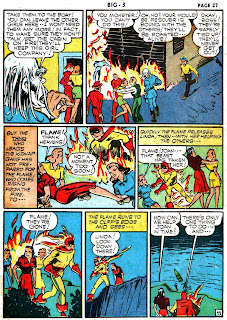 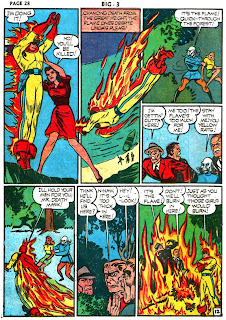 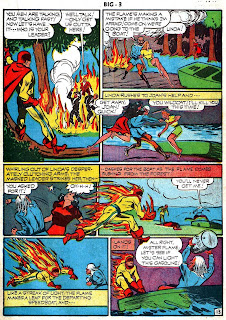 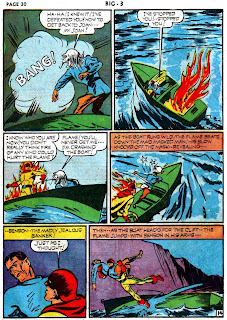 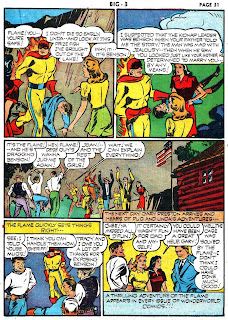 The monster kidnapper's face reminds me of a catfish.

Max, the Catfish probably would have made a good villain's name.

Gotta love page seven: Tracy unintentionally kills his wife by toppling a tree onto her, and that's somehow Benson's fault. Ah, the good ol' days before federal safety regs, when a man could make his wife cut timber without training or even gear...