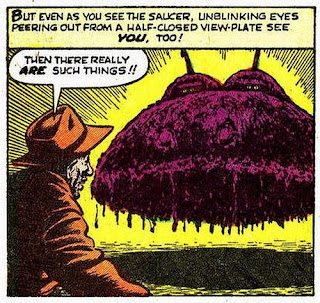 
How good was Bill Everett? Well, pretty damn good, says I. And readers agree. Every time I show something by him I get comments of praise from Everett fans.

Everett had a really wild imagination when it came to his science fiction and horror stories of the early 1950s. This story, "One Head Too Many!" from Menace #1, which is a follow-up to my flying saucer post a few days ago, is full of visual style that I believe could only come from Everett. The corpse-like, shaggy two-headed alien, the vegetation-covered, organic-looking flying saucer seem like they're out of a fever dream. Readers of the time may have had their own nightmares after seeing it.

"The Greatest Magician Of All," which was probably drawn less than a year before Everett's early death in 1973, is full of beautiful details and craftsmanship. It appeared in Marvel's Fear #9, 1972. At the time I wondered if Everett was looking at the artwork of Frank Brunner, or some of the other young artists who had come along, filling their panels with detail and flair. If he was looking at their work, Everett showed they didn't have anything on him. 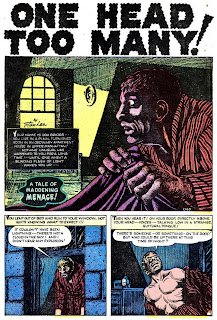 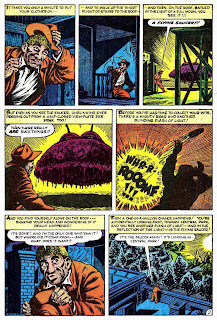 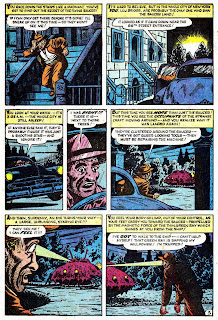 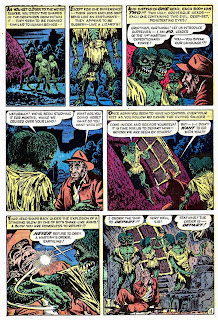 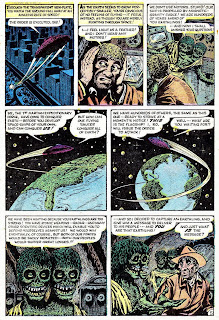 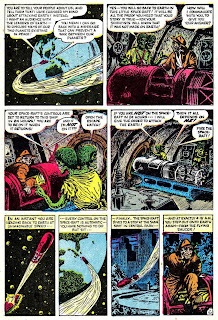 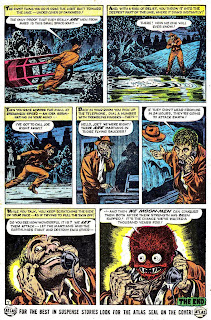 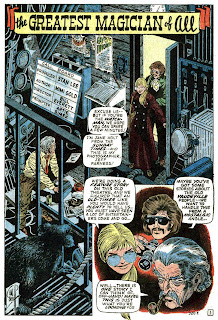 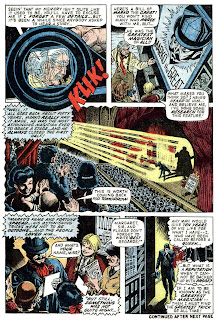 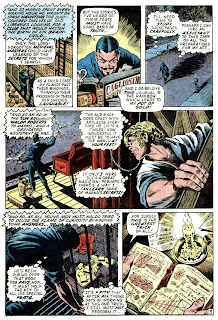 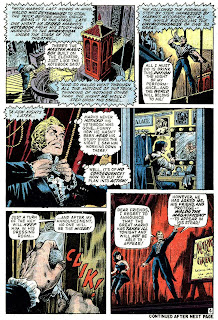 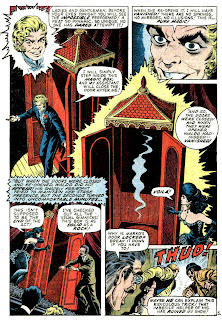 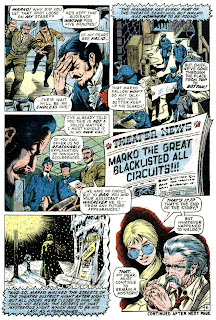 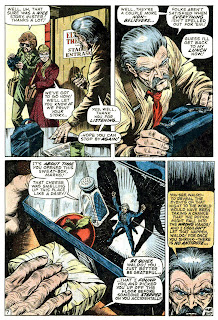 More gorgeous, gorgeous Everett!!! Thanks, Pap! And you're right, a thousand other artists would have made that first story just as stupid looking as it reads, but Everett brought a fecund imagination to bear and we have a memorable piece indeed.

Everett's final run on Sub-Mariner #50-55 and 57, in '72 (the same time as the Fear story) was spectacular!
He had really hit his stride when his health deteriorated.
His untimely passing shortly thereafter was a loss for all of us artistically, and, from the fascinating stories Roy Thomas and others tell, a great loss personally.

Thanks for the Everett! A rock solid master who isn't sung about enough in the comics hall of heroes.