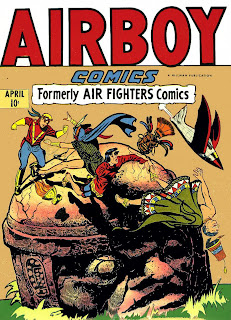 
There's a shortage of information on the internet about comic book artist Maurice Del Bourgo. I'd like some confirmation for what I heard once that Del Bourgo was a South American, which may account for him drawing this South American entry in the Airboy saga. It was published in Airboy Volume 3 Number 2, in 1946.

Searching around for information I found an entry in the Picturing History blog that says from 1934-1943 Del Bourgo drew the "Little Lefty" strip in The Daily Worker, the newspaper of the Communist Party USA. Now that's interesting! I wonder if his leftist activities had anything to do with him not doing any comic books after the early '50s McCarthy-era, or were there other reasons? The information just isn't out there for me to be able to report it.

Little Lefty strips are from The Stripper's Guide blog.

There was also this editorial cartoon by Del Bourgo, signing his name "del.". It's undated but obviously World War II vintage, and sold for $95 at Heritage Auctions. 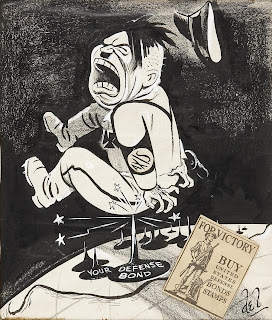 If you have any more information on this Golden Age comic book artist, "Little Lefty" artist and editorial cartoonist, please let me know.

(The cover of this issue, at the top of this page, is drawn by Fred Kida, not Maurice Del Bourgo.) 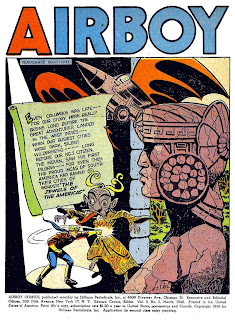 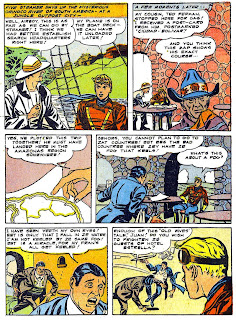 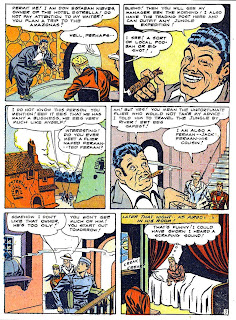 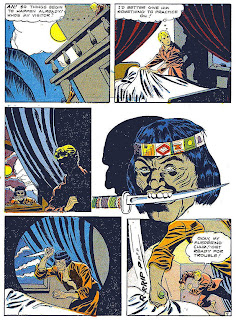 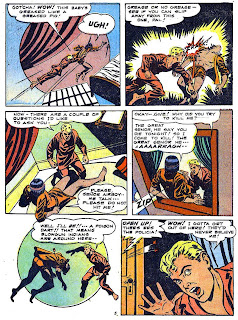 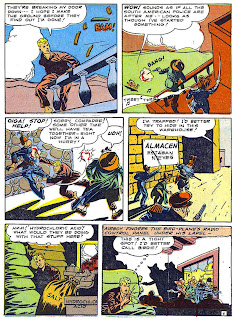 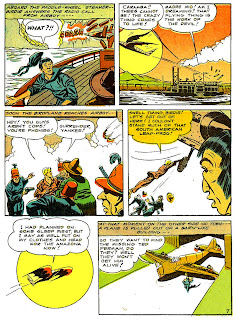 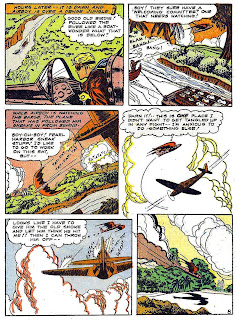 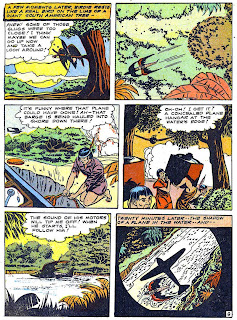 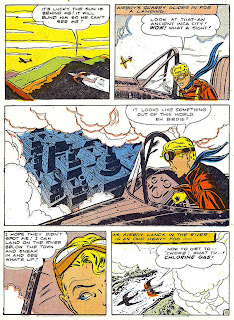 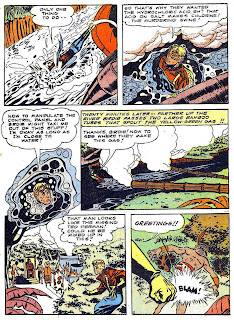 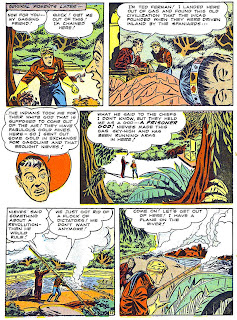 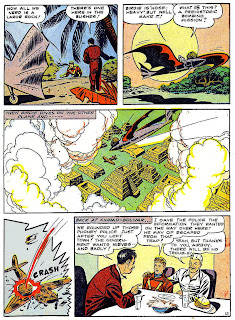 Love dat Airboy. Thanks for the added artistic info, Pappy!

Kirk, I remember the Airboy revival well. I thought it was well done, very well drawn, and contemporary to the era you mention. Maybe it's time for another Airboy re-do.