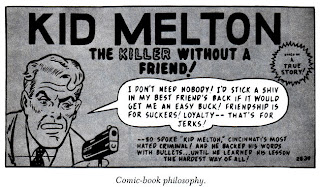 
The friendless killer and the killer goriller


"Kid Melton" would be just another anonymous crime story from an average issue of Lawbreakers Always Lose, which came out of the Timely/Marvel/Atlas bullpen of the late 1940s, but it achieved some notoriety when the splash panel was included in the infamous Seduction Of The Innocent by Fredric Wertham, M.D. I've had several postings featuring this book, and if you want more information click on Fredric Wertham in the labels below this posting.

Seduction Of The Innocent affected the comic fan world, and books with SOTI panels are highly valued. I'm always interested to see the stories behind the panels and usually wonder why the panel was singled out. Lawbreakers Always Lose #7 was published in 1948, several years before the 1954 publication of SOTI, and probably unavailable to most comic book readers when it came out. 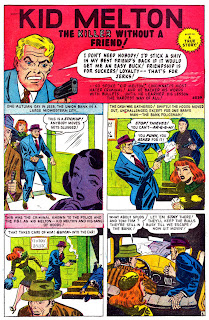 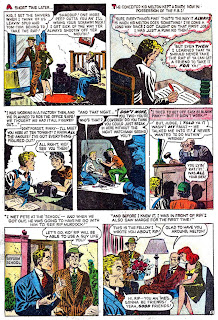 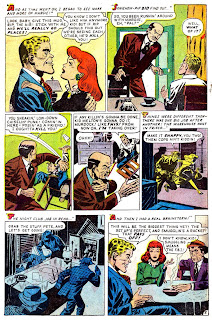 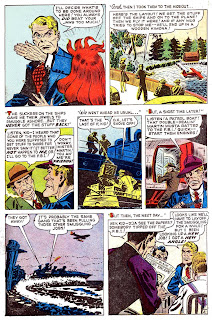 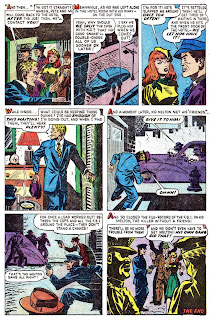 Like "Kid Melton," "The Killer Who Walked Like A Man," from Lawbreakers Always Lose #10, also has artwork unidentified by Atlas Tales. It's footnoted on the listing as being very like "Murders In The Rue Morgue" by Edgar Allan Poe. It wasn't included in SOTI, and I have no idea how Wertham would have reacted. Would he have recognized the influence and did he consider Poe's work, even with its macabre subject matter and violence, an important part of American literature?

Poe aside, it has a gorilla, which Pappy's readers know is one of my personal non-guilty pleasures in comic books. A murderous gorilla in a suit, top hat and opera cape...that's all it needs to make the story stand out for me. 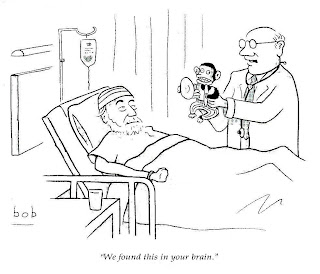 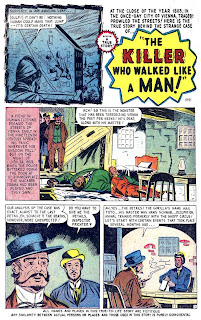 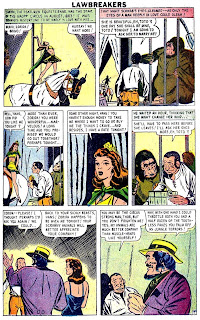 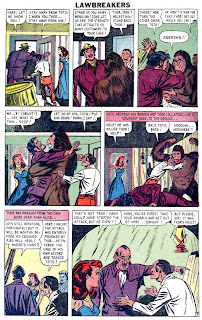 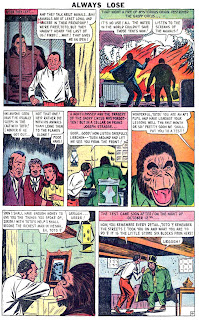 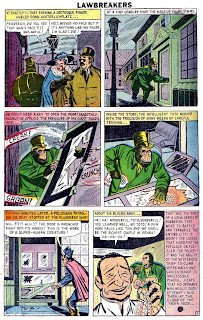 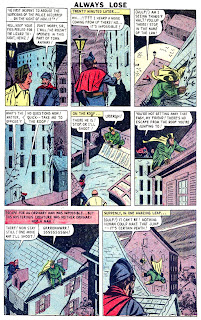 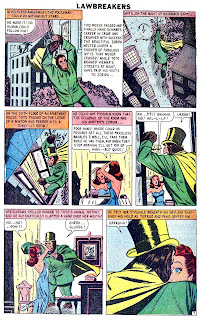 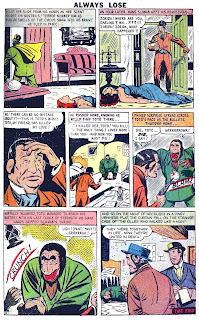 Great New Yorker cartoon! The patient looks like you, Pappy, is there a true connection?

Jeff, I don't know. The cartoonist is Bob Eckstein, and I don't know him. It's tempting to my ego to think there is a connection, especially after all the yakking I've done about gorillas. But unless Mr. Eckstein tells me it is I'll just think of it as a coincidence, and a really funny cartoon.

It's actually Sam Gross, the world's greatest living cartoonist and the guy who tricked me into trying cartooning and introduced me to Bob Mankoff 5 years ago.