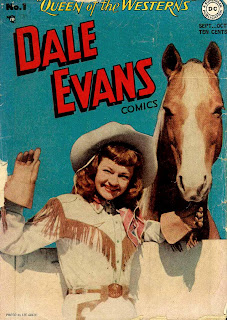 
Dale Evans was married to Roy Rogers, but apparently the marriage bonds didn't exist between comic book licenses. Roy's was with Dell, Dale's with DC, so neither appeared in each others' comics.

Roy's comic book career lasted much longer than Dale's, and even Roy's horse, Trigger, got a comic book.

Unlike Roy's comic book persona as a Western hero, Dale was presented by DC's Dale Evans Comics as being a movie star who got into adventures, much like the similarly-themed Alan Ladd Comics, also from DC. (See Pappy's #721.)

These stories, a Dale Evans adventure, and also the back-up strip, "Sierra Smith, Western Detective," are from Dale Evans Comics #1, 1948. The Dale story is drawn by Maxwell Elkans "and others", according to the Grand Comics Database. The script is credited to W. Ryerson Johnson, a pulp magazine writer who did some Doc Savage adventures under the Kenneth Robeson byline. The Sierra Smith story is drawn by the duo of Alex Toth and Frank Giacoia.

In "Readin', Robbin' and Six-Gun 'Rithmatic" there's no explaining why a bunch of grown men would willingly go to school, or why they were required to do so (despite Willie being illiterate, that is, which figures into the plot). It's all rather silly, really, but I like the "hot for teacher" sub-theme. 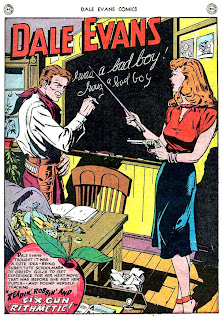 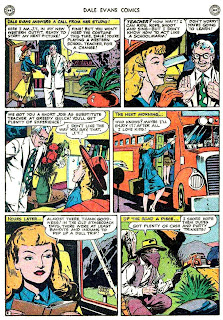 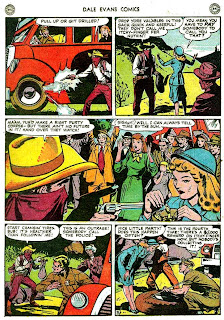 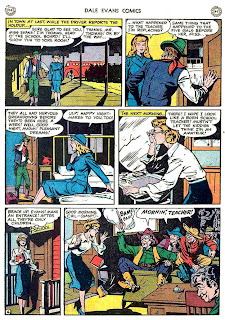 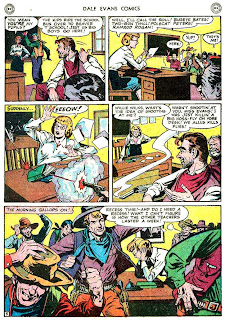 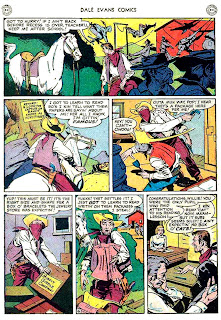 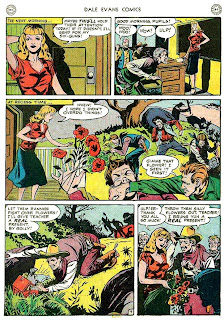 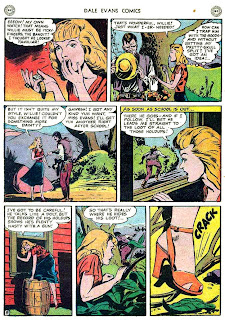 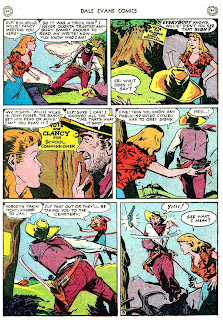 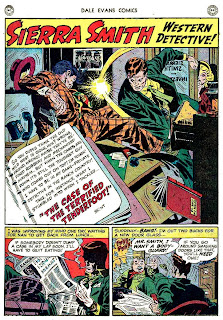 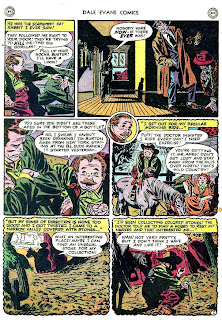 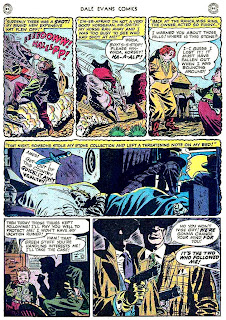 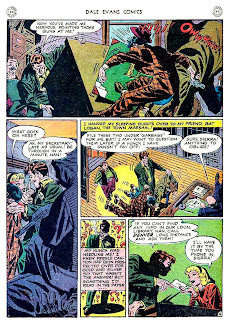 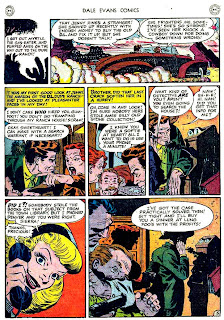 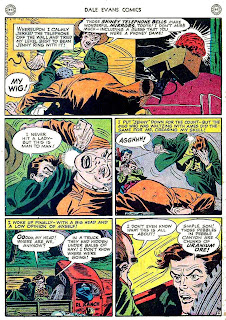 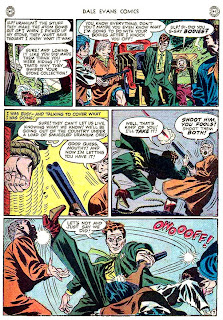 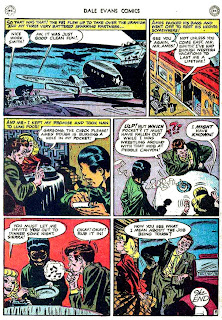 **********
Jordi Bernet is a European comic artist, best known in the U.S. for his Torpedo 1936 strips starring a hired killer. His style owes a lot to both Toth and Joe Kubert, two artists he greatly admires.

Alex Toth did the atmospheric sequence above in 1948, in an era when film noir was at its peak in the U.S. cinema. 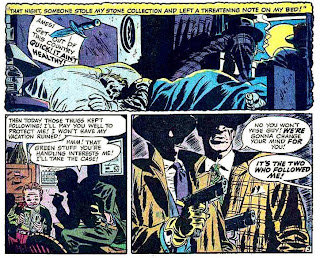 I don't like his character, the psychopathic killer, Torpedo, but I love the noir touches Bernet gives to his artwork: 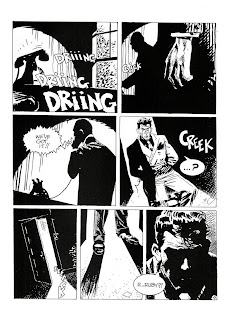 The book, Bernet, edited by Manual Auad, is well worth having. It's available from Amazon.com and other booksellers.
Posted by Pappy at 8:06 AM

There was a Dale Evans - Queen of the West series under Dell, in the early Fifties. It started in Four Color #479 & #528 and continued for 22 issues total. Russ Manning was the main contributor.
As you say, while Evans makes brief appearances in Dell's Roy Rogers & Trigger, Western Roundup, etc, she only shares text stories with Rogers.

Having been away from the internet for a few weeks, it's nice to get back to my favorite blogs, Pappy's high among the list!

Pappy, I wasn't aware there was available a book about Bernet. Fantastic. I will have to pick it up some time.

I wasn't aware Benet was influenced by Toth, but as you point out an example, it's apparent how much Bernet admired him.

I have to admit that Torpedo is a guilty pleasure for me. I have all the Catalan Communication volumes and am considering acquiring the IDW Publishing versions too.

By the way, I strongly believe Torpedo is based after the version of Frank Nitti in Brian DePalma's film, The Untouchables. Have a look:
http://starsmedia.ign.com/stars/image/object/142/14226988/untouchables_frank-nitti-16boxart_160w.jpg

Also interesting to note and way off on a tangent, that Del Close was in The Untouchables! Thanks for the great posts, Pappy. I'm happy to be back in the neighborhood.