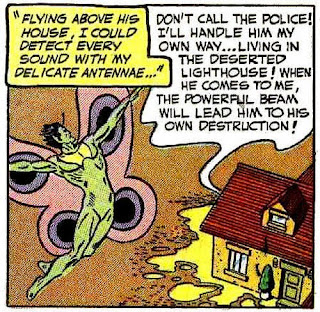 
Mothman to the flame


This well drawn story by Gil Kane and John Giunta is from Mystery In Space #3, 1951. Kane learned his comic art lessons well since the 1948 crime story of his I showed you in Pappy's #787. In "Vengeance of the Moth" with Kane's powerful drawings of the human figure in action you're getting an advance look at his work on Green Lantern and The Atom a few years later.

The story has nothing to do with space, despite appearing in Mystery In Space. It likely belonged in Strange Adventures, and perhaps it was placed in this comic to fill up a hole left by an artist who wasn't as fast as Kane. 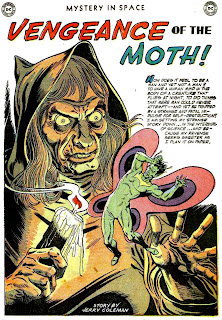 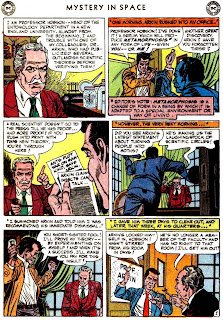 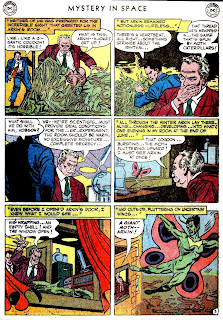 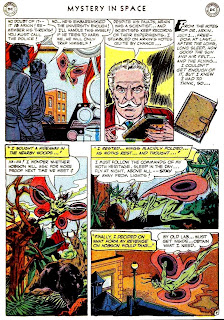 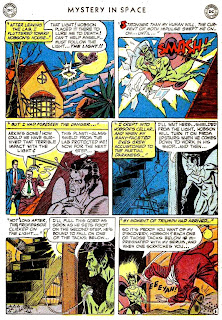 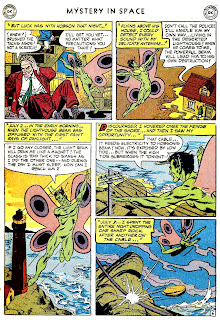 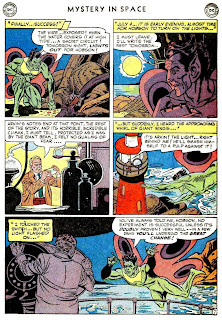 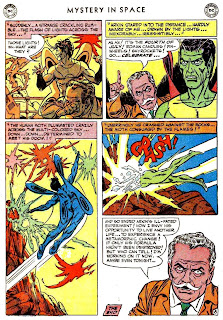 Sad to say, but those two hateful b_st_rds aren't all that different from real-life academicians.