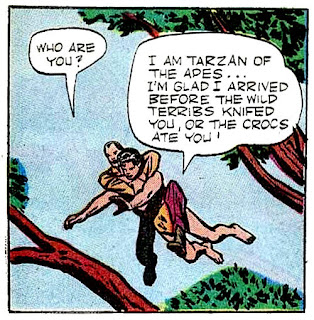 In 1957 my father, Big Pappy, spotted me reading a Tarzan comic book. He told me Tarzan was featured in a series of novels, many of which I subsequently found in the local public library in tattered, worn editions. I remember I checked out several at once--my memory tells me seven, but I don't always trust my memory--and read them simultaneously. I read Chapter One in each book, then Chapter Two, an assembly line reading. It didn't seem to matter because all of the books were about lost civilizations, Tarzan saving Jane, etc. I don't remember whether I finished reading all or any of the books, but I read the whole series in the 1960s as they were published in paperback.

I remember having the impression from the novels and comics of Tarzan's Africa as an unending series of lost civilizations and cities, hidden by jungles. 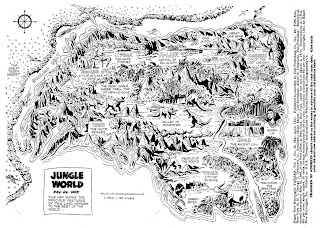 "The Terribs" was written by Gaylord Dubois, drawn by Jesse Marsh, and originally appeared in Tarzan #20, 1951. 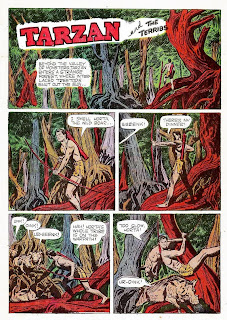 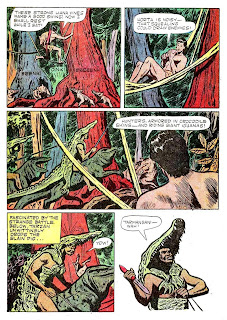 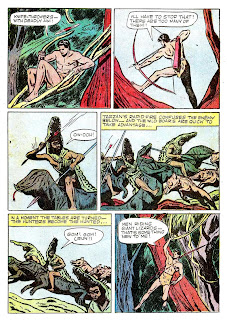 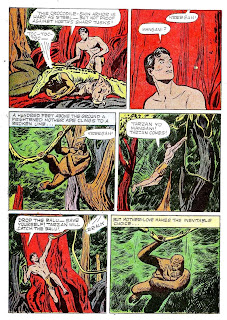 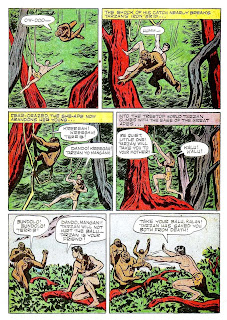 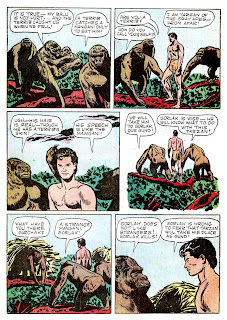 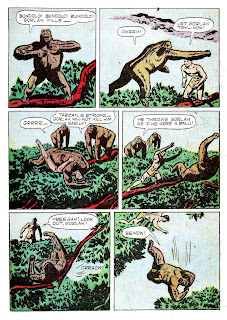 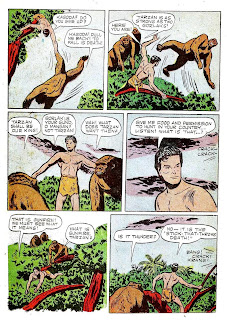 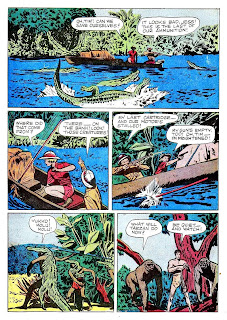 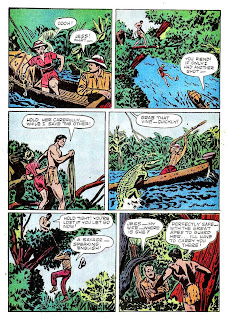 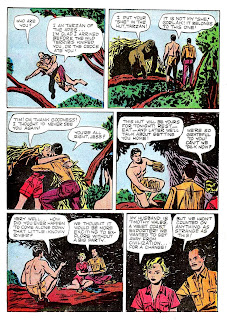 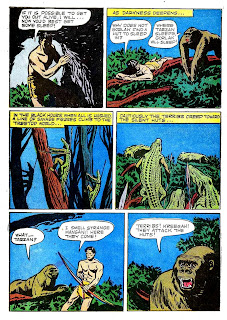 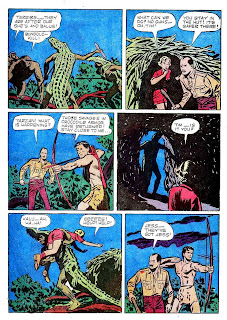 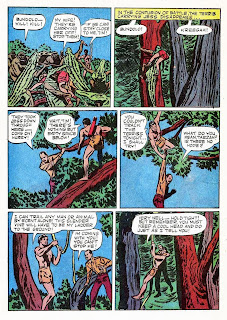 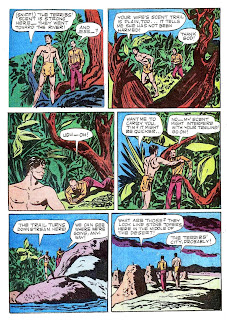 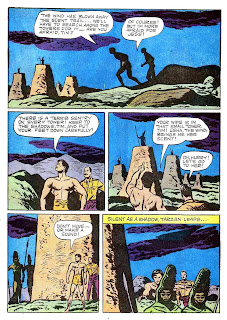 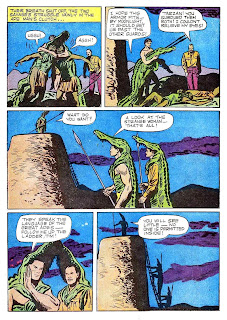 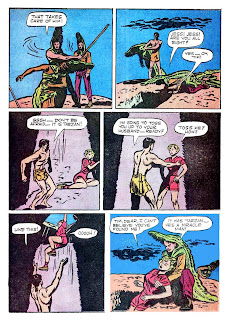 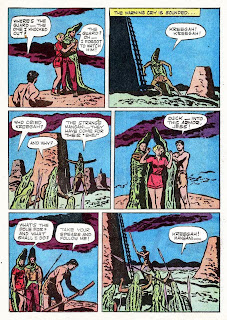 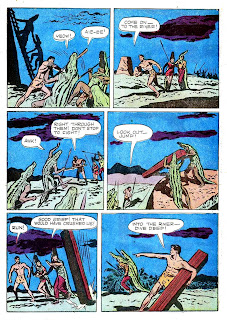 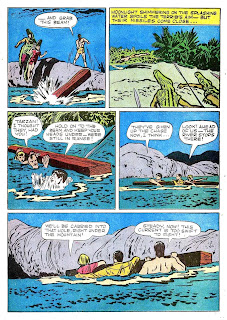 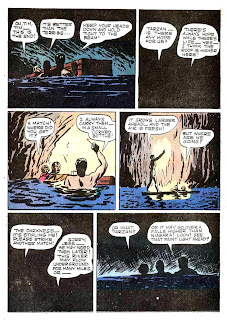 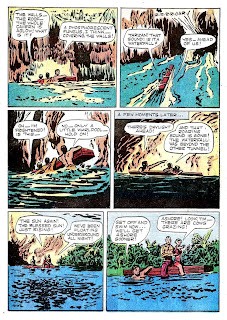 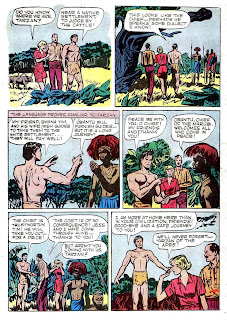 Ahem. I believe what you meant to write was "drawn by the AWESOME Jesse Marsh."

As you wish, Tamfos: "the AWESOME Jesse Marsh."

Notice how much more articulate Tarzan is here than in the Johnny Weismuller movies. That comes from the novels (I also read a few as a kid), though this Tarzan seems more American (like Burroughs himself) than British (which is what Tarzan--Sir Greystoke--actually was). I also like that the animals talk to Tarzan. That would have seemed silly in a movie (though Weismuller's Tarzan DID understand them) but works in a comic.