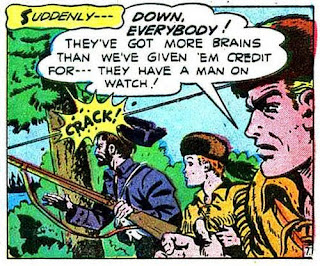 
For a non-super character, Tomahawk lasted a long time for DC Comics. He was featured in Star Spangled Comics as a back-up strip, but soon took as cover feature. His own comic book lasted over 20 years, until the early '70s.

I liked the idea of Tomahawk set in a time frame of the American Revolution, a white man trained by Indians. But as we've shown before, DC Comics, who never met a wild concept it didn't like if it involved dinosaurs or gorillas, went far afield of the original frontier concept. A typically wild Tomahawk tale of the Go-Go Checks DC Comics of the 1960's was shown in Pappy's #848.

But this is the original Tomahawk tale, shown in Star Spangled Comics #69, from 1947. It's written by Joe Samachson and drawn by Edmond Good. Later on Tomahawk was taken over by writer France "Eddie" Herron and artist Fred Ray, but this first story paved the way, establishing Tomahawk for the next 25 years. 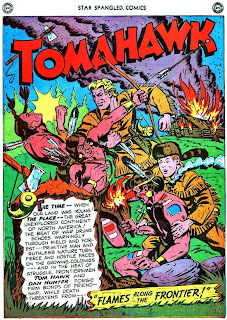 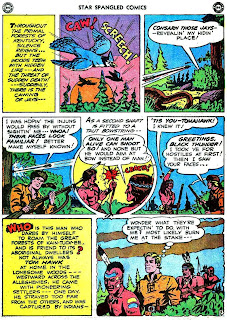 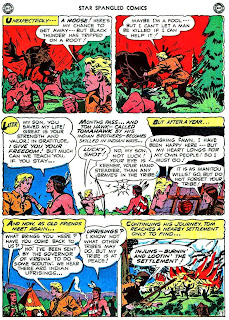 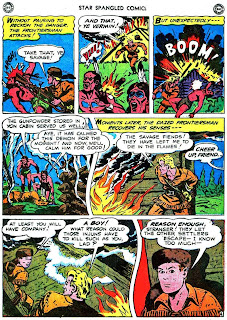 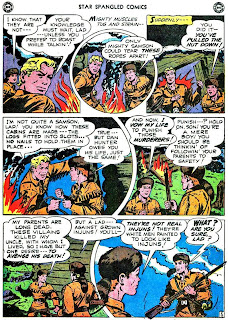 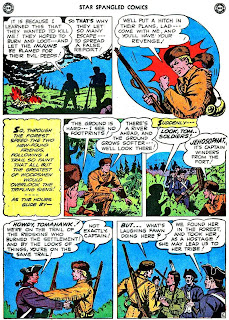 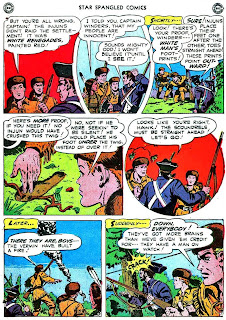 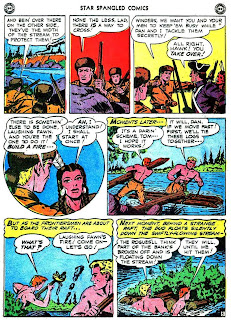 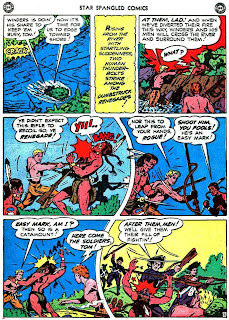 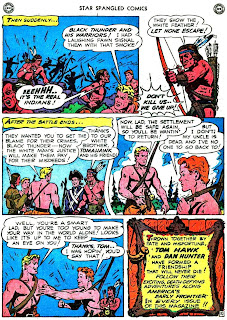 Uhm, quite good at aiming a smooth-bore rifle, that Tomahawk.

I dig the evolution of Tomahawk. From straight forward frontier stuff early on to dinos and the like later on. That 20 year span gave him plenty of elbow room for covering it all!

You know, Daniel, a time or two I've been called a smooth bore.

I love the Neal Adams covers near end the run, and that Frank Thorne art. Wonderful stuff!

What are the chances of DC comics producing an Archive edition of the early Tomahawk series? Any thoughts on that?