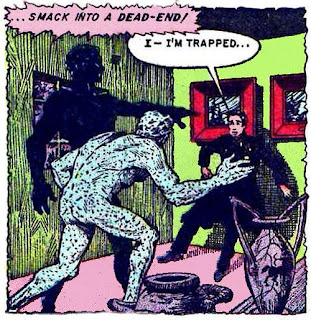 
Lou Cameron is one of the better artists of the early '50s horror comics. His work popped up with regularity, even if he didn't seem to be exclusive with any one publisher. Cameron usually signed his name to his work, when many other artists didn't.

A few years later Lou traded his drawing board for a typewriter. He went into writing paperback novels, which was a very good career move.

A couple of years ago via e-mail I was in touch with Lou's son-in-law, who reported Cameron was quite elderly, but still living. Let's hope that's still true.

"The Night the Statues Walked" is from Ace Comics' Web Of Mystery #19, 1953, and "Within the Tomb of Terror," is from Chilling Tales of Horror, a black-and-white reprint magazine from 1970. Under its original title, "The Tomb of Terror," it was published in ACG's Forbidden Worlds #5, 1951. I featured it five years ago in Pappy's #47. The scans are pretty bad, but if you've got to see it you can click on the link. 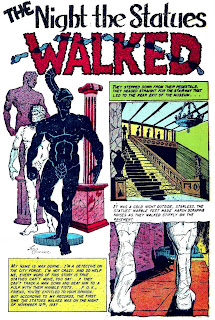 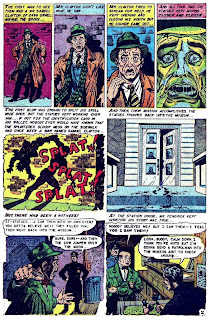 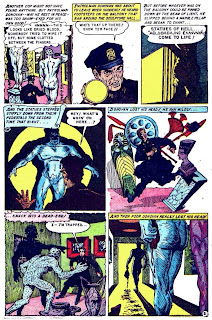 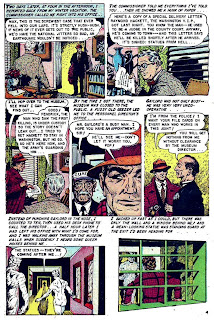 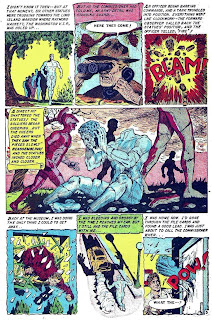 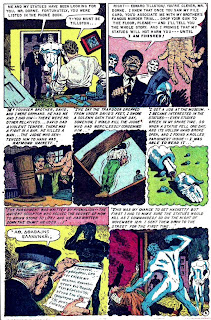 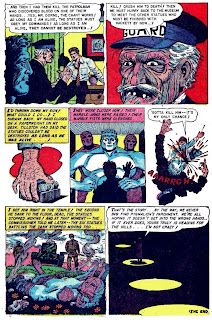 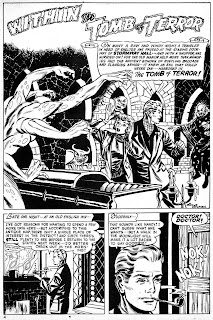 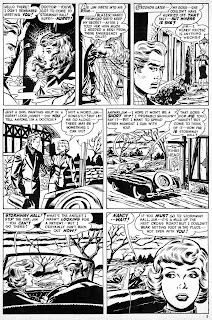 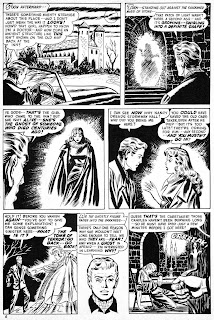 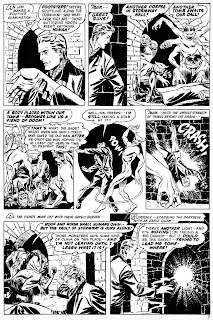 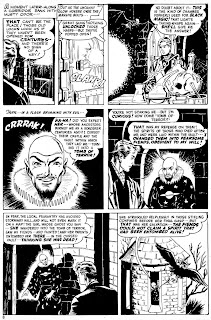 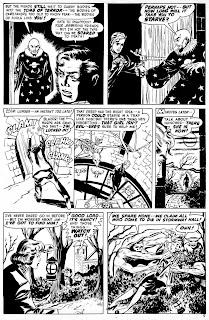 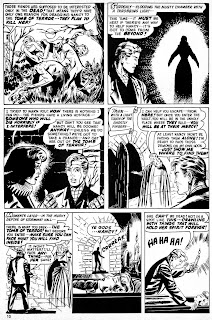 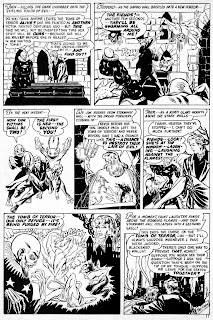 Two good ones, Pap! I love Cameron and it's always neato to find more stories from him... I still believe a collected volume of Cameron horror tales would sell like hot corpse cakes!

I strongly second Karswell's idea of a book on Cameron. One of the overlooked great comic book artists, to be sure! Lou Cameron should not be forgotten!

Let's see a collection of Lou Cameron art, he was one of the great artists working in comic books during the 50s!