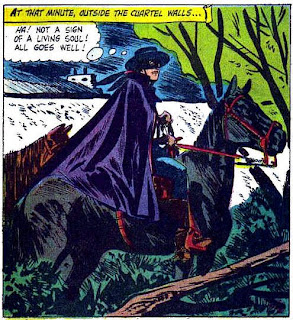 
IDW has issued Genius Isolated: The Life and Art of Alex Toth by Dean Mullaney and Bruce Canwell, editors. It's available from IDW, Amazon.com, or Bud Plant. I haven't seen it yet, but how can it miss? According to the promotional material it includes Toth work on the legendary Zorro comics from Dell.

Walt Disney's Zorro was a solid favorite TV show of mine when it came out in 1957. (Wasn't Disney a genius at getting his name in front of other people's creations? Zorro was created by writer Johnston McCulley, and originally appeared in the novel, The Curse Of Capistrano, in 1919.)

Actor Guy Williams became the Zorro for me. I had bought a couple of the Dell Four Color issues featuring Zorro which pre-dated the television program, but when the show came out the Disney marketing machine went full throttle. Dell's annual Zorro one-shots became Walt Disney's Zorro. Alex Toth did the origin story, and several stories for the series over the years. Warren Tufts did some very significant and fine work on the comic, also.

My copy of that 1957 Walt Disney's Zorro Four Color #882 is long gone, but I managed to pick up the series again in '65 when Gold Key reissued the comics beginning with #1, "Presenting Señor Zorro." 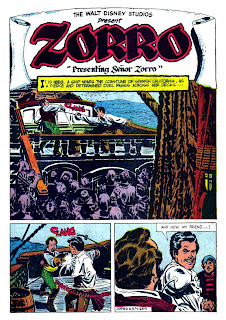 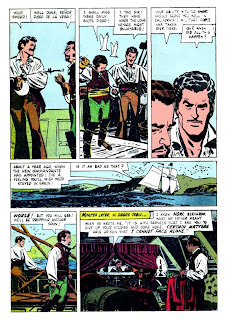 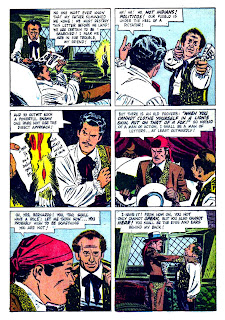 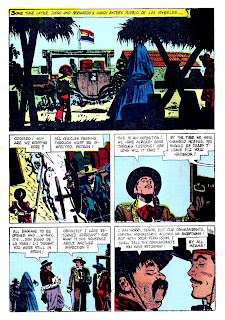 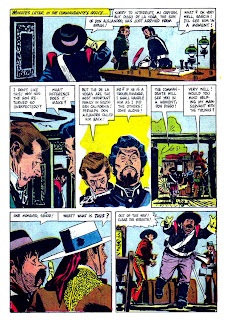 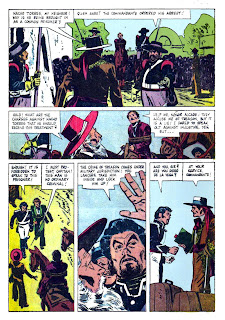 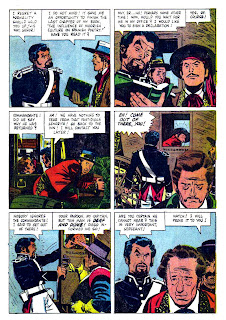 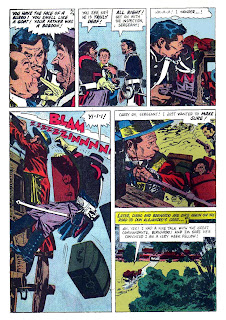 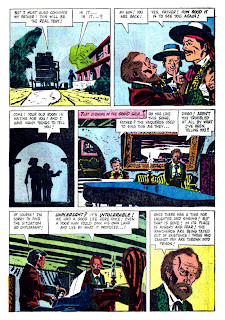 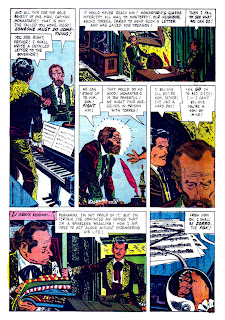 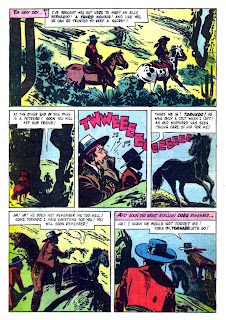 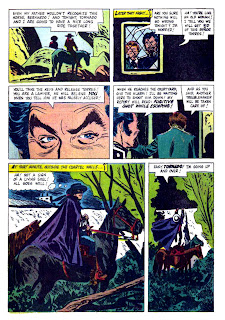 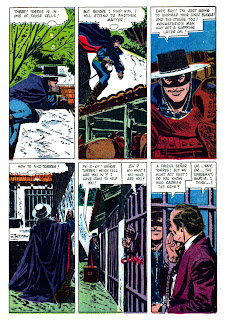 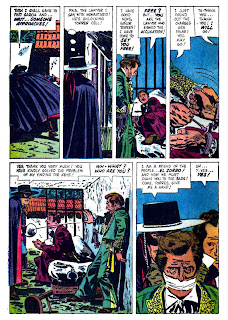 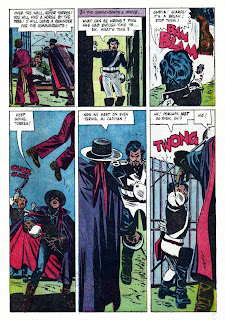 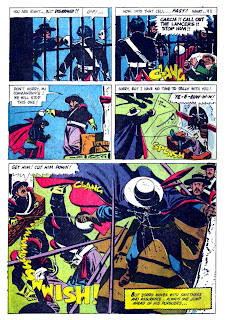 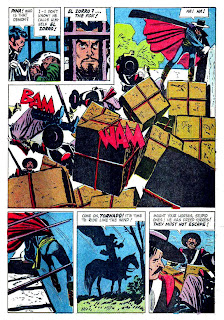 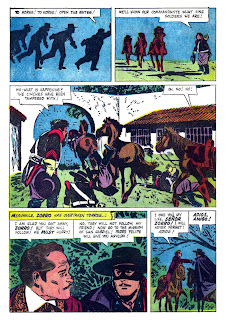 A Toth Western is as soothing to my eyes as anything there is.

I never really like the Zorro comics. Kind of hard to get into.