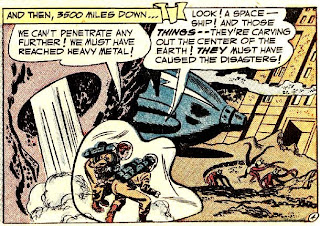 
I'm not sure how many stories Bernard Krigstein drew for DC Comics. During the late 1940s and early 1950s he freelanced quite a bit for a variety of publishers. These two stories from 1953, in Strange Adventures#32 and #33, show he adapted well to the DC house style. I'm not sure why he didn't do more for editor Julius Schwartz.

Both of the stories are written by Sid Gerson. As with a lot of the contents of Strange Adventures, they toss around major science fiction concepts like beanbags. In "The Atomic Invasion" a couple of scientists invent a process by which they can transmute themselves through matter, just in time to meet the threat of gas people from the star Zollic. "The Snows of Mars" has Martians sending us "magnetic snow," which is a curse, only to end the story with a blessing...from the snow comes the cure for all diseases known to mankind! Wow! All that in only six pages!

Neither of these stories show Krigstein at his artistic and creative pinnacle, but they are both good examples of artwork within the Schwartz system. 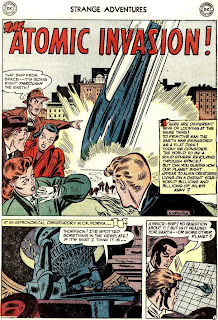 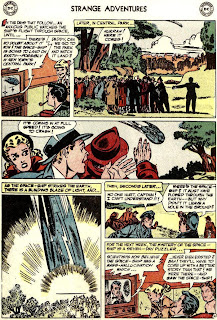 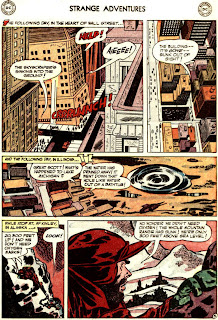 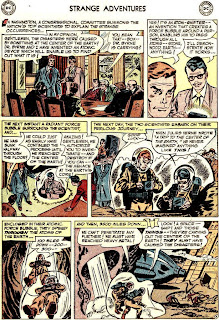 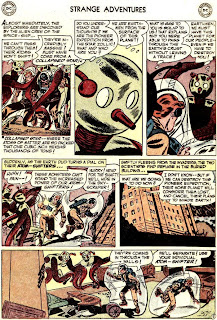 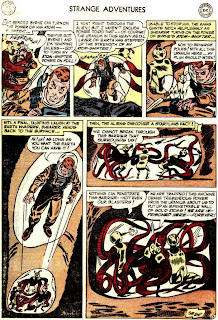 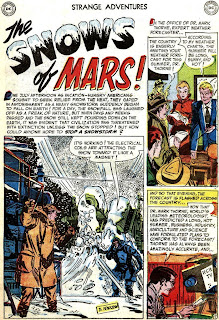 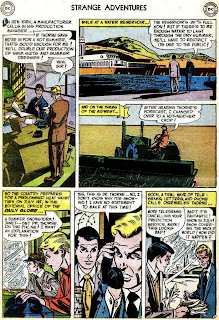 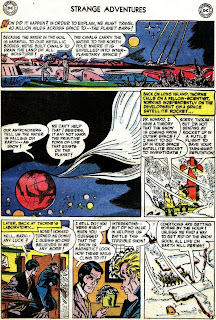 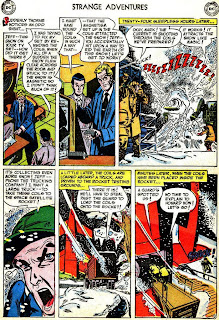 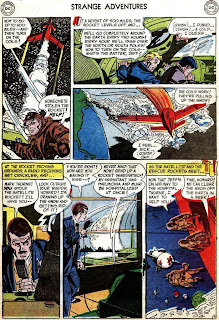 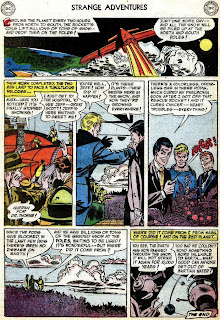 They look pinnacle worthy to me Pappy, I love Krigstein!

Nice Kigstein!Though I don't care for his 'alien' creature concepts...
Good ol'DC happy endings! You were right, Pappy, these stories go from zero to sixty and back to zero in about 5 seconds. example:
page one - look! a space ship!
page two - It crashed into the earth!
page three - everything is sinking! we're doomed!
page four - top scientists gather, and just happen to have invented a device to scramble atoms,plus x-ray specs so we can see thru wimmens clothes...
page five - works on everything except 'heavy metal'(too loud)...look, aliens!
page six - kill aliens, go home, use x-ray specs on neighbors wife.
the end.

Hey, Apoco', I believe you have the Schwartzian formula down perfect.

Doc Mars, thanks for the information on BK at DC. The stories I showed are the only two DC-Krigstein stories I have.

Hey Pappy, I've forgotten one page at GCD.
It's 36 stories drawn for DC.

Thanks for posting Pappy! Meh... I always thought Krigstein was in his best element doing war type stories, but this was a very fun romp just the same. I really like The Apocolyte story better... always wanted ta see thru Wimmens clothing :)