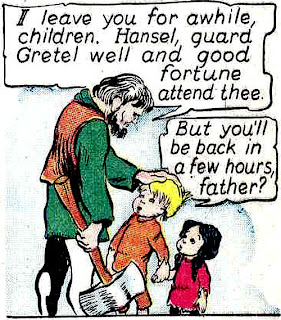 
No one needs to tell anybody who has ever heard a folktale that "Hansel and Gretel" by the Brothers Grimm is more horror story than fairy tale. Cruel stepmother, children abandoned to die in a forest, famine in the land, wolves attacking, cannibalism and death by fire! Yup, another day, another old story as retold by Jacob and Wilhelm, our grimmest brothers.

This particular version, which I believe to be close to the original (I haven't read the Grimm version in several years) is drawn by Walt Kelly and is from Fairy Tale Parade #1, 1942. What a big surprise for an unsuspecting parent reading the kiddies to sleep with this thing, eh? As a matter of fact, Stan Lee and Joe Sinnott imagined just that, in this funny story from the horror comic, Menace, in 1954. I showed it to you in 2007 in Pappy's #147. 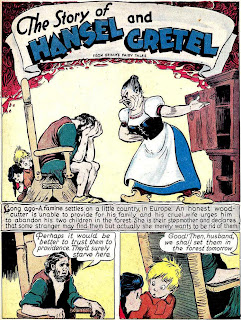 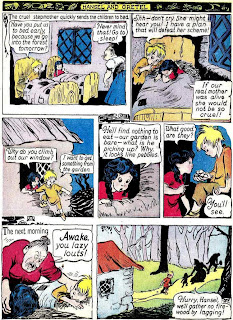 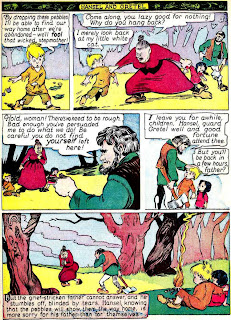 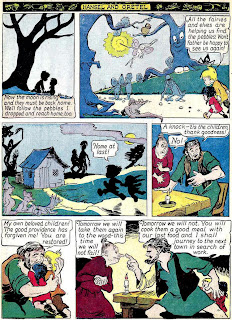 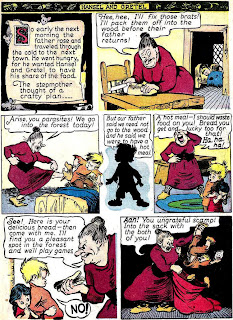 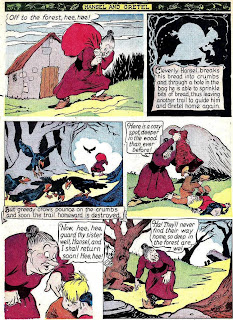 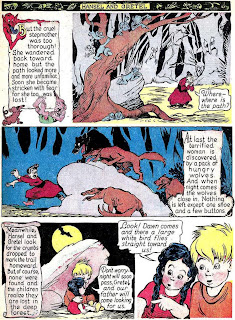 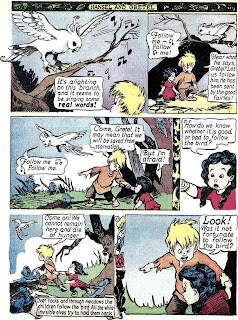 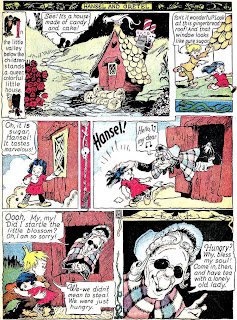 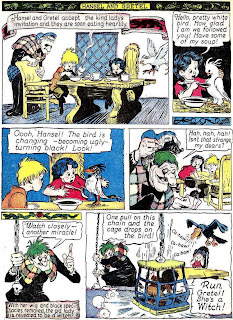 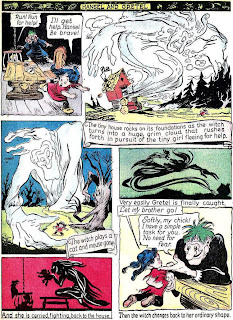 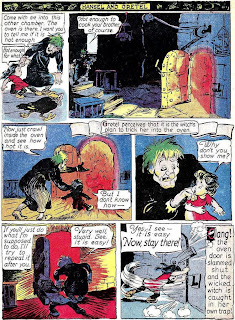 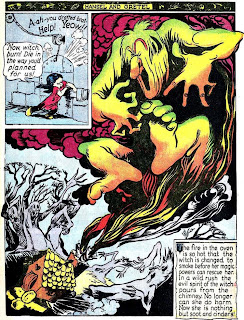 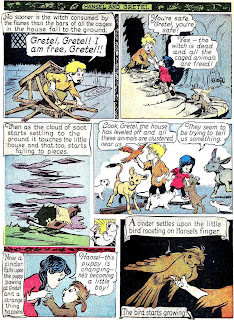 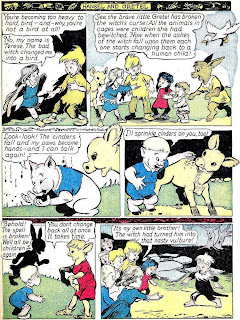 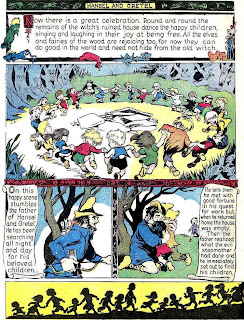 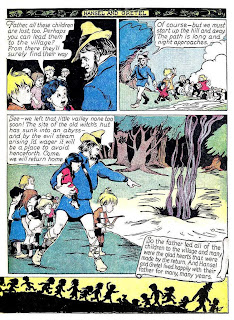 Pappy: Yowie! That is some terrifying stuff. My favorite children's moment was when the witch, burning to death in the iron doored oven, goes into such hysterical death throes that she sends her evil spirit up the chimney, its naked and grotesque form writing and screeching in the sky so horribly the trees themselves shrink in terror. Snuggle up, kids! Let grandpa tell you another!

Some of the panels of the children's faces belong in a museum. -- Mykal

I didn't mention in my copy that a lot of kids felt the war anxiety of the day. Maybe a story like "Hansel and Gretel" didn't seem so bad next to the latest war news.

Your remark about the children's faces made me think that perhaps Walt Kelly's pleasing art style lightened the horror aspect for young readers.

Pappy: Page 7 - last panel. I actually felt an intake of breath. I study it and study it some more and just can't quite make out how Kelly captures a boy's face of such luminous beauty and innocence. I guess if I knew the secret I'd be a genius, too. Like Kelly. I can only imagine that panel turned the story personal and "OK" for children reading it.

And I think your right about the war. The plight of the children was horrible and terrifying, but they did win in the end.

Grim indeed. Thanks for the link to your earlier post too.
I may not have recognized this as Kelly had you not told me...not used to seeing him draw real people. Thanks Pappy! Loved it.