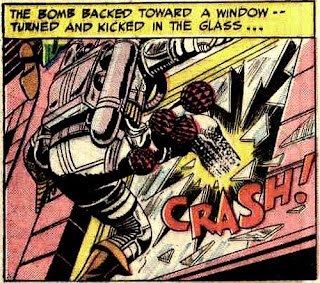 
The human bomb of Big Town!


Dan and Seymour (Sy) Barry were widely influential comic artists in the late 1940s-1950s. The Barry brothers went on to syndicated strips, Dan with Tarzan and then Flash Gordon, Sy with The Phantom.

Even though the only signature is Dan's, according the Grand Comics Database Sy inked over Dan's pencils on "The Human Bomb!" for Big Town #2 in 1951. DC's Big Town was the comic book version of a popular radio and TV show about a crusading newspaperman, Steve Wilson.

I admire the Barry brothers. I believe Dan admired himself a lot, too. Here's a 1958 photo of him in a Speedo. 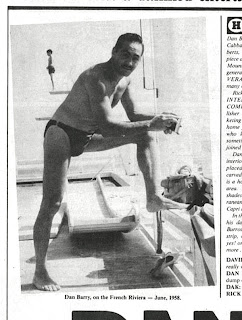 I've seen a lot of comic books and a lot of splash panels, but this Big Town splash stands out. I can visualize the original framed and on my wall. Now you guys know what I want for Christmas! Ha! 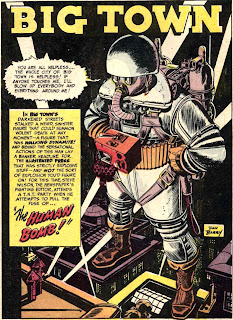 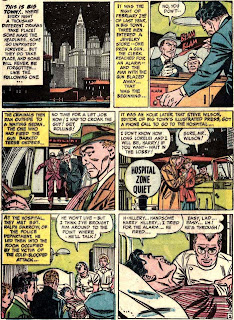 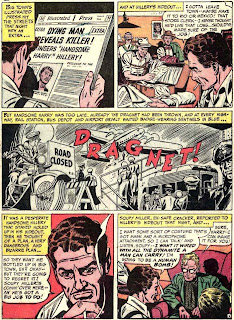 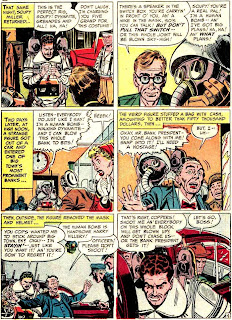 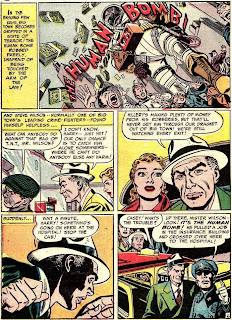 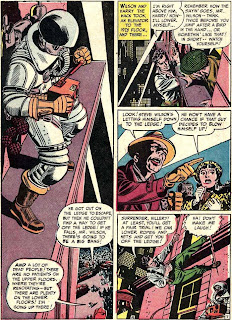 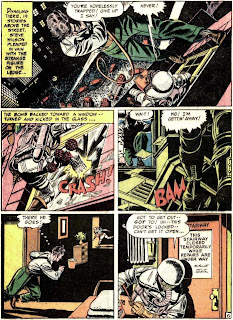 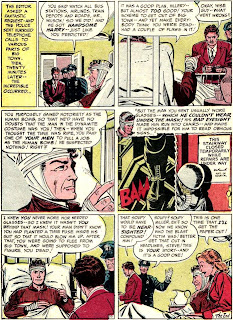 With respect for all of DC's endlessly re-packaged superhero stuff, it's unfortuante that they've chosen to let so much of this kind of material languish.

Such pretty work. All of it has such a nice, smooth finished look. I love it.

But what was he thinking in that speedo? Had any man anywhere ever looked good in one? I have yet to see it. -- Mykal

I agree with Chuck. I was about towrite something about this being a licensed property, and that being a problem. But then I remembered garthate this had been reprinted in a super spectacular back in the 70s.

Regardless, work by the Barrys is always appreciated.

Reading that I couldn't help but think of the difference between then and now, where Human Bombs _want_ to explode, not just threaten it.

I should have mentioned this was reprinted in Detective Comics #445. I also forgot to mention it was written by one of DC's prolific writers, France Herron.

Dan Barry did indeed think quite highly of himself. This may have had something to do with why other comics professionals didn't necessarily have the highest of opinions of Dan (personally speaking).

When Barry was working for Dark Horse Comics on various projects, he contacted Alex Toth (with whom he had worked back in the 1950's) about doing some inks over his pencils. Alex wrote to a friend about Dan's phone call this way: "After 30 happy years of no contact, Dan Barry phoned me today."

Dan Barry's sublime style, shown here but showcased in many DC books at that time, including some terrific stories in Real Facts, became the template for all of DC's output of the fifties and early sixties. So many of the things we now accept as not very original, because we know what people like Kane, Infantino and even Alex Toth took from it, are even better than we might think now.

I saw this story when it was reprinted in the 70s: the Big Town references were changed to "Marty Moran, Headline Hunter." "Big Town" was based on a radio show and DC couldn't get the rights to the name for the reprint.
Sort of like when DC reworked the Dobie Gillis comics as "Windy & Willy."

Scott, I would like to know what "garthate" is.

Well, sir, that would be a weird typo for "that" at least as far as I can tell. I only vaguely remember the comment.

Let me take this opportunity to thank you for the blog. Though I may not have commented in a long time, I still read and enjoy. Thank you for brightening my day.