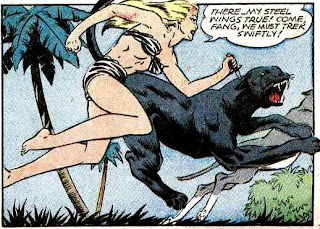 
Camilla is a thrilla


This is day three of Pappy's Jungle Girl week. Are these chicks swingers, or what?

Camilla is from Fiction House's Jungle Comics, one of the secondary characters to Ka'a'nga, a Tarzan-type, who was the book's star. She actually had an intriguing start, based on H. Rider Haggard's Ayesha (She), but eventually Camilla settled in to being yet another jungle queen. Camilla had several artists, but I've chosen a story by Fran Hopper, one of the fantastic female cartoonists of the 1940s. 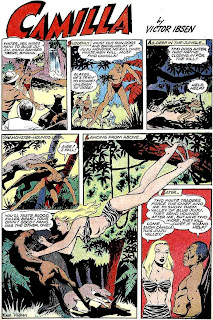 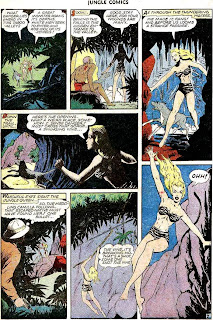 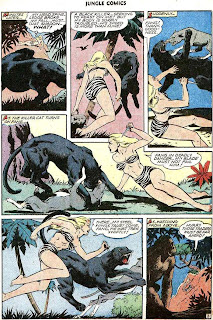 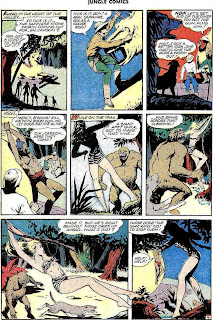 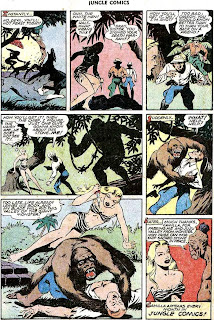