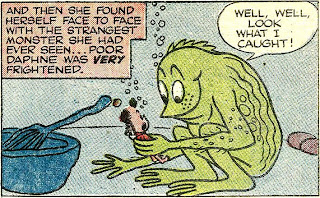 
The prince in the pool


Something I like a lot about John Stanley's stories is the fantasy element. His Little Lulu stories really soar when his imagination is let go. Unlike Tubby, who had an hallucinatory childhood, seeing ghosts and hobnobbing with little men from Mars, Lulu had her feet on the ground and didn't usually go off into flights of fancy until she had Alvin as an audience.

"The Prince In the Pool" originally appeared in Marge's Little Lulu #11, from 1949, but I scanned it from the 1959 Dell squareback, Little Lulu and Alvin Storytelling Time #1.

In "Prince" Lulu becomes a Dickensian character, the poor little girl, so poor she is turned away from the poorhouse; she is cold-heartedly told to live in a doghouse. But the dogs turn her away, too. Now that is poor! 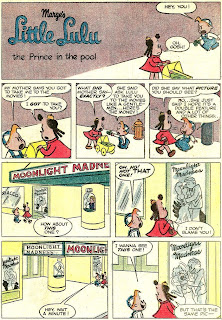 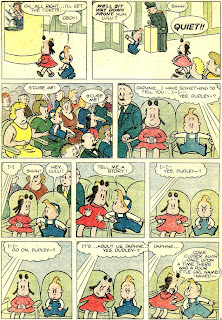 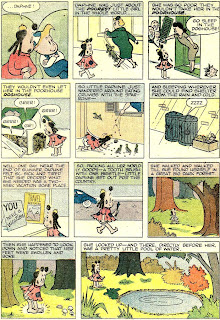 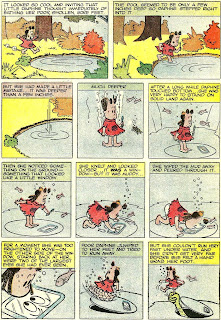 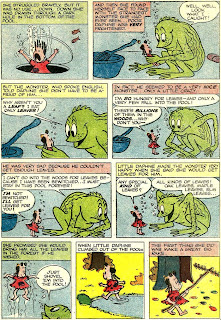 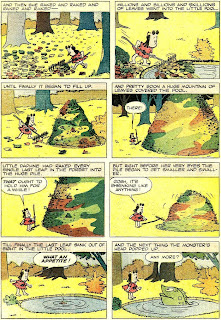 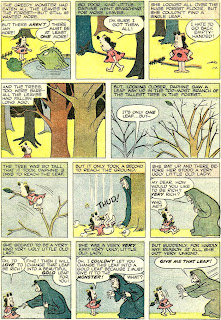 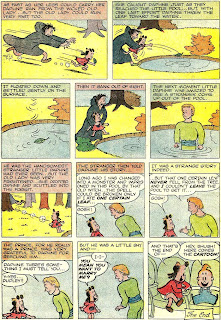 Happy New Year, everybody. I'll be back January 1 with a special #1 issue.