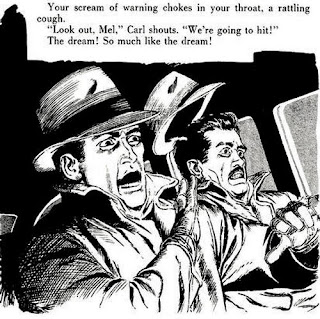 
In April I posted the horror story, "Reflection of Death," from Tales From the Crypt #23, in Pappy's #503. It's one of my favorite EC stories, told in a POV style by Al Feldstein. I think that 1951 story helped set the overall tone for the horror comics that Bill Gaines and Feldstein were trying to do. Some years later, after the Comics Code came about, Gaines started a line of magazines. Feldstein re-wrote the story for Terror Illustrated #2, an attempt to mix EC comics and prose fiction. Except for Mad Gaines flopped in the magazine business.

Feldstein wrote the story under the name, Alfred E. Neuman (yuk, yuk), and used the art talents of George Evans. In my opinion the original incarnation of "Reflection of Death" worked; by the time of this re-working the plot seems predictable and the writing pedestrian. The artwork, however, is a good enough reason to look. 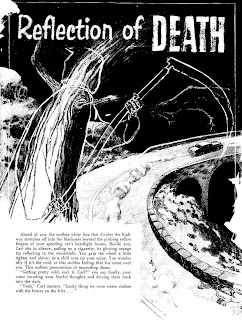 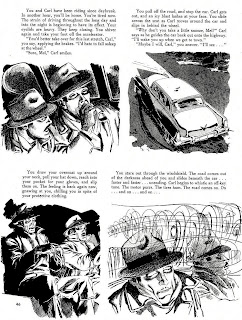 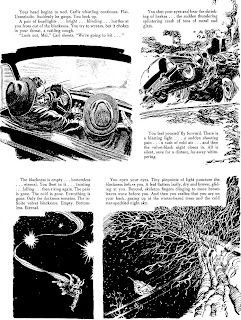 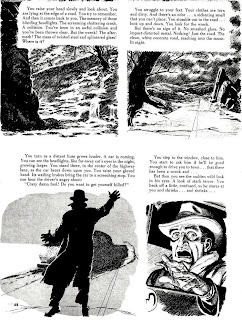 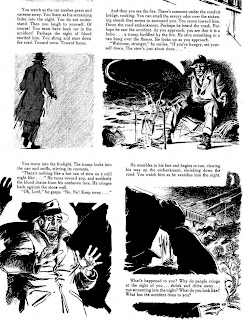 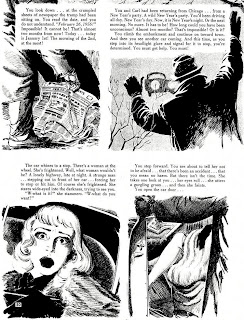 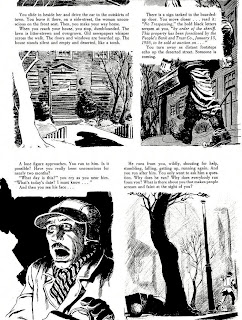 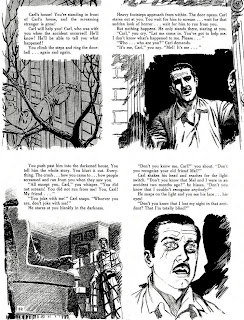 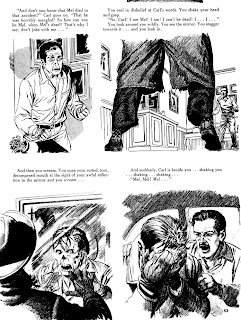 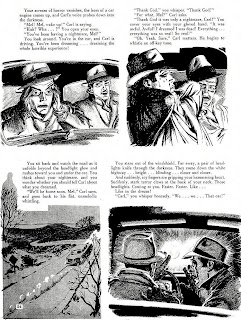 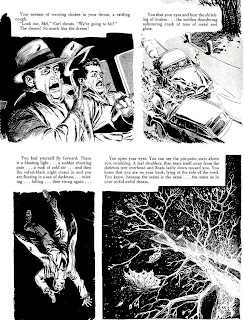 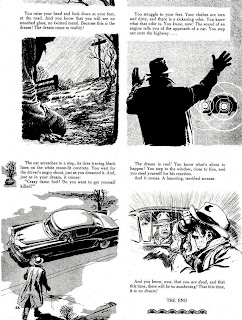 Great post. Loved it. Ta for reprinting the story.

The episode in TALES FROM THE CRYPT (1972) apparently used the Feldstein art as a storyboard.

Bhob, I've forgotten most of that movie which I saw when it came out in '72, but not since its original release. I remember being especially disappointed in their visualization of the Crypt Keeper.

Feldstein's "Reflection of Death" is a great example of a ready made storyboard.

Cool post, Pappy!
I've often wondered why EC chose to rework already published stories (financial reasons, I'm sure)for their Picto-Fiction. While it did give the artists a little more freedom which resulted in some great B & W artwork, but diehard fans may have been disappointed when they realized the story they were reading had already been done before.
As for me, George Evans is wonderful, but you can't beat Feldstein's original story/art!

I'm well familiar with the Amicus 'Tales from the Crypt' film adaptation of the story but this is the first time I've seen the picto-fiction version. Evan's artwork is beautiful. Great post.