Nimba is no bimba!


This is day four of Pappy's Jungle Girl week. Safari Cary, and Nimba, yet another in a long list of jungle goddesses, were featured in Fox Features' Dagar Desert Hawk, this particular story from #15, in 1948. Fox published some interesting comics in the late 1940s, a lot of them featuring very sexy girls, several featuring jungle girls.

The artist is Edmond Good, a Canadian who became part of the American comic book scene after the Canadian comics industry crashed. He did both Dagar stories and Safari Cary.

As a bonus, I'm including another story from Dagar #15, a 4-page story starring yet another obscure jungle babe, Tangi. It's drawn by the one and only Jack Kamen. Some of the dialogue in this story sounds racy, as when the giant exclaims, "Honor her with the golden spear! Thrust it deep and true!" On the next page the giant shouts, "The very earth moves!" Well, that kind of writing moves me, too. 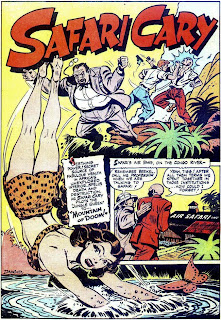 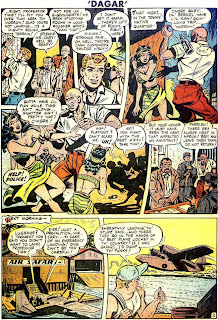 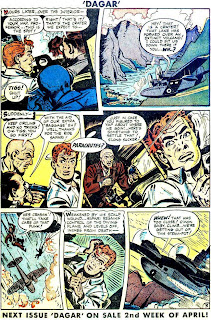 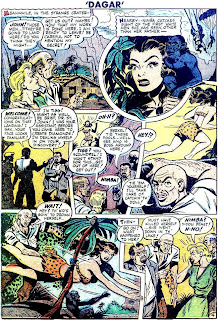 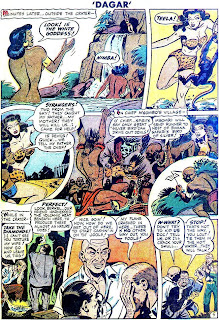 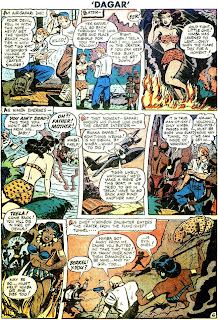 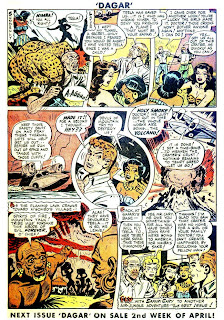 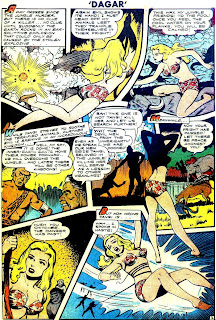 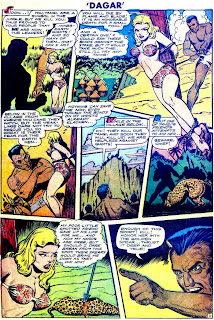 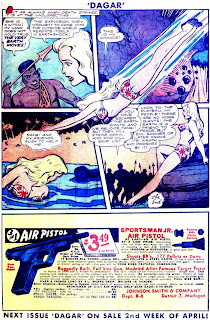 No surprise that the last page of Tangi resembles the 1st page of Camilla~! Where the Iger shop may be known for its use of floating heads~ all these Jungle books have scantily clad floating bods~ that often pop out and-or dash-dart panel to panel~!

I'm going to need a cold shower after reading that.

The art has a kind of Frank Robbins look. Very nice!

Wow! Near-naked wimmin and bondage too. Just the thing for warming me up on a cold winter's day. I obviously missed an important part of my education by ignoring these sort of comics when I was growing up.

Pappy: Next to last panel: "Safe, and my friends rush to help me!"

According to CGC, 'Damond' is the pen name for Edmond Good - Good artist, no pun. He published his own small line in the fifties.
http://lambiek.net/artists/g/good_edmond.htm

Thanks for all the leopard bikinis, Pap! And there all so nicely filled out!