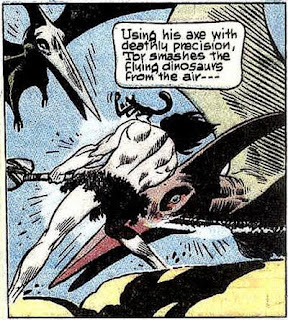 
Tor, a comic which was written, drawn and edited by Joe Kubert, is like a straight version of Alley Oop. No time machine or gags, but cavemen mixing it up with dinosaurs always remind me of V. T. Hamlin's Oop. A reason to forgive the nonsense and like Tor is because it's by Joe Kubert. Even if Joe's science was off, by this period in his career he was one of the best comic book artists in the field.

I wonder where he got the names Tik and Tok. Maybe he remembered an old Oz book by L. Frank Baum (Tik-Tok is a mechanical man), or he was listening to his clock tick off the time to a tight deadline. 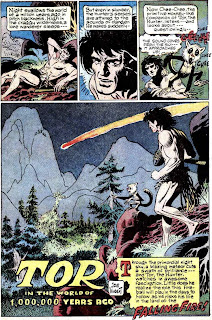 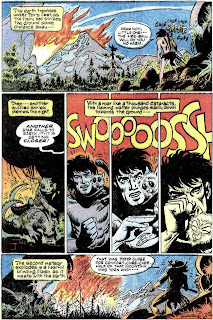 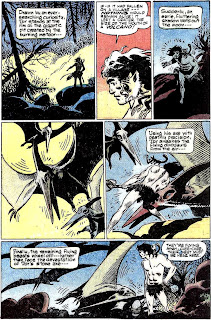 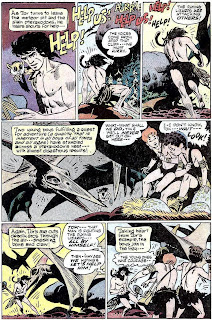 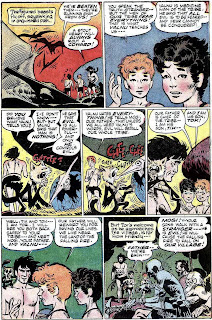 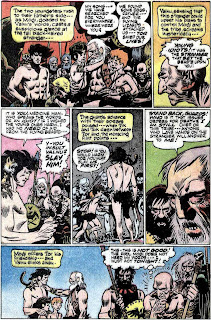 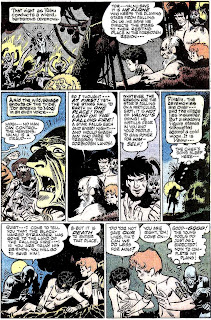 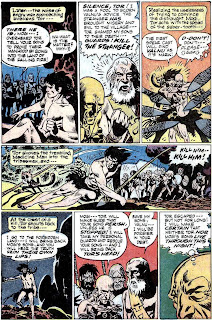 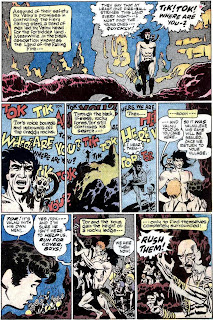 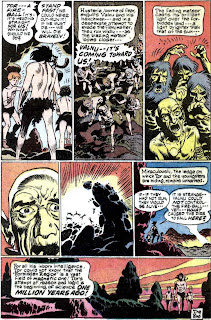 I'd like to express my deep appreciation to talented SQUA TRONT, also known as Paul Beatless, who has so thoughtfully supplied the 2009 Pappy Christmas card. Thanks, Paul!

Ray Harryhausen said of his film "One Million Years B.C." that he didn't make it for for "professors who probably don't go to see these kinds of movies anyway." I suppose the same goes double for comic books.

I'm not and never have been a "professor" but growing up in the late fifties/early sixties I was a dinosaur geek (like a lot of kids) and I remember that this sort of stuff really annoyed me - although becoming a superhero after getting bitten by a radioactive spider was fine.

Now I just look at it and think about how much I like the artwork.

In everything else I'm a skeptic, but when it comes to comics I can just shrug my shoulders and accept them for the fantasies they are. Radioactive spiders. Even dinosaurs and humans together.

Another part of my brain, though, tells me the early history of humans was probably dramatic enough even without dinosaurs, so if you took the dinos out of Tor you'd still have a good story.

I was the kid always wondering where the dinosaurs fit into the Bible... it's pretty obvious someone has been lying to us, um, for a couple thousand years now.

Great post Pappy, Kubert is amazing--- and so is Paul's xmas card!

Yeah, funny how even as a kid you're clued up enough to differentiate between what you read in comics or see in films and what's really real ...but are still willing to play along and suspend your disbelief just for the ride. Wonder if it might be the same with a belief in Santa (..er, not that he isn't real of course, kiddies... just that the jury is out).

On the other hand, I do remember once adjudicating in a school-yard argument over some confusion about whether cavemen and dinosaurs co-existed entirely due to 'One Million Years BC'. Being considered 'a bit of an expert' on the subject I had the last word. I also received an apology from a publisher following my incensed letter of complaint that they had mixed up illustrations of an archaeopteryx and pteradon. Rest assured they won't make that mistake again!

For Kubert, though... I'm willing to believe anything.

There are a dangerous number of people in the world today who believe dinosaurs and people coexisted. It's an argument I don't want to get into with them because they long ago brushed away any annoying facts that didn't affirm their beliefs.

Perhaps Alley Oop and Tor fit into their belief system

As far as dinosaurs and people living together, I wasn't around back then, I don't know.
As far as dinosaurs not being the focus of the Bible, doesn't bother me.
As far as Joe Kubert, Mort Meskin called and says he wants his drawing style back! Just kidding, I love the Kube! One of the greats of the Silver Age (and Golden, and Bronze, and...)
As far as Squa Tront's Pappy Christmas card, very cool!
Keep the faith, Pappy! Thanks for the posts!