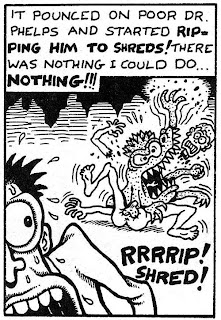 
J. R. Williams explained his collaboration with Peter Bagge, "Eat Shit Or Die," as being a satire on Basil Wolverton's comic book horror stories. The main character starts getting it in the neck early on, it gets worse and worse until the end when he's stuck permanently in an incomprehensibly hellish situation.

The poor unnamed scientist has got that and more in this funny, sick little comedy, done as an 8-page issue of Zomoid, published by Mr. 3-D, Ray Zone. Zone reprinted some of the Zomoid small press comics in his Zomoid Illustories in 1989, which is where I got my scans. 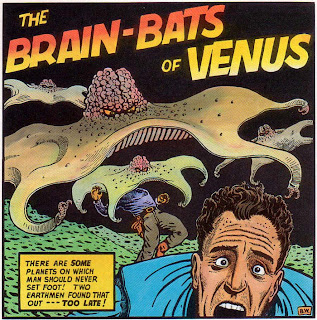 After you've finished with the parody, go to one of the creepiest original Wolverton horror stories ever published. It's "The Brain-Bats of Venus," available from The Horrors Of It All, scanned and posted by host Karswell in 2007. 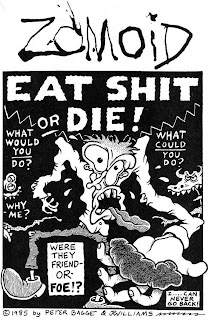 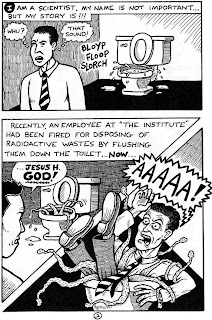 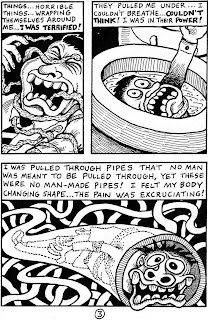 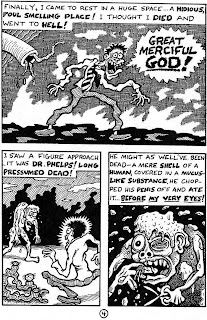 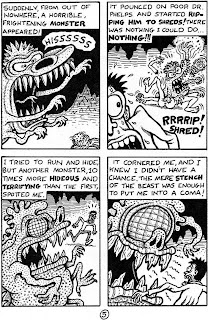 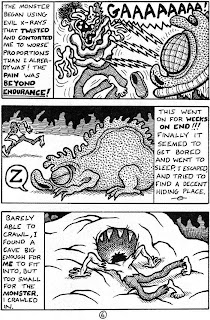 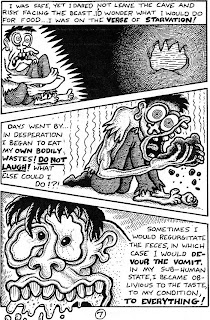 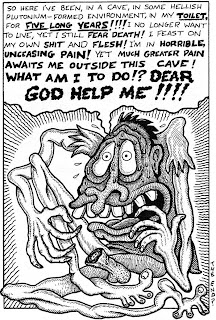 Good stuff Paps, nothing like a story loaded with hope for the holiday season! haha

Thanks for the plug too!

Just dropping by on this cheery Christmas tale to wish you a Merry Christmas, Pappy! -- Mykal

I get more family friendly with my next posting Wednesday, December 23: a Dennis the Menace classic by Fred Toole and Al Wiseman.