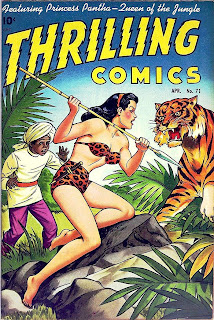 
In the next-to-last entry in our Pappy's Jungle Girls week we switch from Africa to Hawaii. Princess Pantha, lush jungle femme, was featured in Nedor's Thrilling Comics, which was once the home of superheroes, but after the war diversified into the realm of jungle cheesecake. I love the line on the cover, "Featuring Princess Pantha — Queen of the Jungle." Uhhhh, guys, she's either a princess or a queen...she can't be both.

The cover, by Alex Schomburg, is one of his usual superb illustration jobs, although it appears he has relocated Pantha to India.

There is an emotional component to this story, "The Jungle of Despair," from Thrilling Comics #71, 1948, that we usually don't see in this sort of comic. The loss of a child and the aftermath of grief is surprising, but this is a comic book, so the action comes first. The artwork is by Artie Saaf, who did an excellent job.

Chuck Wells at Comic Book Catacombs is also showing jungle girls this week. You can find them here. 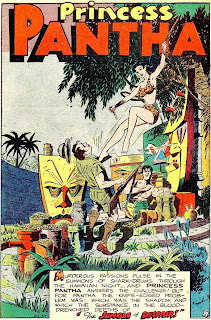 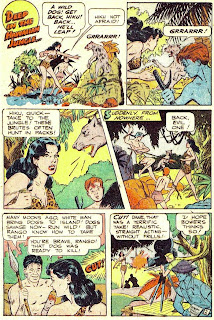 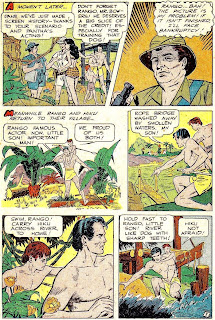 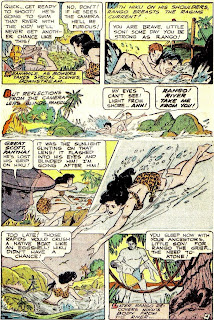 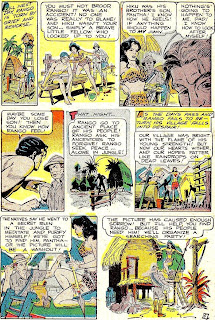 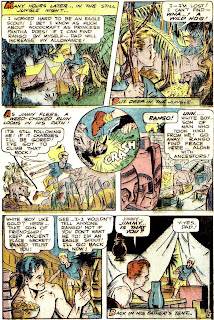 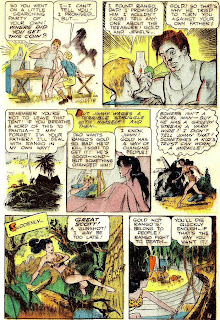 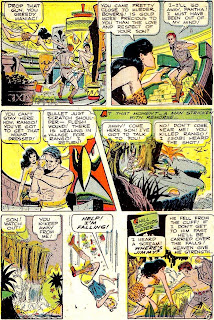 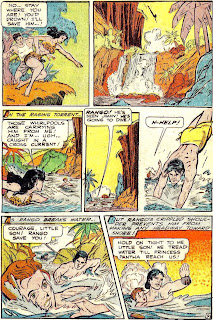 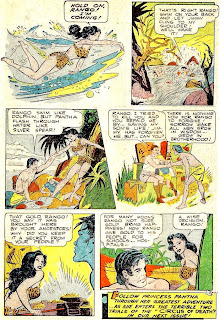 TOMORROW: Last day of the Jungle Girls Week with Fantomah, Daughter of the Pharaohs!