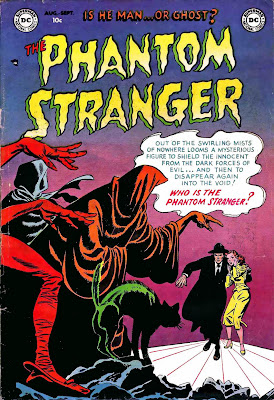 [SPOILER ALERT] This is shown with a caveat: it's a story that appears to be supernatural but is shown to be a hoax. That was a basic trademark of DC's mystery comics line, which during the horror comics fad of the early '50s fell short of horror due to the debunking done in virtually every horror story. There's a fictional tradition of this type of mystery, and while a gimmick, it's a clever gimmick. For those who prefer their supernatural straight with no twists at the end to spoil the illusion, years later DC went full-bore into the supernatural, including the stories featuring this character.[END OF SPOILER]

This first series featuring The Phantom Stranger had a short run, just six issues. It was edited by Julius Schwartz.

This story is written by long-time DC scripter John Broome, and is drawn by Carmine Infantino and Sy Barry. 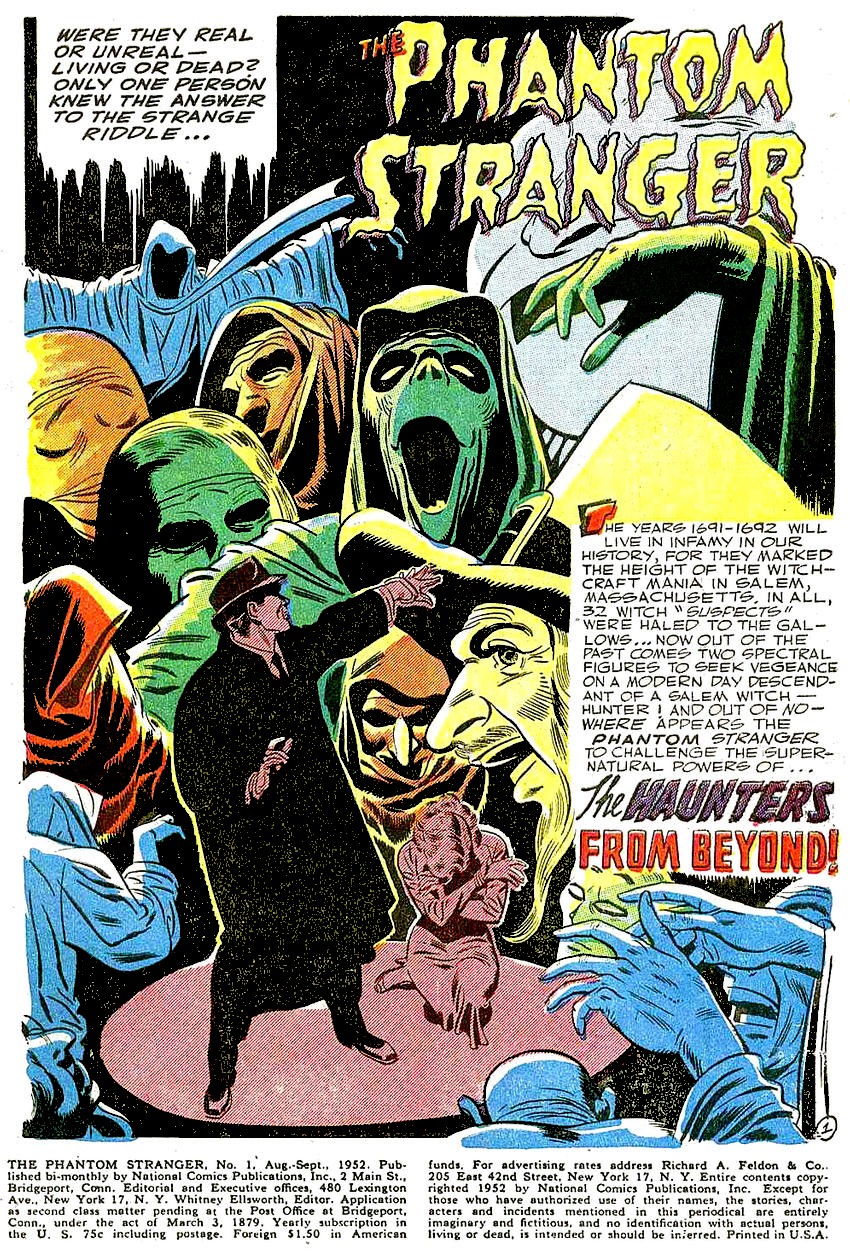 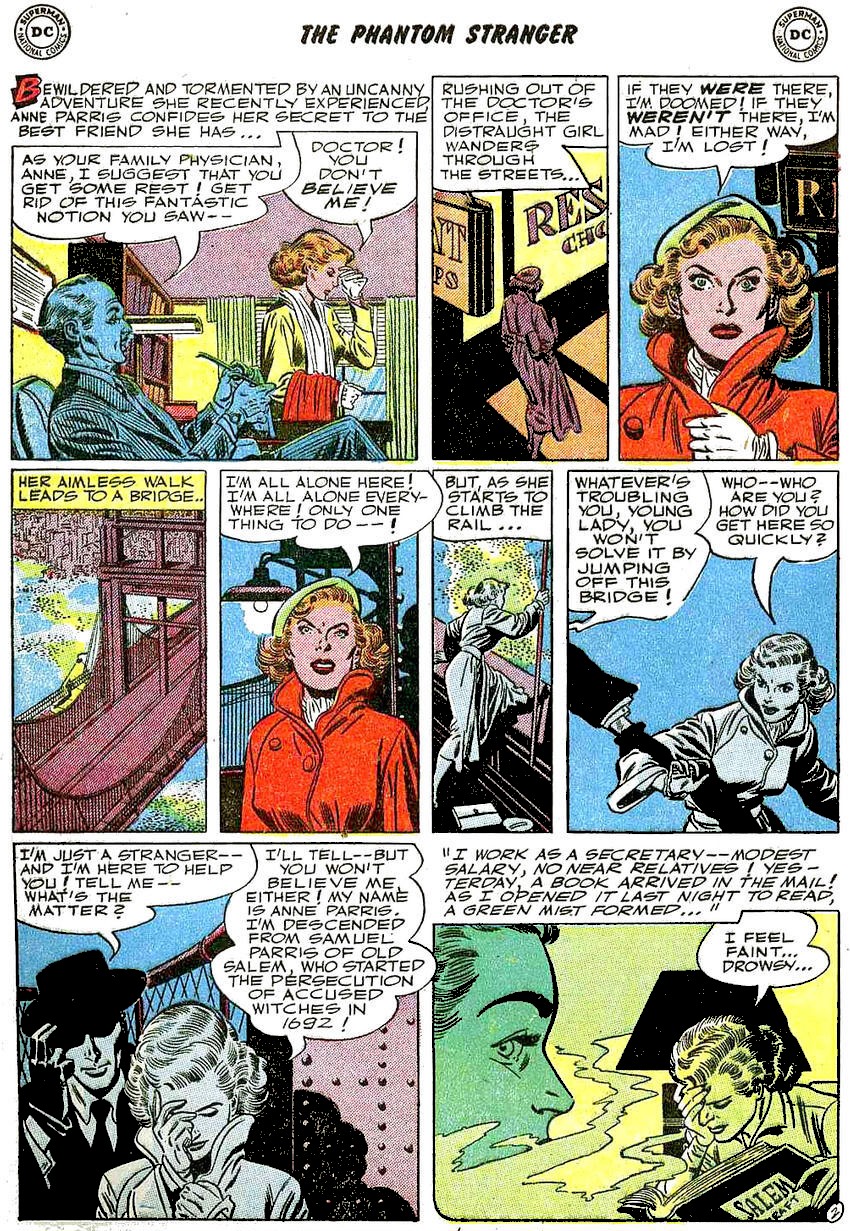 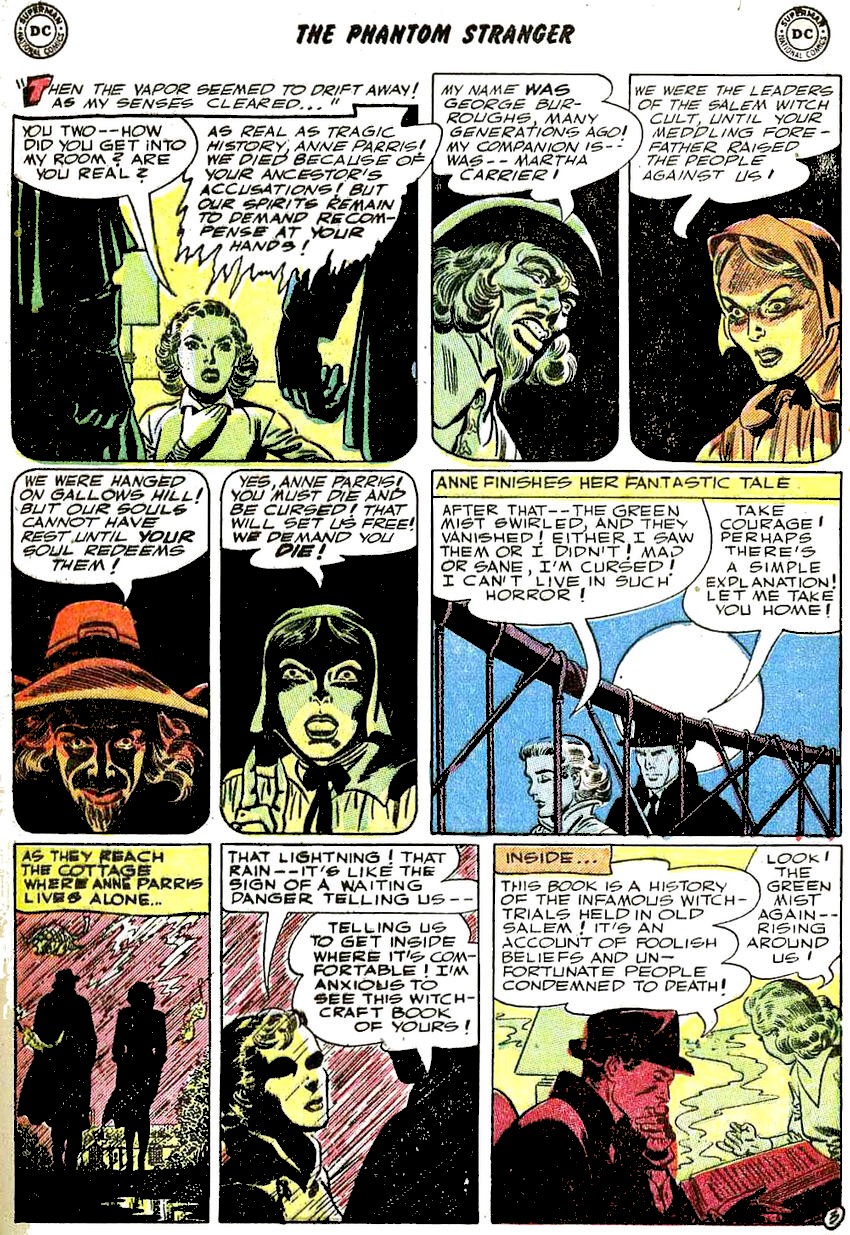 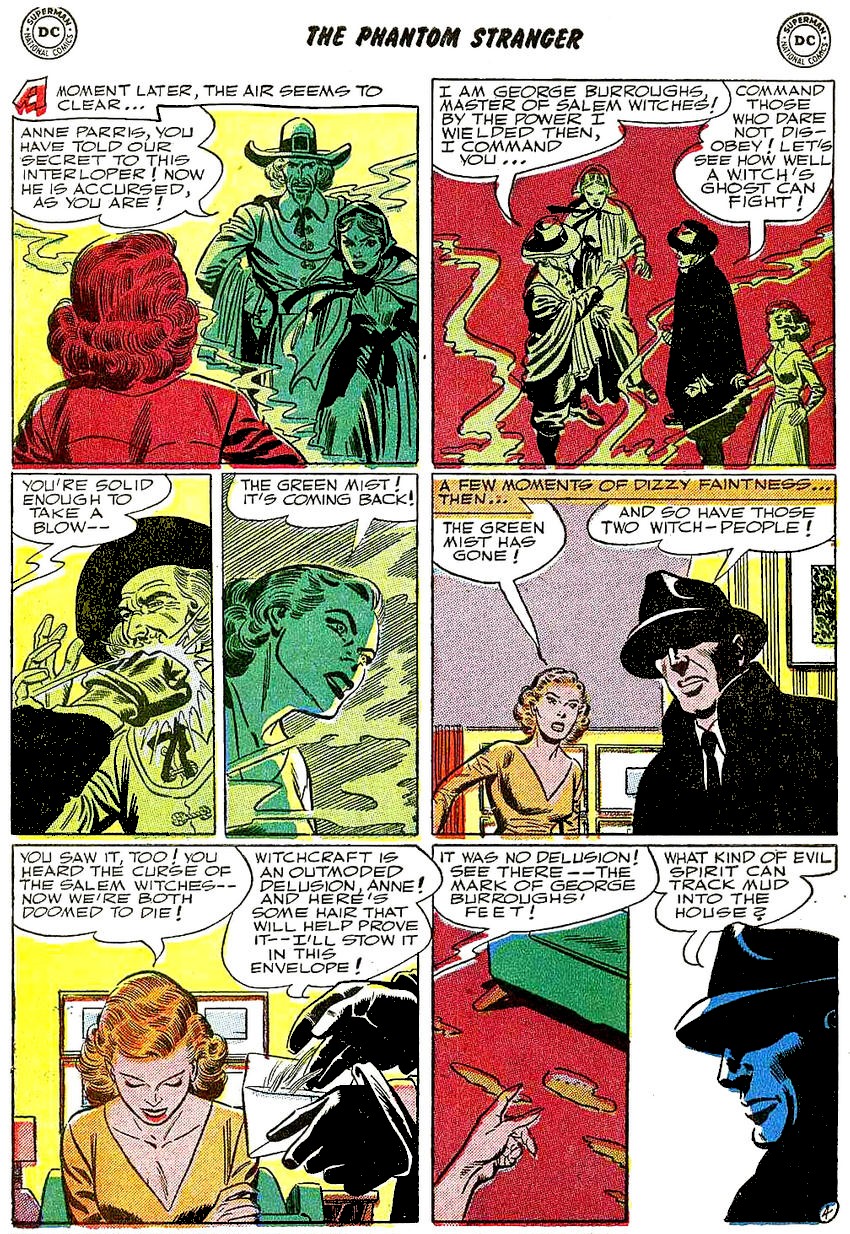 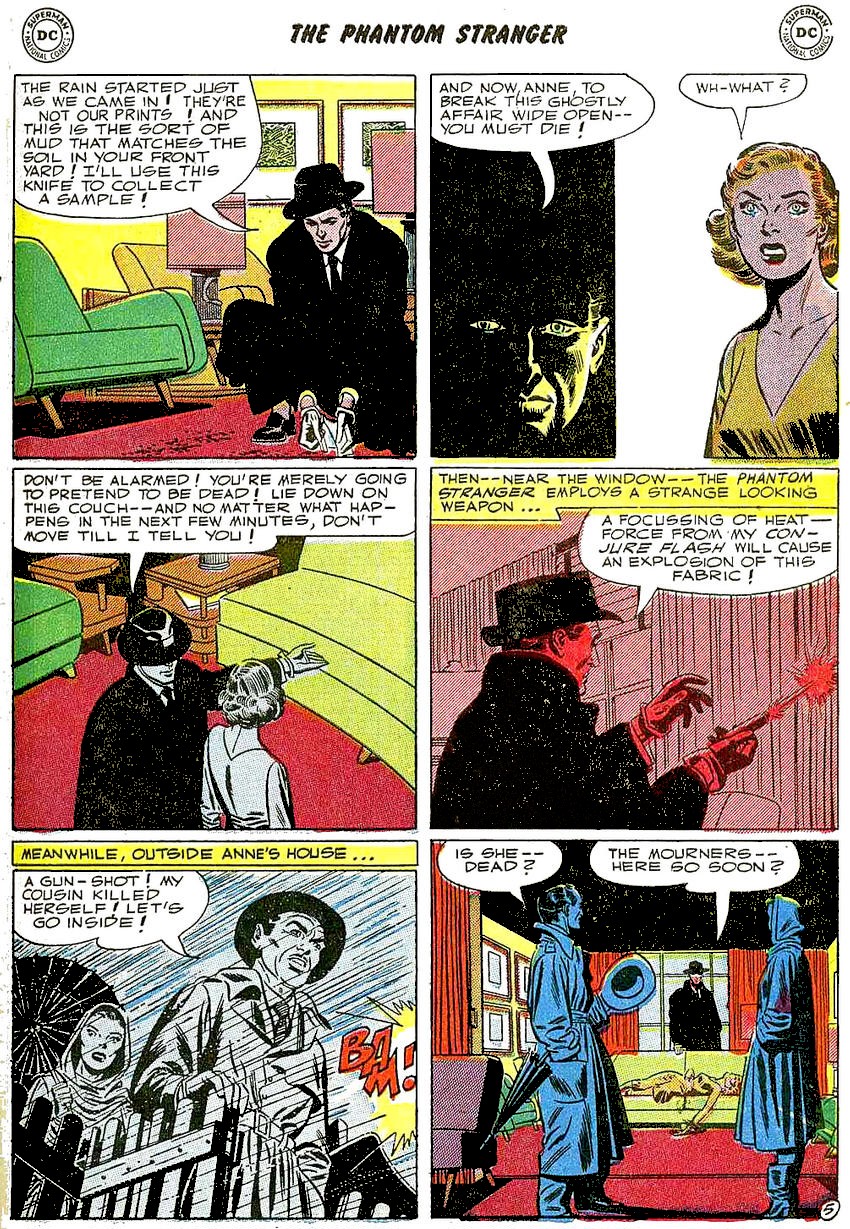 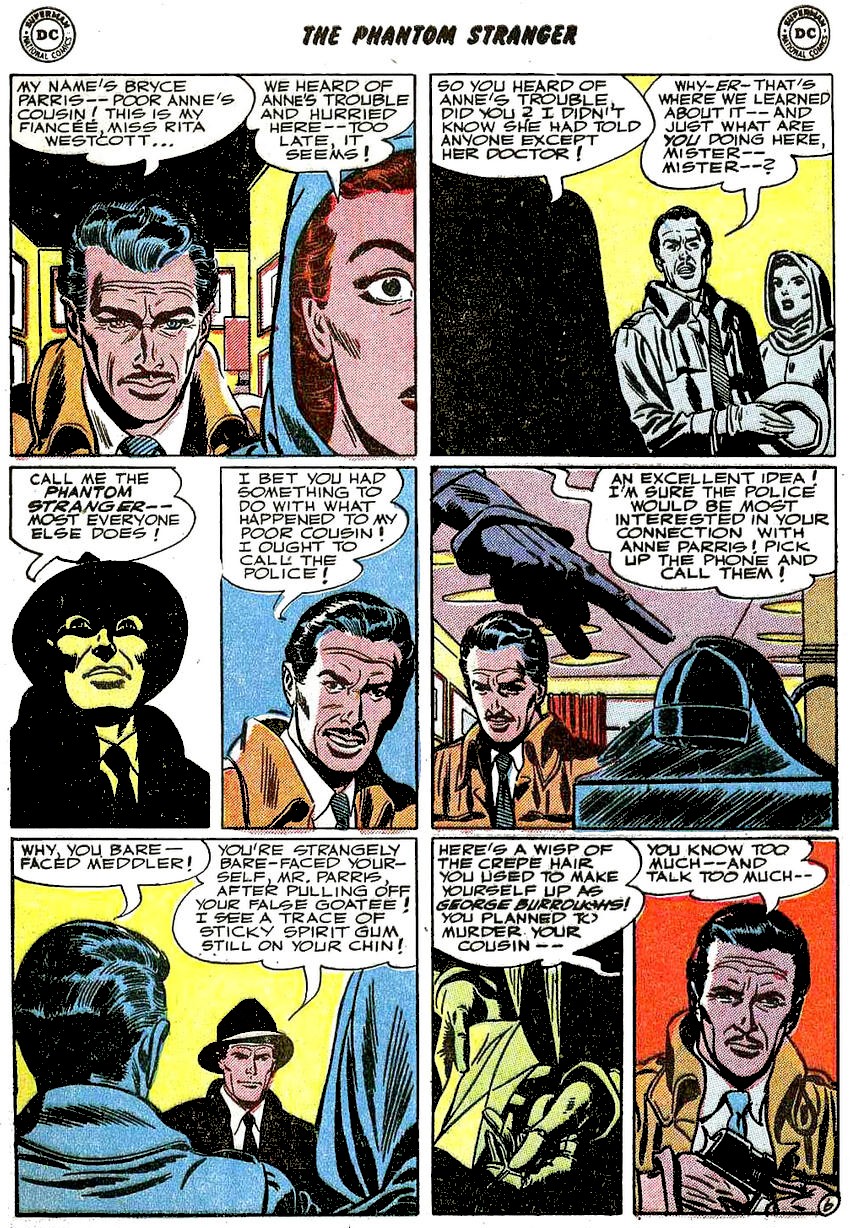 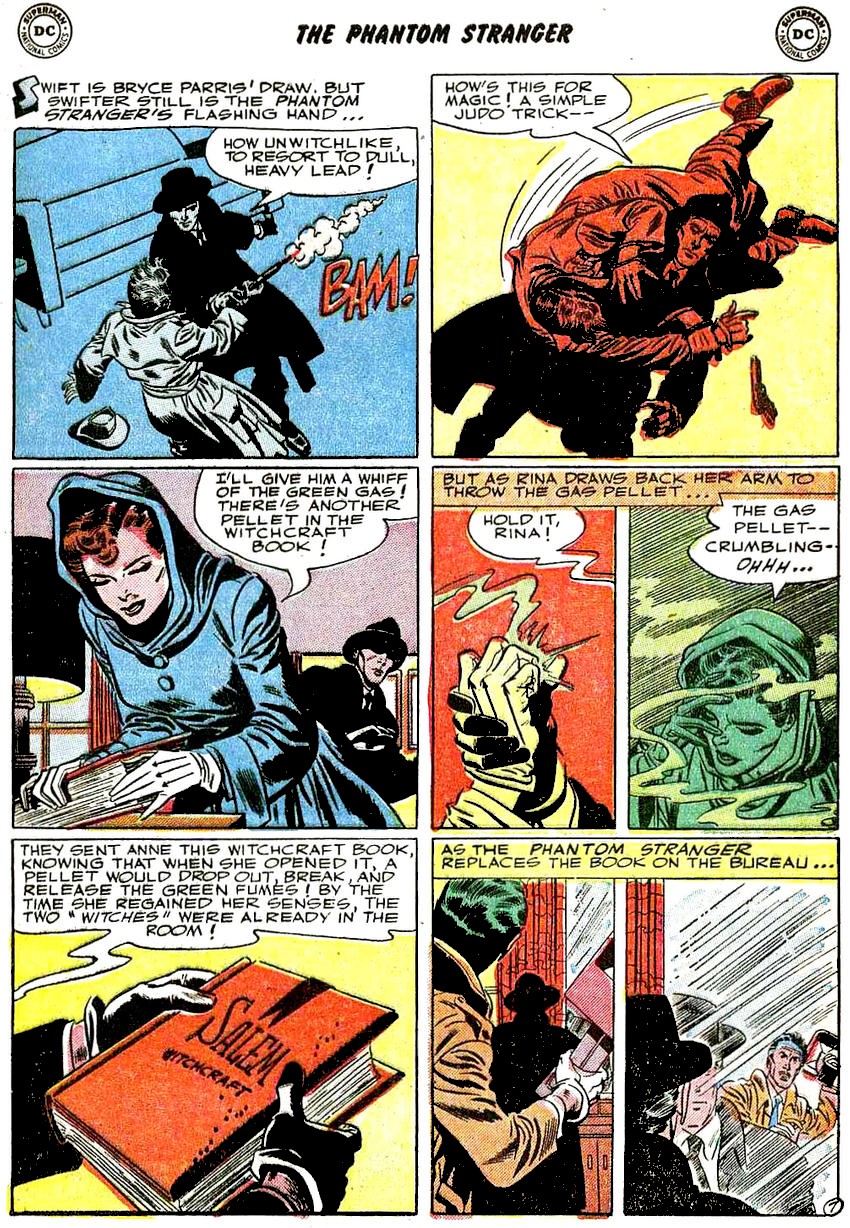 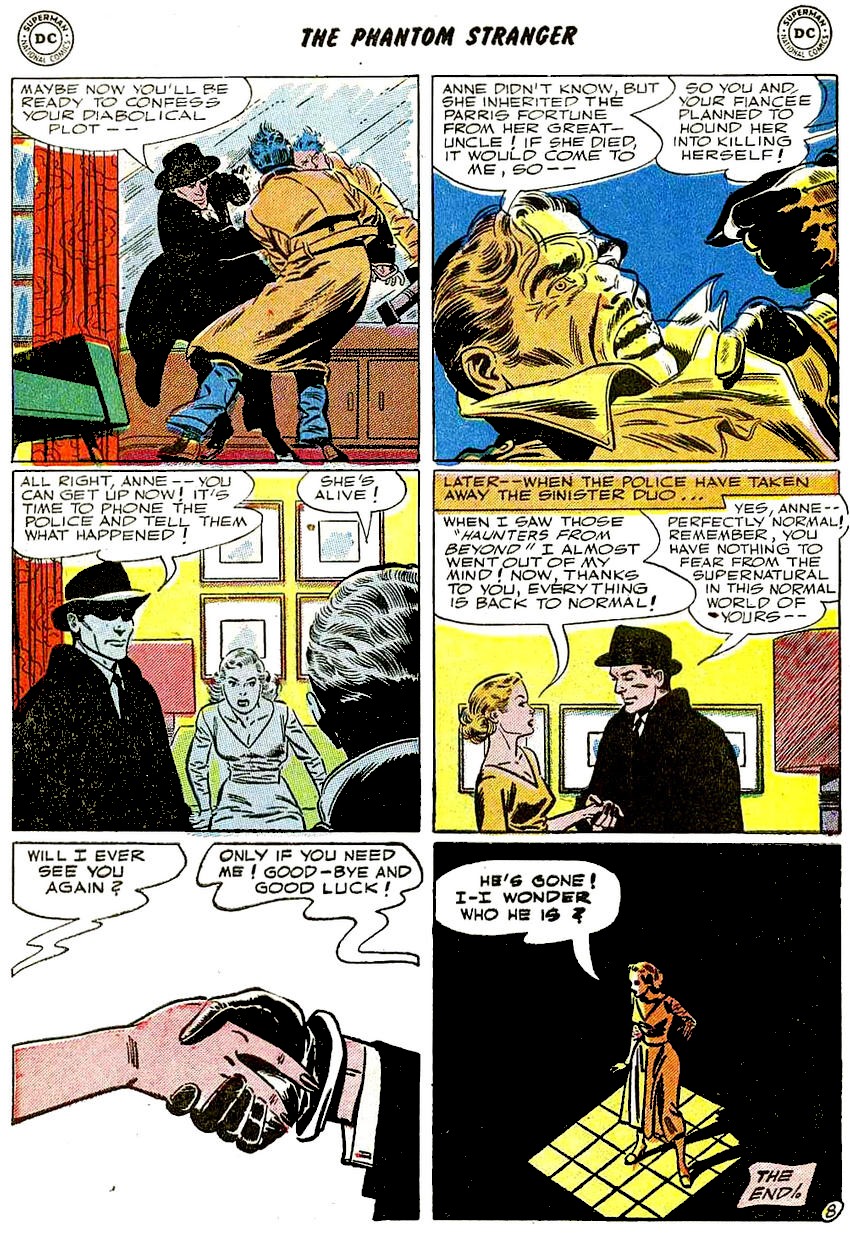 Pappy,
That's just the way I like my tales of the (so-called) supernatural. Too bad DC's change of attitude on this turned Doctor 13 into an (apparent) moron.
:-(
Darci