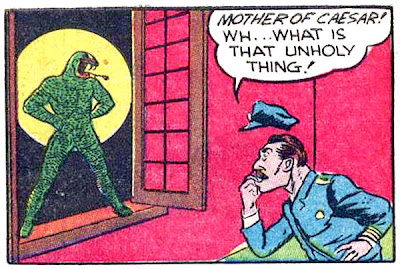 There’s an inside joke in this Steel Sterling story. Charles Biro wrote his buddy, Bob Wood, into the story as “Pig-Pan Wood.” His face, we are told on the wanted poster, “resembles that of a pig.” I wonder if Wood had any foreknowledge of this alleged joke, or what he thought of it.

About 15 years later Wood killed a woman in a hotel during an alcoholic binge. That tale is told in Blackjacked and Pistol-Whipped, Crime Does Not Pay. It’s an excellent anthology of lurid stories from the Biro-Wood edited Crime Does Not Pay comic book, which had its own nefarious history. These pictures of Bob Wood and Charlie Biro are from the book: 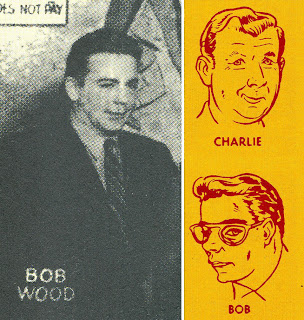 If anyone had a pig-pan it wasn’t Wood.

I found a real Pig-Pan — the resemblance is striking, you must admit — while surfing through some local mugshots. Yes, I entertain myself, not only by reading comics, but gawking at ID photos of people who end up in jail with their pictures posted on the Internet. The man whose photo this is was charged with “failing to register as a sex offender.” 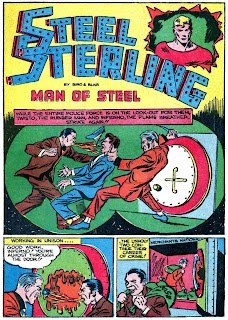 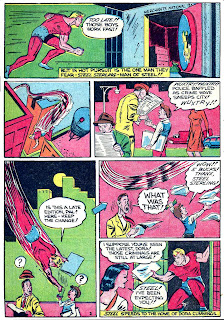 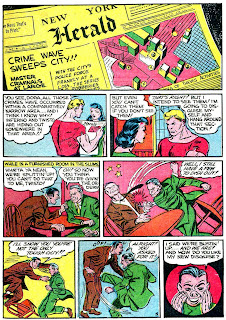 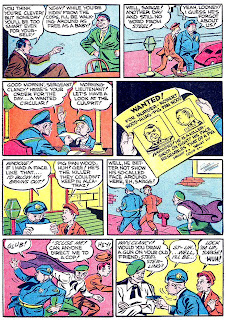 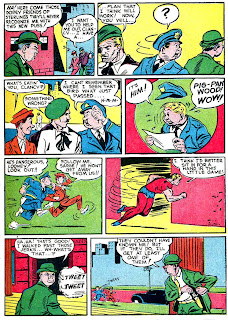 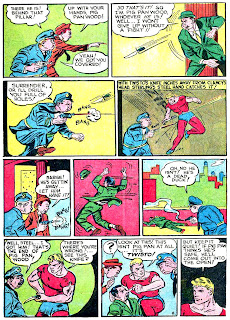 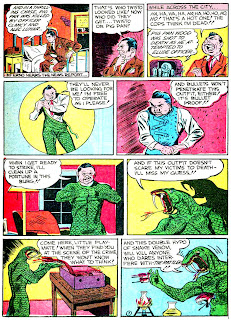 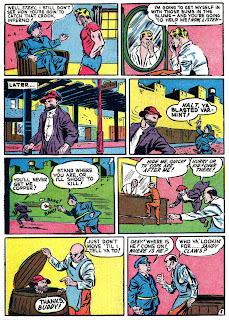 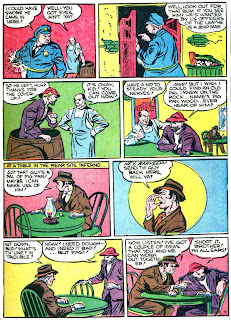 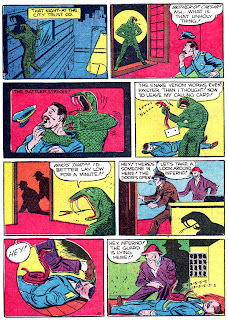 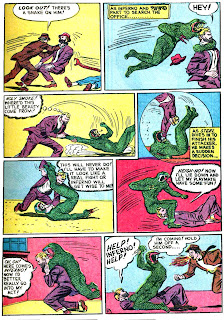 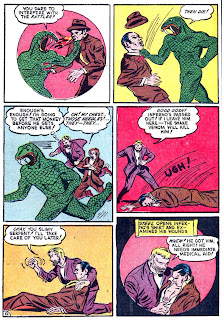 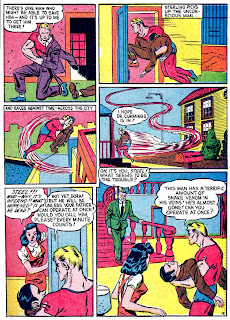 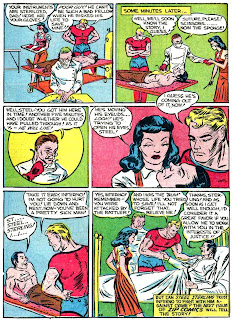 I've always been of mind that you can do two things in comics: You can have good writing and/or good art. If you don't have either of those, you can go right for sensationalism, which has it's own lowly pleasures.

This goes to show it. Neither Biro or Wood were all that great at what they did, and when either worked in an area without sensationalism, it's pretty flat. This story itself has all sorts of unnecessary side avenues, and the art can charitable be called "workable."

Add guns, death, blood and babes, and then it works. I also highly recommend the Crime Does Not Pay book. Writing and art are pretty bad in places, but it makes up for it with gratuitous bread and circuses.

I agree with your assessment, Brian. In retrospect sensationalism, gore and violence really worked for the team in their careers. But various other projects Biro worked on after the Comics Code was instituted fell flat. By the time of the Code the crime genre was probably played out, anyway.

I'd note that Twisto seems to be amongst the precursors of Plastic Man.