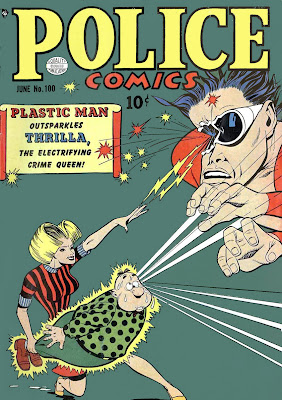 This is the final posting of four this week, spotlighting Quality Comics. I really enjoyed presenting these theme weeks, and will do this again sometime.

Plastic Man, star of Police Comics since its first issue, was on his way out. After this issue Plas would appear in Police Comics two more times, then be replaced by a couple of crimefighters in civilian clothes, Ken Shannon, Private Eye and T-Man Trask. I’m sure the Plastic Fans of the day felt let down when they saw what had befallen the title.Plas went on for another few years in his own title, filled with a lot of reprint material, and then was sold to DC Comics along with Blackhawk.

This story is credited to Cole, story and art, by the Grand Comics Database. I’ve been snake-bitten a time or two by identifying Jack Cole as artist, so I’ll leave it to more knowledgeable fans to determine if this is a Cole-solo, or as was often the case, whether he was assisted by others. 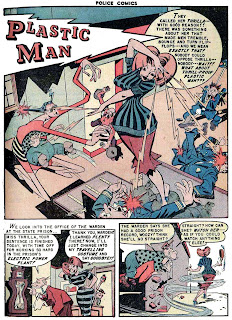 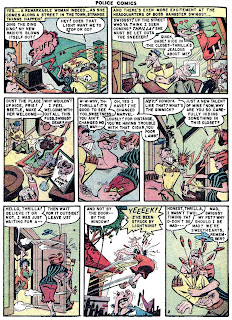 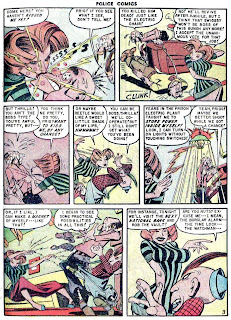 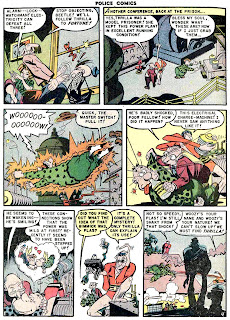 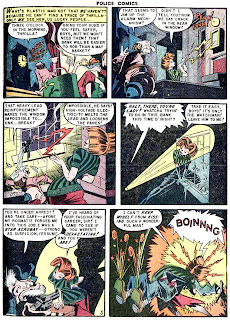 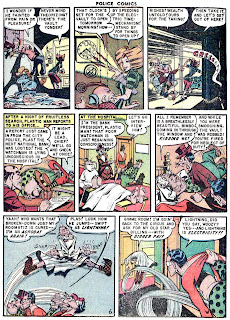 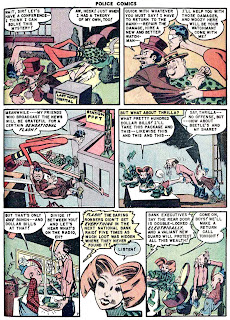 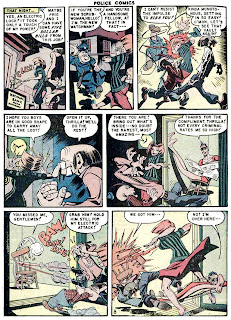 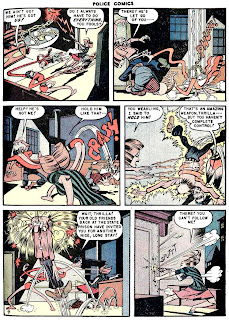 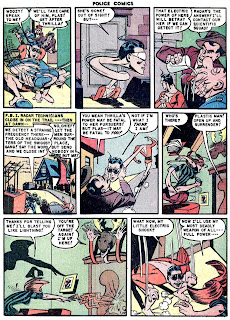 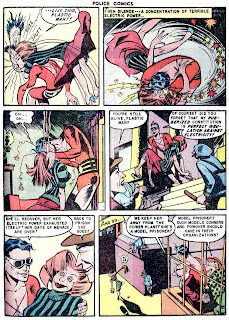 Well, it's Jack Cole's sensibility, at any rate. Wild stuff.

Can't say for sure if it's Cole, but to my inexpert eye, I'd say so (now that I've said that, of course, I'll get smacked like a red-headed step child). Whomever is responsible, I like the tremendous movement. And, not for nothing, Thrilla is hot as hell.

That's the best plas story I've ever seen. It's energetic, the art is great, the jokes all work, and unlike a lot of nudge-wink type stories, it really wears the sexuality of the villain on it's sleeve. They aren't even trying to be sly about it.

Thanks for the comments, Plastic Fans!

It looks like Jack Cole's pencils, at least. I think Thrilla looks like a precursor to the kinds of sexy babes Cole did for Playboy just a few years after his stint on Plastic Man.