Number 1247: Blondie of the late thirties 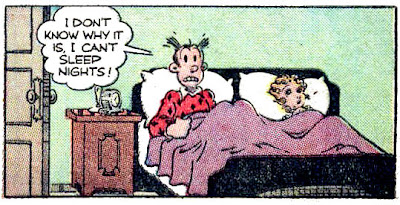 Blondie (the comic strip and not the rock band) is now 82. Even though creator Chic Young died years ago, his son Dean keeps the strip going with artists working close to Chic Young's style. And why not? The strip has been successful through the Great Depression, World War II, the Cold War...and right on up until now, in its own ageless world. You look at the modern Blondie and there just isn't much different from these Sunday strips of 70-plus years ago, taken from Feature Book #29, a reprint from 1941.

I believe with newspapers being replaced gradually by electronic media in a few years the comic strip as we know it may just disappear from print. But I'm guessing that no matter what form it appears in, you'll probably still see Blondie. 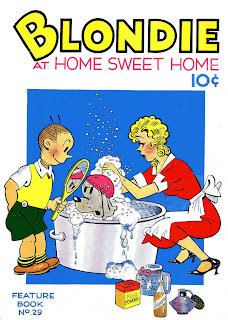 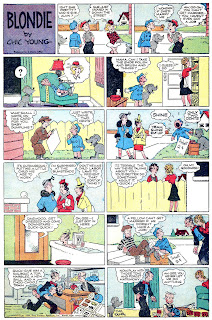 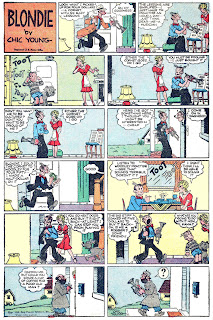 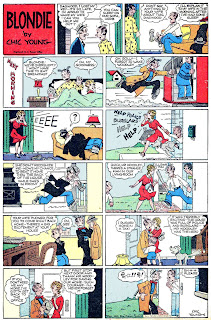 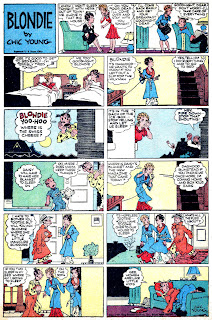 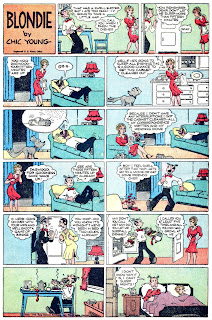 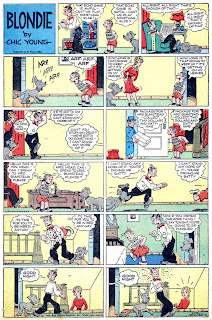 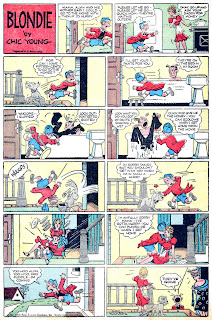 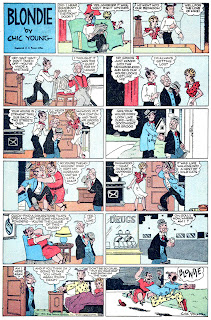 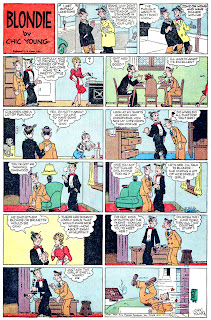 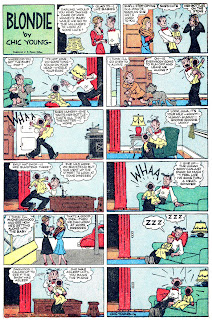 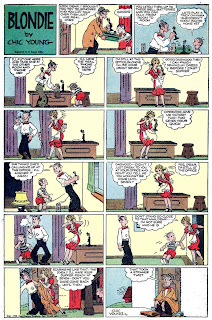 Love the cover on this one! The strip inside, edited to comic BOOK format from STRIP format weems even more dense than usual because of Young's panel form...I mean WOW, 6 rows per page...and every one of them gorgeous!

Even back then Blondie & Dagwood slept in the same bed!! No twin beds for the Bumsteads.

Blondie hasn't made me laugh in years, but those strips from the 1930s are pretty funny.

Jim, yeah...how'd Chic Young get away with that? I mean, they had a kid so they obviously did something in that bed other than sleep.

Kirk...no Cookie until later, and at the time Alexander's name was Baby Dumpling.

Jeff, I agree. It's in the drawing, and you got a lot in the Sunday funnies in those days. Kids got a lot for a dime when they bought this Feature Book, too.

The twin beds even for married couples were in the movies & later, television. No such restrictions for the comics.

Few remember that Dagwood was from a rich family and lost his inheritance by marrying a commoner.

rnigma, according to that Fount of Inexhaustible Knowledge, Wikipedia, Alex Raymond also assisted Chic Young on “Blondie” at some point.

Dave, Blondie was a flapper, and her name was Blondie Boopadoop!