Number 1248: Rangers of Freedom and the Super-Brain 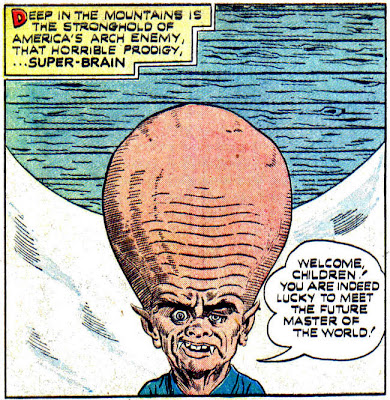 Some planning was done at Fiction House's comic book line in 1941. War was coming, men were being conscripted, so how to involve the kids and entice them to buy their comic books. In Rangers of Freedom three boys, “the best specimens of American youth,” get the opportunity to battle America's enemies.

The comic's creators probably figured it was a good idea to leave out any parents, because this was fantasy, after all. Many a child may have dreamed of kicking enemy butt in World War II, but their real-life tasks were simple yet important: collect scrap, newspapers, grease and fats, and buy war stamps every week. Use those dimes for defense instead of comic books.

The boys calling themselves Rangers of Freedom are sent to fight an internal, not external, enemy. Some mind force is turning Americans into lunatics. It turns out to be a guy with a really big head called Super-Brain. The artwork on this story is excellent, some of the best Golden Age art of that era I've seen. It's by Joe Doolin, who worked for Fiction House during the 1940s, and whose distinctive covers sold millions of comic books.

Someday I'll show episode two in this story. Rangers of Freedom didn't last long, just seven issues. The name was changed to Rangers Comics, a name it kept until its demise a decade later. 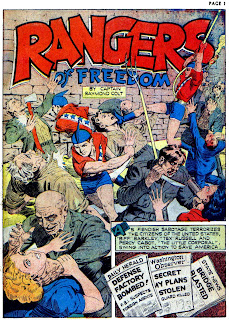 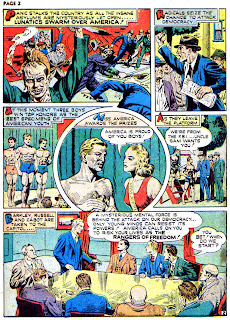 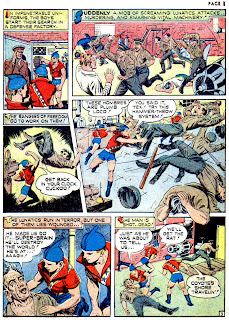 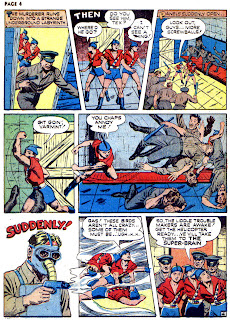 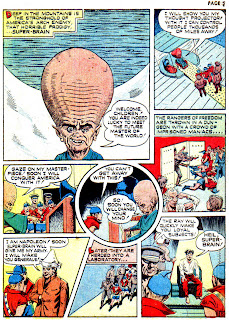 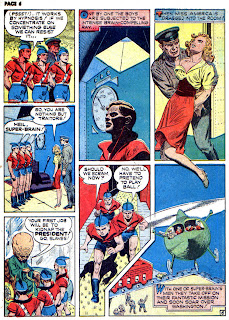 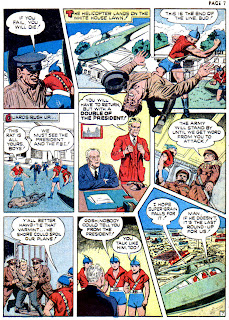 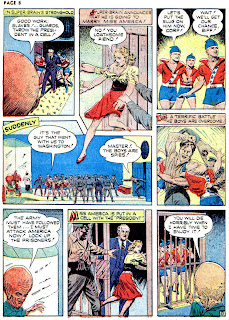 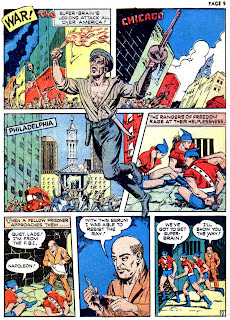 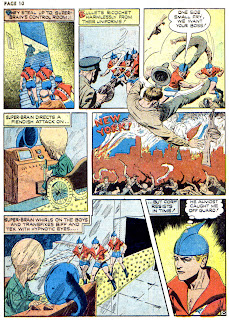 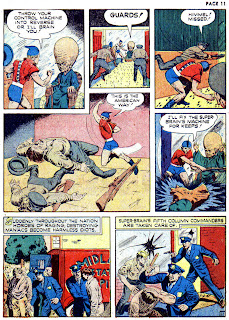 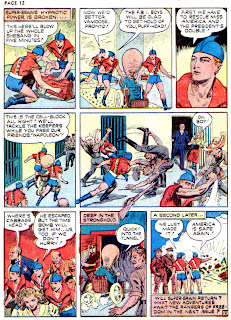 Not bad at all, Pappy! I've also run some Doolin art on a few jungle tales over the years. His artwork definitely deserves the attention.

Chuck, I wonder what he did before comics? He was definitely a fully formed artist at this early time in the industry.

Who knows, but Doolin must have surely have shared other golden agers appreciation for the top of the line syndicated newspaper guys like Raymond and Caniff.

Pappy,
Rangers of Freedom Comics #1 was cover-dated Oct 1941, so presumably it was written about July. Trying to remember what was going on at the time, I came up with 3 items:
1. Roosevelt ordered all German and Italian assets in the U. S. seized. In return, their consulates were closed.
2. Germany launched Operation Barbarossa against the U. S. S. R.
3. The BBC calls on the people of occupied Europe to resist the Nazis.

In the next issue, Miss America would be revealed to be Lt. Gloria Travers, WAAC. In the third issue, she became Ranger Girl.
Thanks!

Darci, I'd say Rangers of Freedom was written earlier than July, but I'm splitting hairs. All of Nineteen forty-one was a headlong slide into war. The folks who published comic books were feeling the tidal wave of what many felt was inevitable, and jumped on the bandwagon.

I appreciate you giving us the history lesson, though. It's always interesting to put fiction in context with history.