I always liked Ramona Fradon's artwork; she worked on the Aquaman backup strip in the 1950s and into the early '60s, then drew Metamorpho. The last work I saw by her was on Super Friends in the 1970s. I thought she had one of those great old-fashioned styles, solid drawing and cartoony exaggeration when necessary. This story, from House of Secrets #116, February 1974, is one where that exaggeration plays a part. It doesn't look all Fradon to me, more like a collaboration of Fradon and Jerry Grandinetti. If it is then Grandinetti isn't credited, or maybe it was just Ramona being influenced by his style. Writer David Michelinie plays on the Poe-esque premature burial idea, but why set the story in 1923? I dunno. It's a good story, though. It observes Pappy's First Law of Horror Comics: "The main character shall be as awful and unredeemable as possible, to justify his horrible fate." Yet it is Code approved. By the early '70s, after twenty years and the rising age of comic book readers, the Code was backing down from prohibiting horror themes. 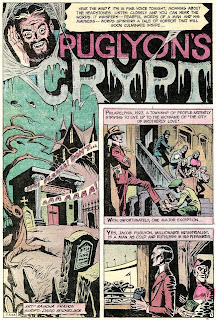 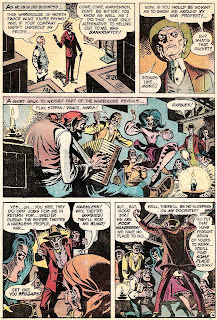 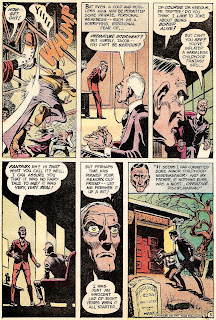 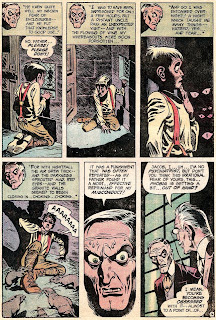 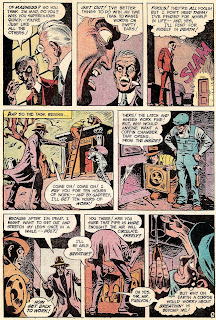 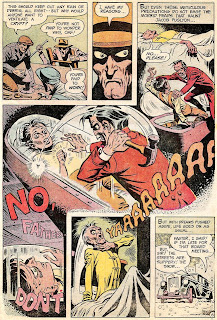 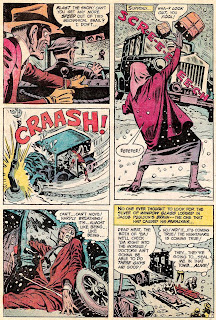 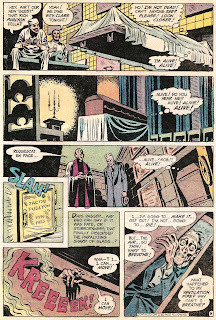 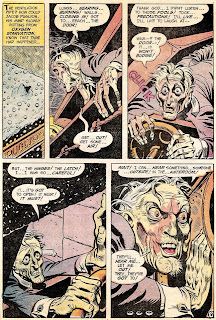 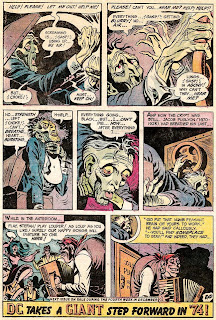 I wonder if perhaps this might not have been done from layouts by Joe Orlando, who (if memory serves) was editing DC's horror line at the time. I seem to recall reading somewhere that he liked to draw the occasional story, just to keep his hand in.

It looks a little restrained, layout-wise, for Grandenetti, and to my eyes anyway his style and Orlando's, especially in the 60's and 70's for Warren and DC, looked similar.

Either way, you're right- this is really loose for Fradon.

This can't be good for my rep, Pappy, but I first saw Fradon's work on Brenda Starr, which she did for over a decade.

Thanks for posting this great story. I remember reading it in the original comic when I was nine. It made an impression. Everything Ramona Fradon did for HOS and HOM was great. DC published a Dorian Grey inspired story, illustrated by Fradon, a few months after this one in the March '74 issue of House of Mystery. It's worth checking out as well.

I'm a big fan of Ramona Fradon. I'm still very fond of her run on Plastic Man in the 70s (my favorite of her work, probably because I bought those comics as a kid, off the spinner rack when they first came out). She's been selling sketches at conventions lately and her drawings still have the same level of skill and charm!

I'd forgotten about Fradon's Brenda Starr work. I didn't see that strip in any newspaper I read.

I'm glad Ramona is still active, selling sketches at conventions. There have been too few women comic book artists, and she deserves a lot of credit for the fine work she did.

Check out the Showcase Aquaman volume for her work in Adventure Comics. That strip was the first work I ever saw by her, before I knew her name. I really liked her artwork, layouts, and the way she drew fish!

I've always wanted to meet Ramona, but I don't think she's ever gotten to my neck of the woods. At least not in recent memory.

She's a very talented lady and her Metamorpho stuff rocks!

hi this my blog of cartoon animations and shorts and inspirational movies. Please take a look. If you found interesting please give a link to my blog.
Thanks and regards
Jassy

My first visit to your blog and am loving it already. I also enjoyed Ramona's stuff; someone here mentions Metamorpho and that twigged a childhood memory. I remembered that I had believed Sapphire Stagg in those comics to be a self-portrait of Ms Fradon . . . did i make that up?
I also remember this particular story; however i really never bought HoM or HoS . . . .If i had seen it here without any comment from you i would have thought "ah this is a story from Plop" which I did buy. Does anyone know this stories reprint history?